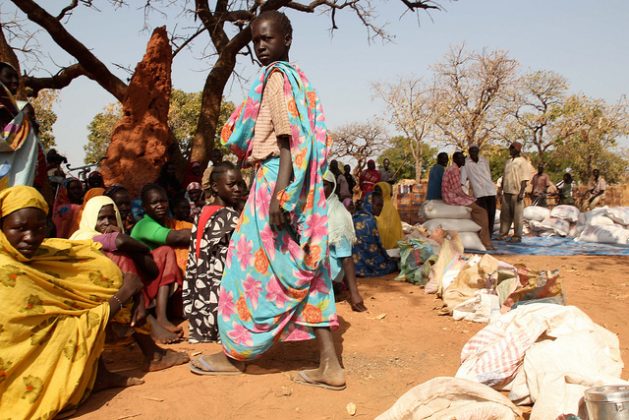 “There’s been very little accountability in South Sudan for what is chronic, endemic problem of sexual violence against women and girls,” the Office of the U.N. High Commissioner for Human Rights says. Credit: Jared Ferrie/IPS

UNITED NATIONS, Feb 19 2019 (IPS) - Women and girls continue to face the brunt of violence in the northern region of South Sudan with persistently high and brutal levels of sexual violence, a new report found.

Despite the signing of a peace deal nearly five months ago, United Nations investigators have found an “endemic” rise in cases of sexual violence in South Sudan’s Unity State.

“There’s been very little accountability in South Sudan for what is chronic, endemic problem of sexual violence against women and girls,” said the Office of the U.N. High Commissioner for Human Rights’ (OHCHR) spokesperson Rupert Colville.

“Virtually complete impunity over the years, as a result, very little disincentive for these men not to do what they’re doing,” he added at the launch of the report.

U.N. human rights chief Michelle Bachelet also expressed concern over the widespread issue, stating: “The volatility of the situation in South Sudan combined with the lack of accountability for violations and abuses committed throughout Unity, likely leads armed actors to believe that they can get away with rape and other horrific forms of sexual violence.”

Between September and December 2018 alone, at least 175 women and girls experienced sexual and physical violence. Of these cases, 64 were girls, some as young as eight years old.

U.N. Missions in South Sudan (UNMISS) and OHCHR researchers found that most of the victims were attacked on roads as they traveled in search of firewood, food or water, commodities which have been limited since the start of the conflict in 2013.

One woman recounted her experience, stating: “We women do not have a choice…if we go by the main road, we are raped. If we go by the bush, we are raped…we avoided the road because we heard horrible stories that women and girls are grabbed while passing through and are raped, but the same happened to us. There is no escape—we are all raped.”

The 30-year-old survivor was raped on three separate occasions, each time around the same location to or from food distribution sites in Bentiu.

Almost 90 percent of the women and girls were raped by more than one perpetrator and often over several hours, the report found.

The report also observed that many of the attacks were premeditated and organised, stating: “The ruthlessness of the attackers appears to be a consistent feature of sexual violence documented during this investigation.”

In another incident in November, a woman who was two months pregnant suffered a miscarriage after being gang-raped.

Survivors also described being beaten with rifle butts, sticks, and cable wires if they attempted to resist or after they were raped.

A 50-year-old survivor told investigators she was beaten after trying to keep armed men from taking her 25-year-old daughter.

“Some of them threw punches and kicks on me for not allowing them to take my daughter. Those armed men were just like my sons, but they were so cruel. They do not have mercy,” she said.

Among the factors that have contributed to the rise in attacks against women and girls is the large number of fighters on “standby” mode awaiting disengagement and withdrawal.

Though a peace agreement was signed in September 2018, the new transitional government will not be put into effect until May, leaving members of numerous armed forces in limbo.

“A lot of these young men who are heavily armed, are just waiting around…This is a very toxic mix, and there are also youth militia which some of these official groups ally with and you don’t know exactly who they are; they’ve been heavily involved as well,” Colville said. 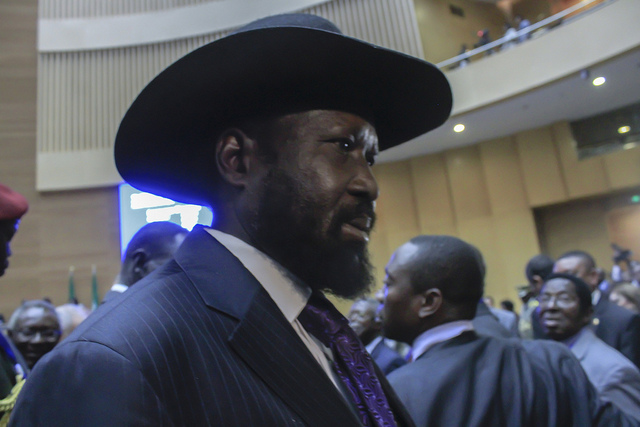 President Salva Kirr of South Sudan. The United Nations has urged Kirr to carry out investigations and seek justice for survivors of sexual violence in the northern region of the country. Credit: Elias Asmare/IPS

Impunity and the lack of accountability have also led to the normalisation of violence against women and girls, and both UNMISS and OHCHR have urged President Salva Kiir to carry out investigations and seek justice for survivors.

Upon hearing about reports of mass report, an investigation was carried out by a South Sudanese committee. However, they denied the allegations and declared that the rapes were “not a true story.”

While the current peace deal seems volatile, it is increasingly urgent for the new South Sudan to act and protect women and girls.

“Sadly, we have continued to receive reports of rape and gang rape in northern Unity since the beginning of this year,” Bachelet said.

“I urge the Government of South Sudan to take adequate measures – including those laid out in the peace agreement – to protect women and girls, to promptly and thoroughly investigate all allegations of sexual violence and to hold the perpetrators accountable through fair trials,” she added.