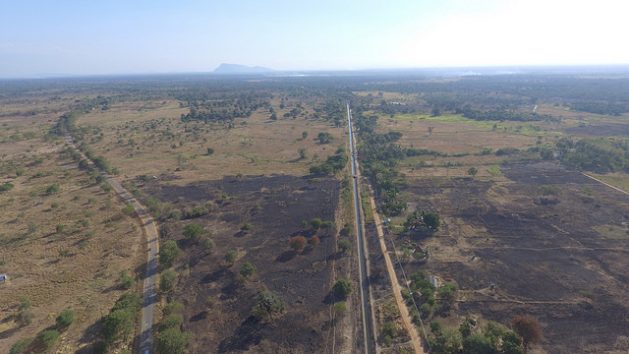 UNITED NATIONS, Mar 2 2019 (IPS) - As the environment continues to degrade and natural resources deplete at unprecedented rates, spelling disastrous consequences for societies, a new tool aims to bring financial institutions into the fight to protect nature.

“We look at various ways of making sure that financial institutions and businesses understand that nature is a provider of services that they depend upon and that needs to be recognised so that you can better take it into consideration when you make decisions,” United Nations Environment Programme Finance Initiative’s (UNEP FI) Programme Leader Anders Nordheim told IPS.

FirstRand Group’s Head of Environmental and Social Risk Management Madeleine Ronquest echoed similar sentiments to IPS, stating: “Awareness about the importance and value of natural capital and the importance of biodiversity and natural habitat needs to be raised…the ENCORE tool is a good solution for risk mapping of a portfolio and creating insight to various natural capital risks that have to be addressed as well as for understanding what the knock on impact is.”

Natural capital is the world’s stock of natural resources such as soil, water, and clean air, all of which are vital for economic activity.

Any negative changes in natural capital impact the businesses that depend on it, and thus the financial institutions that lend or invest in those companies.

This mindset, which places an economic value on nature and therefore connects nature and the economy, is a useful way to engage with financial institutions, Nordheim noted.

“When you talk abut natural capital sometimes there is the implication that it puts a price a nature which is not at all what we are about. It is really about recognising the value of it and how it is needed in society,” he said.

“Our aim is to arrive at a society that is in balance with nature where there is no overexploitation or degradation of environmental assets, where everything is sustainable and productive,” Nordheim added.

However, we have a long way to go to reach this vision.

According to the U.N. Convention to Combat Desertification (UNCCD), land quality is getting worse as over 75 percent of the world’s land surface is significantly and negatively impacted by human activity.

A showcase assessment of the FTSE 100 Index using ENCORE found that 13 of the 18 sectors representing 1.6 trillion dollars in market capitalisation were associated with production processes that are highly dependent on nature. Agriculture, aquaculture and forest products were among the sectors that will experience the most economic loss as land degradation and natural resource depletion accelerates.

UNCCD puts the figure much higher, estimating that the global economy will lose a staggering 23 trillion dollars by 2050 through land degradation.

“Especially in a financial institution quantifying risk brings the message home far more effectively than by having a pure academic discussion. It is for this reason that we not only want to place a value on nature but also demonstrate financial impact if this risk is not mitigated. It certainly changes the conversation,” Ronquest said.

FirstRand was among the first institutions to use ENCORE to identify environmental risks in South Africa.

Agriculture is one of the most important sectors in the South African economy. However, land degradation due to soil erosion, unsustainable farming practices, and one of the country’s worst droughts has impacted the economy and food security.

Ronquest noted that FirstRand is already experiencing natural capital risk and credit default in their agriculture portfolio, and stressed the importance of working in collaboration towards sustainable societies.

“Skills transfer to young farmers is important and this is one of the areas where the bank funds and facilitates the process to support a growing community of sustainable and resilient farmers,” she told IPS.

Many institutions like FirstRand have already begun investing in green projects in light of environmental challenges such as climate change.

In the United States, investment in renewable energy industry surpassed 40 billion dollars in 2017.

A financial sector survey show that such investments will increase, reaching up to one trillion dollars between 2018 and 2030.

While action around climate change is crucial, Nordheim highlighted the need for financial institutions to also pay attention to degradation caused by human activity.

“It all links back to human action, but sometimes in these discussions we find that there is a very strong focus on climate change as increases of temperature without broadening the debate into including how temperature variations then affect other connected systems,” he said.

“I think one of the challenges we have is that it is maybe not happening at the scale and speed that we would want to see. But it is happening,” Nordheim added.

Ronquest urged all stakeholders to consider the relationship between nature, economy, and the well-being of all.

“The interconnectedness of the natural environment and the economy is undeniable. When one is neglected the other will suffer. In a country where a lot of work needs to be done to address social injustice, poverty and inequality; food security, land degradation and water security will only inflate the negative social impact and have a severe impact on the developing economy,” she said.