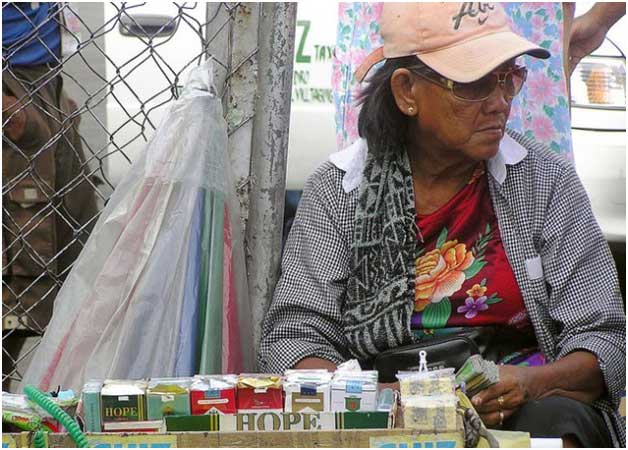 While smoking prevalence among females remains relatively low in Asia, smoking rates among adolescent girls in the Philippines, Malaysia, and Thailand however are higher than the rate among adult women respectively (9.1% vs 5.8%; 2.4% vs 1.4%; 5.2% vs 1.7%). Despite governments’ efforts to protect public health, tobacco use remains at epidemic proportions.

This is no coincidence. The tobacco industry needs “replacement” customers to maintain and increase its profits, and women and girls are an important market segment which represent the largest product-marketing opportunity the tobacco industry exploits.

Internal tobacco industry documents reveal that the tobacco industry has been notoriously targeting women and girls through their ads and novel products that promote social desirability, independence, sophistication, glamor, romance, and fun.

Women and girls, especially in low and middle-income countries (LMICs), are smoking in greater numbers than ever before. The tobacco industry has been introducing new products framed as “innovation” by refreshing brand marketing devices and imagery to appeal to women and young girls. 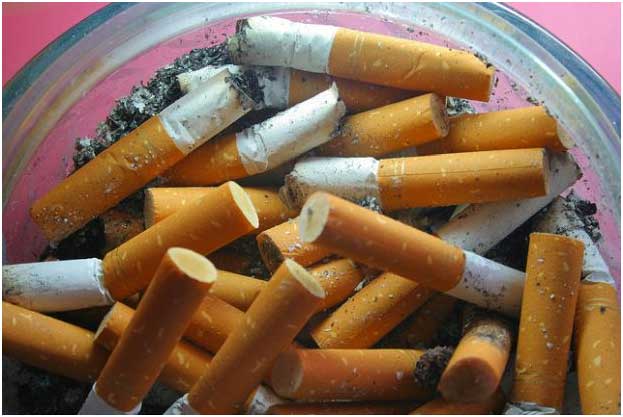 Some of the tobacco industry’s deceptive tactics which blur the truth about the hazards of tobacco and instead promote smoking in developing countries among women and girls include the following:

• Colors play an important role to enhance cigarette packaging and labeling to represent flavors and strength within brand families. The brand image is created by attention-grabbing designs and appealing colors to indicate flavors (such as strawberry, orange and apple) and communicate the false impression of lower tar or mild cigarette. Gold and silver convey ‘low-tar’, green for menthol and blue for ‘light’ or icy/cool.

To divert public attention away from the harm and damage caused by the industry, the TTCs have been conducting public relations stunts about employment and gender equity.

According to the US Centers for Disease Control and Prevention (CDC), “a woman’s risk of dying from smoking has more than tripled and is now equal to men’s risk”. This means that women are also at higher risk for heart attacks, strokes, lung cancer, emphysema, and other serious chronic illnesses such as diabetes.

A sudden concern for smoking is the new public rhetoric of the tobacco industry to justify a new range of so-called “less harmful” products such as heated tobacco products, while simultaneously selling regular cigarettes which form the bulk of their profits.

The current sixty-third session of the Commission on the Status of Women (CSW) at the United Nations Headquarters in New York, (11 – 22 March) is expected address women empowerment and their vital roles as agents of development in making progress across all Sustainable Development Goals (SDGs) and targets.

It is timely to discuss the tobacco epidemic among women especially in the LMICs and the concerted effort governments must make to curb this scourge.

Preventing an epidemic of tobacco-related diseases among women in the LMICs is one of the greatest public health opportunities for governments of our time. The global health treaty, WHO Framework Convention on Tobacco Control (FCTC) has been explicitly identified as a means to achieve the SDG health goal.

Steps governments should take to prevent this epidemic include banning tobacco advertising and promotions such as pack displays and applying plain packaging which requires cigarette packs to be sold in a standardized size, shape, and drab brown color, free of any logos or images.

Other equally important actions in the FCTC include increasing tobacco taxes and making public and work places 100% smoke-free.

*SEATCA is a multi-sectoral non-governmental alliance promoting health and saving lives by assisting ASEAN countries to accelerate and effectively implement the evidence-based tobacco control measures contained in the WHO FCTC. Acknowledged by governments, academic institutions, and civil society for its advancement of tobacco control movements in Southeast Asia, the WHO bestowed on SEATCA the World No Tobacco Day Award in 2004 and the WHO Director-General’s Special Recognition Award in 2014.