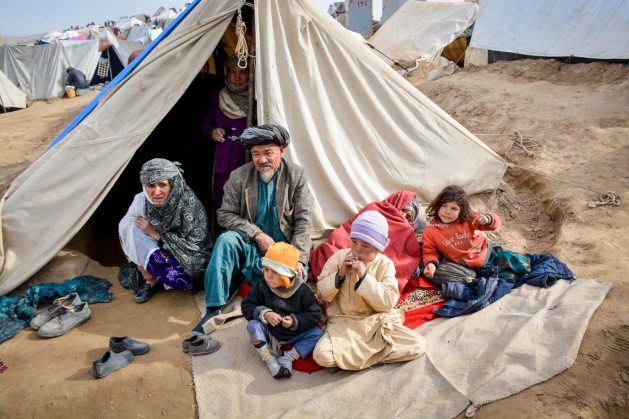 Gul Jan, 90, and her family fled their village in Ab Kamari district and went to Qala-e-Naw in search of drinking water and food during the 2018 drought in Afghanistan. When this photo was taken in 2018, she, her son Ahmad and her four grandchildren had been living in a makeshift home in the Farestan settlement for internally displaced people for at least four months. Courtesy: NRC/Enayatullah Azad

UNITED NATIONS, May 11 2019 (IPS) - More people are displaced inside their own countries than ever before, and only higher figures can be expected without urgent long-term action, a new report found.

“This year’s report is a sad reminder of the recurrence of displacement, and of the severity and urgency of IDPs’ needs. Many of the same factors that drove people from their homes now prevent them from returning or finding solutions in the places they have settled,” said IDMC’s Director Alexandra Bilak.

“The findings of this report are a wake-up call to world leaders. Millions of people forced to flee their homes last year are being failed by ineffective national governance and insufficient international diplomacy. Because they haven’t crossed a border, they receive pitiful global attention,” echoed NRC’s Secretary-General Jan Egeland.

According to the report, over 41 million people were estimated to be living in internal displacement as of the end of 2018, 28 million of which were new displacements.

A majority were due to natural disasters and just three countries accounted for 60 percent of all new disaster-related displacements.

While many were saved, many are also still without homes.

“Of course, evacuating people saves their lives but doesn’t mean that they don’t remain displaced after the crisis ends particularly if their houses have been destroyed,” IDMC’s Head of Policy and Advocacy Bina Desai told IPS.

For instance, the Philippines alone recorded almost four million displacements, more than any other country worldwide. A significant portion were displaced as a result of pre-emptive evacuations to mitigate the impacts of typhoons between July and December 2018.

Desai expressed concern that despite investment in disaster risk reduction, communities continue to be highly exposed and remain vulnerable.

“Displacement is becoming not a one-off issue but more and more cyclical and repeated experience for people,” she said. 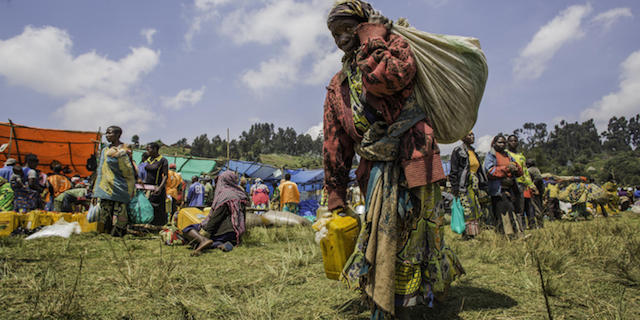 The report also found that internal displacement is an increasingly urban phenomenon, both as communities become displaced from conflict in cities such as Hodeidah in Yemen to IDPs seeking refuge in urban centres such as Mogadishu in Somalia.

Desai also noted that those in search of safety in cities are often at risk of displacement again.

In Somalia, authorities have forcibly evicted thousands of IDPs who often live in informal settlements and have even demolished houses, leaving them homeless again.

Among the worst mass eviction incidents occurred in December 2017 when 35,000 people living in 38 IDP settlements were evicted after a dispute about land ownership.

As cities continue to be a sanctuary and grow exponentially in size, local residents also face heightened risk of displacement as a result of natural disasters.

IDMC calculated that approximately 17.8 million people worldwide are at risk of being displaced by floods every year, 80 percent of whom live in urban or periurban areas.

Desai highlighted the need for long-term investment in long-term measures in order to help prevent displacement in the first place including disaster-resilient infrastructure and resilience-building. Understanding displacement risks must therefore be an essential component in development plans.

“Any investment decision you make in development planning, be it in education or health infrastructure or security measures, will have an impact on future risk which will go either up or down,” she told IPS.

“It is not like an external event that actually pushes people out of their homes, but it is the way that they are exposed or vulnerable to that hazard event that will determine whether they are at risk of displacement,” Desai added.

According to the Overseas Development Institute, just 0.4 percent of the total amount spent on international aid went to DDR in the last two decades.

But at the end of the day, the solution is largely political.

“Ultimately, if national governments do not have an interest and do not have an incentive in investing in and reducing internal displacement, it won’t happen,” Desai said, pointing to the need to provide strong data and evidence that relates to political priorities and provide incentive to act.

While most governments continue to be concerned with refugee flows, it is imperative to also focus on IDPs who often turn into refugees when there are no solutions or options left for them.

“We do think IDPs deserve much more visibility…the urgency is clear because we have seen those places where we do have strong data that not just people themselves are immensely affected but also development gains are being eroded,” Desai said.

“Host communities and countries that have high levels of internal displacement are not going to be able to achieve their national development goals or the international sustainable development goals,” she added.

“All displaced people have a right to protection and the international community has a duty to ensure it,” Egeland echoed.