The World Made Promises to Women and Girls, We Must Fulfil Them 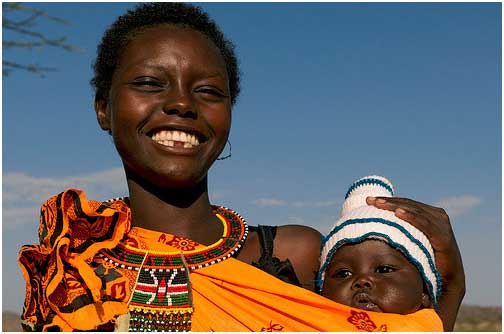 A mother and her infant in Kenya. Credit: @UNFPAKenya

NAIROBI, Kenya, May 24 2019 (IPS) - In 1994 the International Conference and Population and Development (ICPD) was hosted in Cairo by the Government of Egypt. Twenty-five years later, Kenya is ready to convene the ICPD “Nairobi Summit” in November 2019.

The Programme of Action endorsed and adopted at the historic Conference in Cairo has had a tremendous effect in transforming the lives of women and girls in developing countries. A quarter century later, the international community will again converge, this time in Nairobi, to renew, revitalize the commitments made at the inaugural conference.

The goal of universal sexual and reproductive health care, including family planning for all, is central to the Programme of Action. Reaching this goal is vital, not only for the health and well-being of women and girls everywhere, but also for the achievement of the United Nations Sustainable Development Goals, particularly the ones related to ending poverty, securing good health, realizing gender equality and achieving sustainable communities. Urgent and sustained efforts to realize sexual and reproductive health are therefore crucial.

Robust political will, backed by sustainable financial commitment, have seen Kenya record significant gains in advancing the health of women and mothers. Maternal mortality rates are down from 400 per 100,000 live births to 362 per 100,000 within the last few years. More women are giving birth under professional care; more midwives are being trained and deployed. 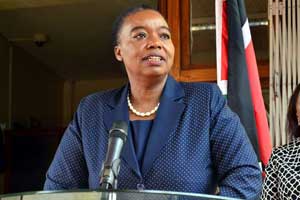 Twenty-five years ago, only about one in four married women used a modern contraceptive. Today about two in three do. In 1994, the average Kenyan woman had close to six children; today, she has fewer than four.

The Programme of Action was supposed to have been fully implemented by all countries by 2014. Yet five years later, many women especially in Africa still face economic, social and institutional barriers to services. Gaps are particularly pronounced among the poor and in rural areas.

Every year in Kenya, more than 5,000 women and adolescents die from pregnancy and birth-related complications while nearly 200,000 suffer disabilities, including 3,000 cases of obstetric fistula. According to the World Health Organization, pregnancy and childbirth complications are the leading causes of death among 15-to-19-year-old girls globally. In Kenya, as many as one in seven women want to prevent a pregnancy but are not using a modern contraceptive.

Yet all the evidence shows strong links between deliberate family planning; the health of the mother before, during, and after birth; and the health consequences for subsequent generations. Poor maternal health is associated with diminished child health, with implications for birth weight, neonatal survival, cognitive development, child behaviour, school performance, and adult health and productivity.

Healthier women contribute to better-educated and more productive societies. Second, ensuring women’s control over their own fertility can boost the pace of economic growth and development.

These gaps must be filled. It’s not just a matter of fulfilling the commitments we made in Cairo in 1994. It’s also a matter of rights. Every woman, regardless of her income or where she lives, has the right to information and services that allow her to determine for herself whether, when or how often she becomes pregnant, starts and stops her childbearing.

The Nairobi Summit, which we are proud to convene with the Government of Denmark and UNFPA, the United Nations sexual and reproductive health agency, will focus on concrete actions that governments can take to end preventable maternal death, the unmet demand for contraception, as well as gender-based violence, along with the end of harmful practices of child marriage and female genital mutilation by 2030, the target year for achieving the Sustainable Development Goals.

To journey from Cairo to Nairobi must be one where we reaffirm commitments that enable half of the world population to be empowered in a way that optimizes their contribution to human prosperity. On its part, the leadership of Africa must ensure that women’s health, and consequently that of the next generation, is frontloaded in all development plans.

We must maintain the upward trajectory until every woman who wants to prevent a pregnancy has access to family planning and no woman dies giving life.