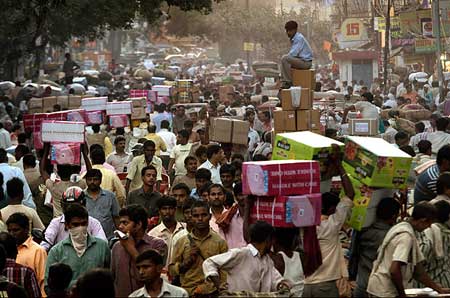 UNITED NATIONS, Jun 19 2019 (IPS) - The world’s developing nations, currently fighting an uphill battle in their attempts to implement the UN’s Sustainable Development Goals (SDGs), are facing another stark demographic reality: a rise in world population by 2.0 billion people in the next 30 years: from 7.7 billion to 9.7 billion in 2050.

The population of sub-Saharan Africa alone is projected to double by 2050 (99% increase), according to a new report, The World Population Prospects 2019: Highlights, published by the Population Division of the UN Department of Economic and Social Affairs (DESA), and released June 17.

Of the nine countries, which will make up more than half the projected growth of the global population– eight are in Africa and Asia.

The eight include: India, Nigeria, Pakistan, the Democratic Republic of the Congo (DRC), Ethiopia, Tanzania, Indonesia and Egypt, plus the United States (in descending order of the expected increase).

Around 2027, India is projected to overtake China as the world’s most populous country, according to the report.

Asked if this increase will have an impact on the implementation of the UN’s 17 SDGs, Joseph Chamie, a former director of the UN Population Division and currently an independent consulting demographer, told IPS: “Without a doubt, the population increases, especially for countries in Africa and South Asia, will have serious consequences on the implementation of the SDGs by 2030, with repercussions extending beyond those regions”

Chamie described the report as “a major achievement” because it provides invaluable demographic information about the past and likely future for the world, regions and countries.

While world population continues to grow but at a slower pace, enormous demographic diversity exists and numerous population changes are underway across regions and countries, he noted. 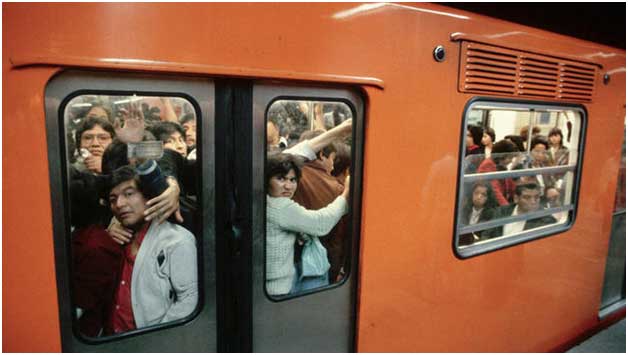 A world population reaching 8 billion in several years, nearly 10 billion by 2050 and close to 11 billion at the century’s close, poses critical challenges for humanity and the world’s environment, he argued.

Purnima Mane, a former President and Chief Executive Officer (CEO) of Pathfinder International, told IPS rampant and unplanned population growth always has negative consequences. But the situation is not the same everywhere.

“As you know, in parts of the world, population is growing rapidly with limited access to contraception while in others population is not growing adequately to meet the economic demands of the country,” said Mane, a former UN Assistant Secretary-General and Deputy Executive Director (Programme) at the UN Population Fund (UNFPA).

If the anticipated population growth happens mainly in the developing world, as is expected, resources are more likely to fall short of the needs of the people, she warned.

This would not foster national development and individual and family well-being, she noted. 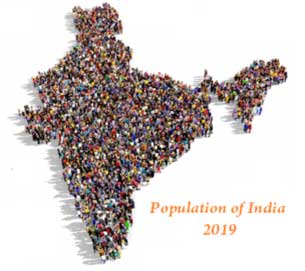 “Ironically, many countries which have low population growth are shutting their doors to immigrants who could take on economic roles which would benefit those countries as well as the immigrants who are moving away for a better life and to leave behind the political and economic instability in their own countries,” Mane added.

Liu Zhenmin, UN Under-Secretary-General for Economic and Social Affairs, said the report offers a roadmap indicating where to target action and interventions.

“Many of the fastest growing populations are in the poorest countries, where population growth brings additional challenges in the effort to eradicate poverty, achieve greater equality, combat hunger and malnutrition and strengthen the coverage and quality of health and education systems to ensure that no one is left behind,” he added.

The report also confirmed that the world’s population is growing older due to increasing life expectancy and falling fertility levels, and that the number of countries experiencing a reduction in population size is growing.

The resulting changes in the size, composition and distribution of the world’s population have important consequences for achieving the Sustainable Development Goals (SDGs), the globally agreed targets for improving economic prosperity and social well-being while protecting the environment.

The world’s population continues to increase, but growth rates vary greatly across regions

While considerable progress has been made in closing the longevity differential between countries, large gaps remain.

In 2019, life expectancy at birth in the least developed countries lags 7.4 years behind the global average, due largely to persistently high levels of child and maternal mortality, as well as violence, conflict and the continuing impact of the HIV epidemic.

Asked about the credibility of the figures, Chamie said past UN global projections have been found to be impressively close to reality and the current world population projections are expected to be similarly reliable and insightful.

Asked about the longstanding concept of zero population growth, he said while ZPG may not be as visible as it was in the 1960s, it remains an important goal for many people.

High-growth countries, particularly those in Africa, should endeavor to pass as quickly as possible through demographic transition to low death and birth rates as has already been realized throughout much of the world, he noted.