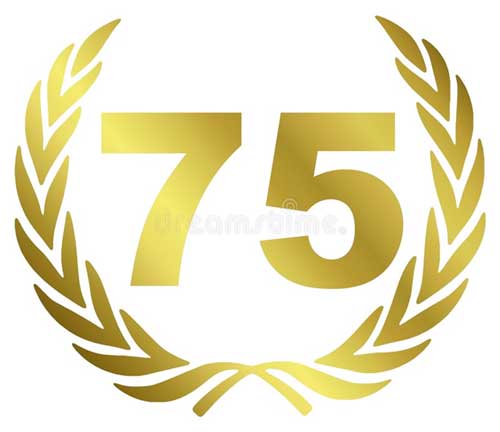 WASHINGTON DC, Jun 27 2019 (IPS) - Despite the polarization and stasis that characterizes so much of the present politics at the United Nations, Secretary-General António Guterres is betting that the 75th anniversary of the organization, in 2020, will provide an opportunity for the international community to begin to address the “crisis in multilateralism,” and to shape a more robust and effective organization.

On 14 June, the UN General Assembly adopted by consensus a “modalities resolution” (A/RES/73/299, titled “Commemoration of the Seventy-fifth Anniversary of the United Nations”) setting out the framework and practical arrangements for actions by various UN stakeholders to mark the UN’s 75th anniversary.

A growing civil society network, the “UN2020 Initiative,” has campaigned since early 2017 for using this anniversary as an opportunity to involve governments and other UN stakeholders in a process of stocktaking, review and consideration of measures to strengthen the organization.

And prospects for a stand-alone resolution for UN75 gained momentum earlier this year with the active encouragement from the President of the General Assembly, Ms. María Fernanda Espinosa of Ecuador.

The resolution identifies the theme for the 75th anniversary (which is meant to guide all activities, meetings and conferences organized by the United Nations in 2020) as “The future we want, the United Nations we need: reaffirming our collective commitment to multilateralism.”

A Leaders Summit is scheduled for 21 September 2020, while “meaningful observance ceremonies” took place on June 26 (the 75th anniversary of the signing of the Charter) and October 24 (UN Day). A youth plenary will also be organized in the spring of 2020.

An outcome document will be adopted at the Leaders’ Summit. Arrangements for the negotiation of this political declaration are to be determined by the President of the 74th session of the General Assembly, Ambassador Tijani Muhammad-Bande of Nigeria.

Against this backdrop, the Secretary-General has appointed a Special Adviser for 75th Anniversary Preparations, highly-regarded Fabrizio Hochschild Drummond of Chile, who had previously served in the S-G’s Executive Office as Assistant Secretary-General for Strategic Coordination.

At a meeting June 5-7 hosted by the Washington-based Stimson Center, along with the Global Challenges Foundation, One Earth Future Foundation, and the Friedrich-Ebert-Stiftung New York Office, Hochschild shared with civil society representatives a draft of the Secretary-General’s ambitious plans for a “UN@75” program of activities.

The Secretariat aims to stimulate a “global dialogue” at the local, national and international levels on “The future we want, the United Nations we need.”

From “classrooms to board rooms, village houses to houses of parliament,” the intention is to employ a mix of intellectual, communications, media, and engagement tools in order to catalyze widespread public engagement on the role of the UN system in addressing global challenges.

All 130 UN Resident Coordinators will be involved, as will UN regional commissions and many UN agencies and programmes. Young people in particular are expected to be drivers of this worldwide dialogue.

The planning document for UN@75 recognizes that an unprecedented confluence of existential threats, systems changes and new actors, including the role of mega-corporations and tech giants, present new governance challenges.

These changes “are occurring faster than public institutions ability to adapt or regulate.” The document calls for “a reflection on successes as well as failures, inviting transformational thinking about the potentially momentous paradigm shifts for how the multilateral system as a whole confronts global challenges.”

More than a simple commemoration, these proposals go far beyond what was organized for the UN’s 70th anniversary in 2015.

Considering the current levels of international hostility and indifference to the very idea of international cooperation and a rules-based world order, the commitment of Mr. Guterres to an ambitious UN@75 program, though commendable, surely faces long odds. Many public officials in similar circumstances would be more risk-averse.

Is there a public appetite for such a far-reaching worldwide dialogue about the United Nations and global governance? We shall see.