The Age of Digital Geopolitics & Proxy War Between US and China 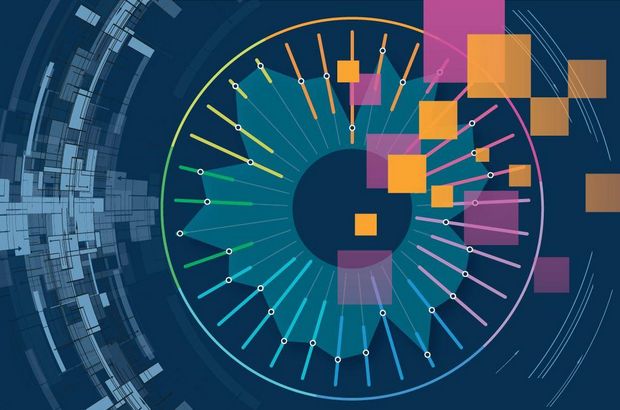 BERLIN, Jul 29 2019 (IPS) - The geopolitical significance of key digital technologies now takes centre stage in a new global conflict between the US and China. The dispute over the Chinese technology group Huawei exemplifies this situation.

The US government perceives the Chinese telecom equipment provider as the Trojan horse of a hostile regime that stands for fundamentally different values. That’s why the US insists to show China its limits. But this extends far beyond a traditional American ‘containment’ approach. Instead, the US now pursues an ‘up to here and no further’ policy towards China.

We can detect this in an entire series of recent decisions. They include the signing of President Donald Trump’s executive order on 15 May 2019 to secure information and communication technology and service supply chains; adding Huawei to the sanctions list of the US Department of Commerce on 16 May; and including four more Chinese companies in the supercomputer industry on 21 June.

The confrontation between the US and China over Huawei has taken on a strongly geopolitical dimension. It’s emblematic of a fundamental break with the underlying rationale of a market economy and shows how foreign policy is deliberately conducted by economic pressures.

This basically amounts to an embargo on Chinese companies in the area of critical key technologies. The Chinese government strongly objects to such protectionist measures and interprets the exclusion from the US market as a hostile act directed primarily against its economically and technologically successful development.

As a result, the confrontation between the US and China over Huawei has taken on a strongly geopolitical dimension. It’s emblematic of a fundamental break with the underlying rationale of a market economy and shows how foreign policy is deliberately conducted by economic pressures.

To many, the convergence of markets no longer appears to be an opportunity for prosperity, but increasingly looms as a threat to public safety. Digital geopolitics is on the rise.

On the other hand, digital geopolitics involves decentralised transnational networks that consist of the connectivity between non-state actors and multinational companies, platforms, hubs, content and infrastructures, extending beyond politically fixed territorial units.

Neither of these developments is new, but they are often discussed separately. What’s new, however, is the increasing entanglement of these two trends, as is seen in the case of Huawei. This also reveals how power and order increasingly lie at the heart of digital geopolitics. Therefore, they require particular attention on our part.

The EU is well aware of its economic and technological dependence on China. For the EU, as for Europe as a whole, there’s the danger of being crushed between the two superpowers. European trade, economy, and production chains are inextricably connected to both Chinese and US technologies.

Unlike the US, however, Europe already has Huawei technology installed in its 4G mobile networks. In the future, this will most likely also be the case for the expansion of the 5G network.

The EU’s connectivity policy for Asia, released in September 2018, includes the goal of building constructive and fair EU relations with China. However, in March 2019, the EU’s High Representative for Foreign Affairs and Security Policy, Federica Mogherini, published a strategy paper that unexpectedly revealed areas of tension within the relationship.

Although China is still seen as a partner for cooperation and negotiation, the EU explicitly classifies the country as an economic competitor and system rival.

The EU is dependent on China

Unaffected by this sceptical assessment of the relationship — a perception also supported by the difficult negotiations between European leaders and China at the EU-China summit in April 2019 — certain member states are independently seeking closer contact with Beijing.

In March 2019, Italy was the first of the G7 countries to sign a Memorandum of Understanding to participate in the New Silk Road project (Belt and Road Initiative, or BRI). Thus, the Italian government has circumvented the attempt of other large member states to negotiate participation in the BRI initiative as a European bloc, rather than bilaterally.

The EU is well aware of its economic and technological dependence on China. Industrial policy, market access and data protection are central conflict lines in EU-China relations. However, the EU has recently decided against excluding Chinese companies from the internal market.

China has been deemed culpable for a multitude of cyber espionage incidents against European information and communication structures. Nevertheless, the close security cooperation with the US, including NATO, could lead to economic decoupling.

The bottom line is that Europe’s reconciliation of interests with China can only be successful across the EU and not across the individual member states.

The military use of 5G mobile networks or cyber sabotage incidents against digital infrastructures in Europe would provide significant momentum for pursuing strategic autonomy vis-à-vis China.

In extreme circumstances, such a scenario could lead to a global, technological form of trench warfare, in which any social and technical vulnerability would be avoided because of it might be a potential gateway to security risks. A world economic crisis and massive global arms race would be the result.

If, in the areas of cybersecurity and Industry 4.0, the EU fails to establish lasting cooperative structures to build security and trust with China, then a second, equally negative, scenario of a worldwide ‘collapse of digital commons’ seems plausible.

Global challenges such as securing social peace and creating social justice under the (labour) conditions of digitisation are not addressed in this scenario. The EU also continues to accuse the Chinese authorities of pursuing an industrial policy that systematically promotes national subsidies to private and state enterprises to give their own producers a competitive advantage at the global level.

Conversely, Chinese companies and direct investment in Europe have an easy time because of technological dependencies. Member states are still pursuing only the idea of a ‘Europe of independent nations,’ while the single market is becoming the site of a technological proxy war between the US and China.

Prosperity and stability on a regional and global scale are crucially dependent on adherence to common minimum standards in IT security, norms regarding states’ conduct in cyberspace and the development of joint mechanisms.

In this context, it seems necessary to have strategically relevant foreign and security policy objectives in a comprehensive digital policy, especially at the EU level with regard to China. This can also be negotiated within the framework of the new EU connectivity strategy with China and other Asian partner countries.

The bottom line is that Europe’s reconciliation of interests with China can only be successful across the EU and not across the individual member states. The EU with its Digital Single Market can, as Wolfgang Kleinwächter writes in the Frankfurter Allgemeine Zeitung, set an example of a ‘global multi-stakeholder pact for the protection of the public core of the Internet.’