Climate Change Victims: What Will You Do Next?

LONDON, Jul 8 2019 (IPS) - Contemporary politics generates a lot of noise and smoke, with little attention devoted to understanding, analysing and fixing the causes of the noise and smoke. The global public discourse is dominated by statements made by politicians and aspirants to power, designed to shock, awe and draw support. 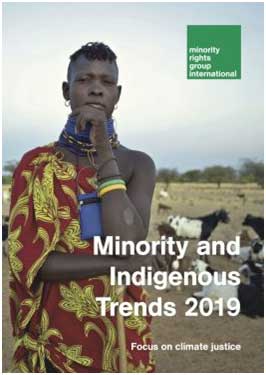 But the statements are rarely about real underpinning threats facing society: not on climate change, and not on the urgent need to generate employment in the face of increased mechanization.

Anger and resentment at the loss of jobs on account of shifts in manufacturing are dismissed as a design fault to be overcome through simple solutions: building walls, departing clubs like the EU, increasing tariffs on ‘foreign produce’ and keeping migrants out since they are apparently responsible for the failure of the economy to generate employment.

Irresponsible as that simplistic politics might be, it pales in comparison to how climate change is treated. The sheer abdication of governance is appalling and shameful, calling into question the essence of why governments are needed at critical times in human history.

While scientists have produced compelling evidence for decades, the recent impact of climate change is difficult to refute for even the least educated person. When Greta Thunberg called for urgent action she received adulation and patronage in equal measure, but none have yet been able to respond with the urgent action she called for.

Many in government around the world appear to accept the realities of climate justice, but see it as an issue for the future – unlikely to affect their time driven mandate of adhering to power.

In its Key Trends Report 2019, focussing on climate justice, Minority Rights Group (MRG) provides evidence of the impact of climate change on the most vulnerable communities in society.

The overarching facts on climate change are not new: Lake Chad, a key water body in Africa has shrunk by 90 per cent since the 1960s, while the Arctic is currently warming twice as fast as anywhere else on earth. These stark facts, in the public realm for long, have not yet focussed on the impact on people.

The push for Canadian indigenous communities to leave their ancestral lands in the face of climate impact is mirrored by those in the Pacific in Tuvalu and Kiribati.

The degradation of forests around key water towers in Kenya, and their occupation for commercial use, impacts their traditional custodians, depriving them of their homes, and disrupting the flow of water across Africa, into the Nile and onwards into the Mediterranean. 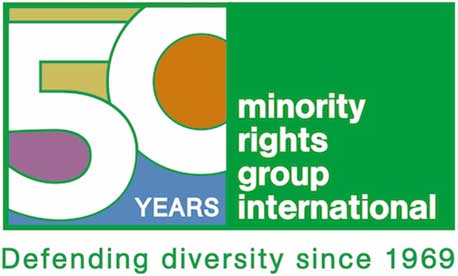 As the desert eats into Chad, pastoralists face a heightened crisis, stimulating migrant flows into Europe, while Nigeria is heading in a similar direction with tensions rising as pastoralists, faced with shrinking grazing areas, make incursions into others’ territories.

Pastoralists and sedentary communities are also building up to a stand-off in Morocco as competition for land and water becomes acute.

The continued exploitation of natural wealth in the form of oil and gas by wealthy companies, despite stark warnings about the carbon economy, are creating devastating immediate consequences for the communities cursed with living in proximity to these.

This is as true in Kenya as in Ecuador, Thailand and Russia. In every case communities are forced to contend with pollution, dereliction of their environment, impact on their livelihoods and the eventual loss of their homes. That they were not consulted in any of the processes is a given, only exacerbated by the shocking governance failures over what ought to happen to them.

A new theme is also emerging that treats indigenous communities and forest dwellers in particular as inconvenient nuisances that through their very existence negatively impact the push towards climate conservation.

This phenomenon pits environmentalists against super marginalized communities, who appear to be considered as collateral for the few pitiful moves being made in the name of environmental protection. The argument being made appears to posit communities that have lived in a sustainable and traditional manner for centuries being tagged with responsibility for environmental damage.

This deeply flawed argument goes against all evidence, making scapegoats out of subsistence driven communities, for activities that have been sustainable for centuries and create an overall negative carbon footprint.

It also facilitates the biggest polluters and corporate actors, who continue to reserve the right to make profits out of natural wealth in conjunction with governments, that no matter what property regime is used, do not belong to them.

Alongside each of these relatively ‘new’ phenomena, lies the time-honed discrimination that has erected structures over centuries that seek to maintain the hegemony of a small privileged elite in each society.

Thus, the plight of Black Americans in New Orleans affected by Hurricane Katrina lies in stark contrast to the urgent action taken in the face of the flooding experienced by Manhattan as a result of Hurricane Sandy.

The Valladolid Controversy of 1550 was the first publicized debate concerning the rights of colonized peoples. Bartolomé de Las Casas argued that native Americans were human despite their ‘unchristian’ customs, while Juan Ginés de Sepúlveda believed they were barbarians rather than human, and therefore had to be suppressed. The dispute may seem like a historical footnote that captured the fatal attraction and insecurity towards Otherness.

Yet in this the most recent crisis facing humanity its echoes are alive and well. Climate change affects us all, of that there is little doubt. At what point this becomes survival critical for you is merely a reflection of the accident of birth.

Wealth and proximity to power may keep you insulated a while longer. Indigenous peoples and minorities the world over on the other hand, have continued to be treated as objects whose consent to anything is irrelevant and unnecessary, and therefore they form the frontline to the crisis.

Sane, scientifically validated well-informed voices have called for urgent action. MRG’s Key Trends Report of 2019 provides evidence of the current impact of climate injustice on communities. If governments continue to abdicate responsibility to solving this problem, we need to sweep them away and bring in others who can respond to this need.

Each of us have a responsibility to hold our governments to account for issues that matter, while not being drawn into meaningless games that maintain the power of the few over the many. If climate change is not highest on your agenda it ought to be, and you must act politically and responsibly to make sure your voice counts.

If not for the indigenous and minority communities now, then for yourself and your own loved ones tomorrow.