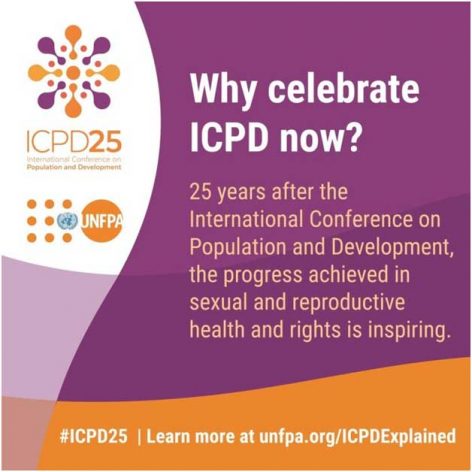 UNITED NATIONS, Sep 16 2019 (IPS) - Over the years, the UN Population Fund (UNFPA) has worked in tandem with legislators and parliamentarians to help implement the historic Programme of Action (PoA) adopted unanimously by over 20,000 UN delegates at a landmark International Conference on Population and Development (ICPD) in Cairo back in 1994.

The PoA included a commitment to reduce maternal and infant mortality, promote reproductive health and family planning, halt the spread of HIV/AIDS among women and children, and strengthen women’s empowerment and gender equality, among others.

But the successful implementation of the PoA was left primarily in the hands of parliamentarians, who were expected to initiate and pass legislation in their home countries, while their governments were mandated to fund and execute the proposed plans and laws.

Pointedly addressing legislators, UNFPA Executive Director Dr. Natalia Kanem says: “As parliamentarians, you have the power to transform the voices of your people into concrete action. You have the power to make a real difference. I appeal to you to protect the precious mandate that you share with UNFPA. Our women, girls and young people deserve no less.”

As UNFPA plans to commemorate the 25th anniversary of ICPD at an international conference (ICPD25) in Nairobi in November, the Asian Parliamentarians for Population and Development (APDA) will hold a meeting in Rabat, Morocco 18-20 September to review and assess ICPD25.

The subject: “Moving Forward the Unfinished Business of the ICPD”

The APDA, which is based in Japan, says the planned parliamentarian meeting aims to update and contribute to the realignment of Arab and Asian Parliamentarians with UNFPA’s strategic objectives of the ICPD25.

Additionally, it plans to promote synergetic partnership among parliamentarians, UNFPA, and other stakeholders and to help formulate Action Plans for parliamentarians to respond to the unique regional contexts to accelerate implementation of the ICPD PoA.

The Rabat meeting is organized by APDA. hosted by the House of Councilors of Morocco and The Forum of Arab Parliamentarians on Population and Development (FAPPD) and supported by the Japan Trust Fund (JTF), and the UNFPA in cooperation with the International Planned Parenthood Federation (IPPF). 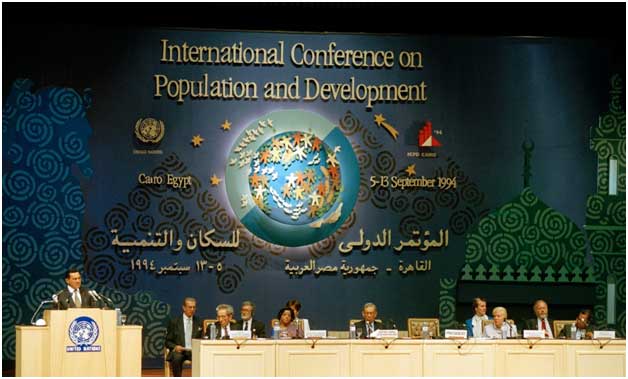 A quarter of a century after ICPD, the UNFPA points out that the world has seen “remarkable progress”, with a 25 per cent increase in global contraceptive prevalence rate around the world.

Adolescent births have declined steeply, and the global maternal mortality ratio has fallen.

“But progress has been slow and uneven, since hundreds of millions of women around the world are still not using modern contraceptives to prevent unwanted pregnancies, and global targets on reducing maternal deaths have not been met.”

In an appeal to parliamentarians, Dr Kanem said: “You have pushed your governments towards ambitious goals for the future, and you have held them accountable for promises made in the past. In the coming months we will need you to hold steadfast and ensure that the rights of women and girls, especially in the most vulnerable regions of the world, do not get swallowed up in the political turmoil that threatens to roll back the progress we have made.”

“Although much has been accomplished since the ICPD in 1994, much more has yet to be done. The achievement of the ICPD goals will depend on the political will to fill the gaps in laws, policies and funding. Only with the support of parliamentarians can we build this political will,” she declared.

In a concept note to delegates, APDA says the year 2019 is a milestone marking the 25th anniversary of both the ICPD and the International Conference of Parliamentarians on Population and Development (ICPPD), both organized in Cairo, Egypt.

The ICPPD, which was convened ahead of the ICPD and attended by approximately 300 parliamentarians from 117 countries had a profound influence and contributed to the ICPD Programme of Action.

Driven by the consensus of parliamentarians, the ICPPD merits positioning population issues at the center of sustainable development as reflected in the Preamble and Principles of the ICPD’s Programme of Action. This provided solid grounds for mutual reinforcement between ICPD and ICPPD.

The endorsement of the ICPD Programme of Action 25 years ago, came with reservations from some countries, due to cultural and religious reasons, the concept note said.

“This was basically on sexuality issues and empowerment of women. Nevertheless, one of its major outcomes was the universal access to Sexual and Reproductive Health and Reproductive Rights (RR), including determination of the number, timing and spacing of children; and the right to have access to SRH information and services, as a cornerstone of sustainable, inclusive, and equitable development where no one is left behind.”

The Rabat meeting is also aimed at updating and contributing to the realignment of Arab and Asian Parliamentarians with UNFPA’s strategic objectives of the ICPD25 and promote synergetic partnership among parliamentarians, UNFPA, and other stakeholders and to help formulate Action Plans for parliamentarians to respond to the unique regional contexts to accelerate the implementation of the ICPD Programme of Action.

Given the centrality of the ICPD Programme of Action to achieving the SDGs, and based on progress and achievements made by the Kingdom of Morocco with regard to SDGs, ranking highest among African countries with an implementation rate of 66.1%, a case study of Morocco will be presented at the meeting.

The study will address experience and lessons learned on how parliamentarians can create an enabling environment for achieving of the SDGs in their respective countries.

It is also hoped, says the concept note, that this project will play a catalyst role for promoting parliamentarians’ networking, which should serve the purpose of the JTF (Japan Trust Fund), and enhance sustained multi-stakeholder dialogue for generating synergies among parliamentarians to achieve optimal results.