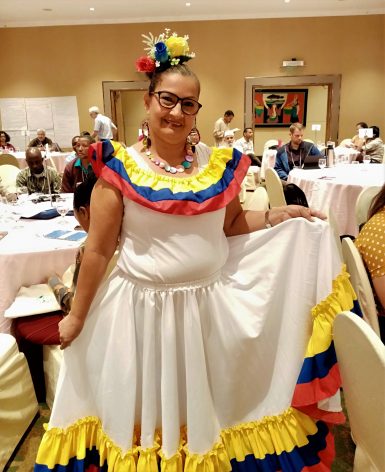 Her experience and the chance "to help strengthen Colombia, the world, and my family" through participating in the Global Forum of People's Organisations on Hansen's Disease, sponsored by the Nippon Foundation and the Sasakawa Health Foundation, was like "rising from the ashes" for Lucrecia Vazques from Felehansen Colombia. Vazques' family was hit hard by leprosy, with not only herself, but her son and one-month-old granddaughter being afflicted. Credit: Ben Kritz/IPS

MANILA, Sep 10 2019 (IPS) - The Global Forum of People’s Organisations on Hansen’s Disease, which was attended by members of people’s organisations from 23 different countries, wrapped up in Manila, Philippines, today Sept. 10 after four days of discussion and deliberation.

The main outcome was a set of recommendations, which included participants stating that those affected by the disease should have more inclusive roles in the global campaign against leprosy.

Asked to share his impressions of the forum with his fellow participants, Joshua Oraga, who is a member of ALM Kenya, a local Hansen’s disease non-profit, told the audience, “We should all familiarise ourselves with the WHO [World Health Organisation] guidelines on strengthening the participation of persons affected by leprosy in leprosy services. That should be our creed, because if you look at that document, you will see that we are the only stakeholders who have an end-to-end role.”

He said that those affected by leprosy or Hansen’s disease had a role in overcoming stigma and discrimination.

Oraga’s enthusiastic impressions in a way defined the outcome of the forum organised by Japan’s Sasakawa Health Foundation (SHF) and The Nippon Foundation (TNF), which support elimination of the disease globally and provide information and awareness about the disease through their dedicated website titled Leprosy Today.

The recommendations will be presented on the first day of the International Leprosy Congress (ILC), which is also being held in Manila from Sept. 11 to 13. The recommendations addressed increasing awareness of Hansen’s Disease among the public and governments, calling for greater government support for people’s organisations’ advocacies, taking a larger role in helping to form anti-leprosy policy, and working to build sustainability and more effective networks among organisations spread around the world. 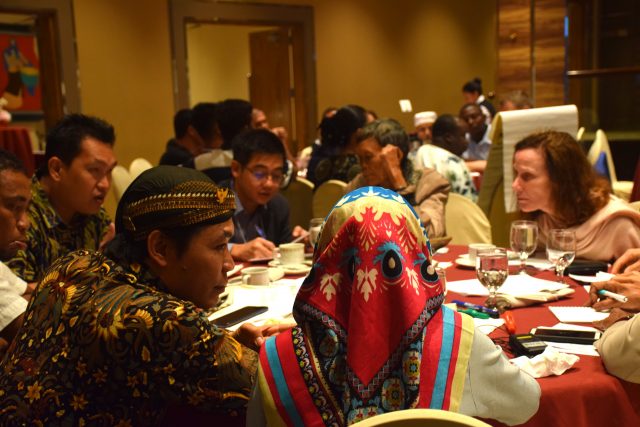 Participants at the Global Forum of People’s Organisations on Hansen’s disease from Asia, Africa and Latin America try to reach a consensus on issues related to leprosy-affected people. Credit: Stella Paul/IPS

To Dr. Takahiro Nanri, Executive Director of SHF, the real value of the recommendations lies not in their details, but in the manner in which they developed.

Nanri noted that the forum’s carefully-planned agenda was quickly thrown off-schedule by the spirited discussions among the participants. “The people really led the forum, and did the work they wanted to do, and I am very happy about that.”

“The recommendations were good ones, but what I think is really important is the process we saw,” he added.

Oraga was likewise pleased and motivated by his experience. Oraga, who had leprosy as a youth, said, “This is the first time I have had the opportunity to take part in a meeting at this level, so imagine my excitement and happiness to be able to come here.”

Oraga also expressed his gratitude for the work that Yohei Sasakawa, World Health Organization’s (WHO) Goodwill Ambassador for Leprosy Elimination and chairperson of TNF, has done over the last four decades. Sasakawa’s foundations have contributed over USD200 million in financial support for the WHO’s Global Leprosy programme. He also advocated for discrimination and stigmatisation against people affected by Hansen’s disease to be included in the United Nations human rights agenda. The resolution was passed in 2010.

“He has done so much for leprosy around the world, and personally I am grateful. Just think of it, because of Mr. Sasakawa, in three years, maybe leprosy will just be like any ordinary sickness,” Oraga said.

Lucrecia Vazques of Felehansen, Colombia also felt the forum was an extraordinary experience. “It’s been wonderful,” she told IPS through a Spanish translator. “It is like resuscitating after a hard moment.”

Vazques’s bubbly personality belies her own difficult experience with Hansen’s disease, which not only afflicted her, but her one-month-old granddaughter and her son, who was diagnosed first.

“It was hard,” Lucrecia said. “I had no knowledge whatsoever.We thought we would die.”

“But there was something to fight for, and to live for, and here I am. This forum means rising from the ashes. And if I had the choice, I would rise from the ashes again, and I would be right here, to help strengthen Colombia, and the world, and my family,” she said.

But there is much work to still do.

“Because this was a people-led forum, it gives us direction. As you know, our resources are not limitless. We have an obligation, but it is of course better if we can maximise our efforts, and the recommendations help,” Nanri said.

Nanri reiterated the value of the “process” that he saw evolve during the forum, particularly in the context of the Joint Campaign on World Leprosy Day 2020, which will be observed on Jan. 26 next year.

“This was a step. You don’t go from the ground to the 10th floor in one jump. So now the first step has been taken. The next step is to get the groups around the world to do the activities at the same time,” which is the goal of the joint campaign. “When these recommendations are presented at the ILC, the next step can begin,” he said.