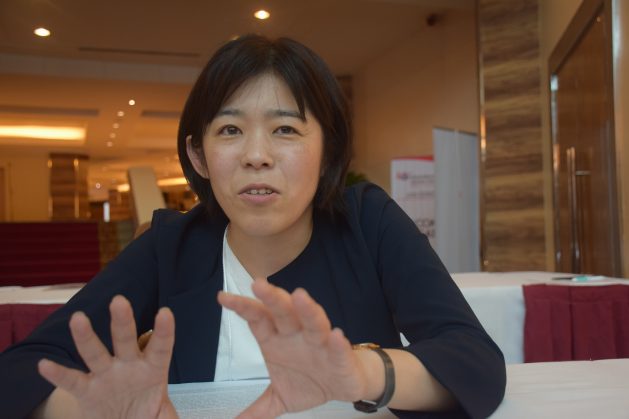 Professor Ai Kurosaka, author of the book Fighting Prejudice in Japan: The Families of Hansen's Disease Patients Speak Out, describes how a lawsuit has helped Hansen's disease affected people get justice and compensation. Credit: Stella Paul/IPS

MANILA, Sep 8 2019 (IPS) - Professor Ai Kurosaka remembers the day she first interacted with a person affected by Hansen’s disease. It was 2003 and Kurosaka, then a graduate student of sociology at the Saitama University in Japan, had been assigned to interview ex-patients and their family members to document what kind of discrimination they faced. It was a very difficult task because nobody wanted to speak or identify themselves.

“They had already faced a lot of social discrimination such as bullying faced by children at school, physical violence by partners at home, refusal of marriage and employment and so on. They were scared of facing more of it by publicly admitting they were associated with Hansen’s disease,” Kurosaka recalls.

Fifteen years later, Kurosaka, who has since written a book on people affected by Hansen’s disease in Japan, is sharing their stories globally.

At the Global Forum of People’s Organisations on Hansen’s disease currently underway in Manila, Philippines, Kurosaka shared one story in which 561 family members of ex-patients of Hansen’s disease filed a class action lawsuit seeking justice and financial compensation against Japan’s government. The forum was organised by Japan’s Sasakawa Health Foundation (SHF) and The Nippon Foundation, which support elimination of the disease globally.

Compensation was sought for the discrimination and violations of rights that family suffered for generations, especially due to a government policy that segregated Hansen’s disease patients from their families before the country was declared free of the disease in 1996.

The suit was filed at the Kumamoto court of Japan in March 2016, and for the first time two generations came together and reveal how their human rights were violated for decades.

This June, the court passed a verdict in their favour and ordered the government to pay compensation.

According to Kurosaka, this is a fine example of using litigation as a tool to hold the government responsible for allowing discrimination and to also right the wrongs that have been done to Hansen’s disease patients and their families. 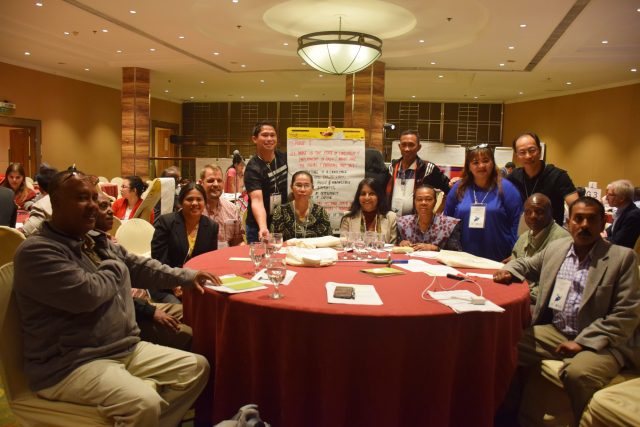 Participants at the Global Forum of People’s Organisations on Hansen’s disease in Manila, Philippines discuss litigation as a tool to restore to their rights. Credit: Stella Paul/IPS

“Every country where Hansen’s disease patients have been facing stigma, can use this tool to ask for justice. Maybe not everyone will win a monetary compensation, but they can ask the government to abolish any discriminatory law or policies that still exist,” Kurosaka told IPS.

The success story from Japan created a wave of reactions in the global forum as it resonated with many who have faced discrimination on multiple levels. Lilibeth Nwakaeogo, a human rights lawyer from Nigeria, said that she was now considering filing a lawsuit to ask for compensation for the most stigmatised people living with Hansen’s disease in the West African nation.

“In Nigeria, women who have Hansen’s disease face tremendous amount of stigma. They are neglected, treated as untouchable and almost dehumanised. For these women and their children who also face the same kind of stigma, I would consider filing a lawsuit to seek monetary compensation,” Nwakaego told IPS.

However, a lawsuit would take years and could test the strength of the community, cautions Pramod Kumar Jha, a participant from Nepal. Under Nepal’s constitution it is still legal for a man or woman to divorce their spouse on the grounds of leprosy. The removal of this discriminatory provision from the constitution is one of the priorities before the Nepali community of Hansen’s disease-affected people.

“We have already met the Chief Minister and appealed to him to annul this law. Filing a lawsuit could ideally be possible, it would also need for the entire community to stay united and fight a long fight,” he told IPS.