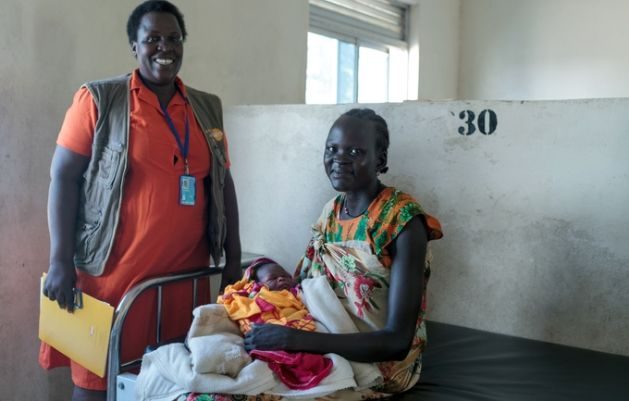 JOHANNESBURG, South Africa, Nov 12 2019 (IPS) - This is a special year for all rights-based health advocates, as we celebrate 25 years of the International Conference on Population and Development (ICPD).

At the ICPD in Cairo in 1994, for the first time world leaders from 179 member states committed to the principles that underpin today’s Sustainable Development Goals: non-discrimination and universality; the centrality of health, including sexual and reproductive health and rights; education; women’s empowerment and gender equality; and the collective need to ensure environmental sustainability.

In the past 25 years, noteworthy progress has been made towards the realization of universal sexual and reproductive health and rights (SRHR) in most parts of the world, including in East and Southern Africa.

The East and Southern Africa region is home to more than 600 million people, with a third of its population between 10 to 24 years of age.

In the East and Southern Africa region:

Despite good progress, the promise of the ICPD remains to be fulfilled for millions of people in the East and Southern Africa region. One in five women do not have their family planning needs met.

Lack of contraceptive choices is producing sub-optimal health and fertility benefits. Although care during pregnancy, delivery and post-delivery has improved, the quality and cost of these services remain a challenge.

More women appear to be dying due to poor quality care than lack of access to care. One in three girls are being married by age 18, and almost one in six young women aged 20 to 24 years continues to experience gender-based violence.

Legal systems still have difficulty convicting perpetrators of gender-based violence. Ninety-eight per cent of all new HIV infections are now occurring in just 15 countries, the majority of them in East and Southern Africa. These challenges are exacerbated in conflict, humanitarian and emergency settings.

In this context, the ICPD25 Nairobi Summit provides a great opportunity to recommit ourselves to redoubling our efforts to accelerate progress towards universal SRHR, and women’s empowerment and gender equality – the unfinished agendas of the ICPD.

The good news is that, along with the steady but noteworthy progress towards SRHR for all, leaving no one behind, the momentum around Universal Health Coverage is also growing in the East and Southern Africa region.

The Political Declaration of the High-Level Meeting on UHC by Heads of State and Government and representatives of States and Governments will further strengthen this momentum.

Through the high-level declaration, world leaders have committed to progressively achieve Universal Health Coverage, achieve universal access to SRHR, and stop the rise and reverse the trend of catastrophic out-of-pocket health expenditure by providing measures to ensure financial risk protection and eliminate impoverishment due to health-related expenses, by 2030.

However, the current and, for many, proposed minimum essential UHC benefit packages, financing and financial protection mechanisms do not include six out of the nine recommended essential SRH bundles of services (see Box 2, 4-9). In many countries, even if the remaining three essential SRHR bundles of services are part of UHC benefit packages, they are not fully covered under UHC financing and financial protection mechanisms.

The current momentum around UHC in the region should become a powerful framework for accelerating progress towards universal SRHR:

Universal Health Coverage (UHC) means that all people and communities can use the promotive, preventive, curative, rehabilitative and palliative health services they need, of sufficient quality to be effective, while also ensuring that the use of these services does not expose the user to financial hardship

In the lead up to the Nairobi Summit ICPD25, everyday people have joined advocates and activists to passionately express what they march for under the hashtag campaign #IMarchFor.

What will you march for? I march for the full, effective and accelerated implementation of the ICPD Programme of Action – an agenda still to be fully realized – an agenda that includes at its core universal SRHR.

Achieving this target would require us to take advantage of the momentum of Universal Health Coverage. SRHR and UHC will need to become more entwined. Simply put – there can be no UHC without universal SRHR and vice versa. Together, let’s march for the universal goal of UHC and SRHR for all, with no exceptions!