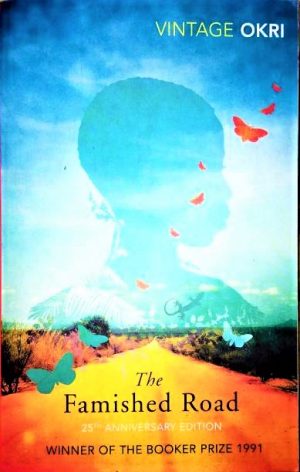 STOCKHOLM / ROME, Apr 20 2020 (IPS) - Epidemic diseases are not random events that afflict societies capriciously and without warning, on the contrary, every society produces its own specific vulnerabilities. To study them is to understand the importance of a society’s structure, its standard of living, and its political priorities. […] Epidemics are a mirror, they show who we really are: Our ethics, beliefs, and socio-economic relationships.
Frank Snowden 1

After contagion, the symptoms of the Ebola Virus become evident between two days and three weeks – vomiting, diarrhoea and rash as victims begin to bleed both internally and externally, an average of 50 percent of the afflicted will die. The disease was first identified in 1976. The largest outbreak to date was in West Africa, between December 2013 and January 2016, with 11,323 deaths.2

A two year-old-boy, Emile Ouamono, used to play with his friends in a huge hollow tree close to Meliandou, a small village in Guinea. On March 14, 2014, the tree caught fire and ”a rain of fruit bats” descended on the village, they had apparently been living in the old tree. Six months later, Emile was dead from Ebola. After investigating bat spilling, collected from the site of the burnt down tree, researchers could establish that they were the original cause of the deadly infection.3 The bats had originally been living in dense jungle canopies, though when the huge trees had been cut down to make way for oil palms the bats had been forced to move closer to human dwellings.

COVID-19 was apparently also spread by forest-living bats. In this case they had probably infected ant-eating pangolins, which meat was sold at wet markets in Wuhan. Everything indicates that it is humanity’s ruthless abuse of earth’s forests and their resources, coupled with an ever-progressing globalization, that is the most significant cause of the current proliferation of COVID-19.

Some years ago, I flew across the Congo basin. Looking down at the jungle deep below I could not discern any roads. Occasionally a village could be glimpsed by the brink of one of the many waterways, which meandered through the compact greenery. Kinshasa, proved to be completely different. With a population of approximately 15 million, growing at a speed with at least one million per year, it had except for some skyscrapers and villas the appearance of being a gargantuan shanty town. Most of the metropolis’s exceptionally straight and long streets were lined with makeshift hovels. The contrast between the lack of roads in the jungle and the grid of paths, streets and main roads in Kinshasa, where it lay spread out on the southern banks of the wide, sluggishly moving Congo river, could not be greater. This made me remember the opening lines of Ben Okri’s The Famished Road – ”In the beginning there was a river. The river became a road and the road branched out to the whole world. And because the road was once a river it was always hungry.”4

The Famished Road constitutes a bewildering reading experience. A magic mirror which accurately depicts the world we live in, though seen through the eyes and mind of a boy who is far from being a common child. Azaro is a spirit child, an abiku, who divides his existence between a West African shanty town and the Spirit World. Due to the love Azaro has for the family of mortals he has been allotted to stay with for a while, he decides to remain with it, acting as a son to his poor parents. He neither forgets, nor severs his ties with the Spirit World. However, the spirits constantly keep summoning Azaru to return to their realm, though he resists all their attempts to lure him back.

Ben Okri who lives in London, though he spent his childhood and youth in Nigeria, explains that: ”We all have an Africa within […] but this Africa has been made sick by the economic, political and ecological troubles of the Africa outside, [severed from] the Africa of myths and legends, storytelling and playfulness; the Africa of paradox, proverbs, and surprise; the Africa of magic, faith, patience and endurance; the Africa of a profound knowledge of nature’s ways and the secret cycles of destiny.”5

In Yoruba mythology, where Okri finds much of his inspiration, the forest is associated with magic and other supernatural manifestations. It is where the spirits dwell. The great Yoruba author Amos Tutuola told in his My Life in the Bush of Ghosts from 1954 about a small boy lost in the jungle and through his experiences Tutuola explored a world inhabited by spirits, demons and gods. A threshold existence between our concrete, visible communities and The Other World, dwelling place of mysterious and innumerable stories.

The Famished Road takes place in an unnamed African country, where globalization and neocolonial exploitation expose the fragility of our natural environment. Azaro tells his story in a straightforward and deceptively naïve manner. It is a visionary, poetic tale, filled to the brim with verbal pictures of a cruel, beguiling, strangely tender and poor community, harassed by corrupt politicians, thugs, profiteers and parasites. Passions explode in violence, or heart-felt empathy, while everything is engulfed in poverty and a constant struggle for survival.

The Famished Road that apparently describes a West African society by the beginning of the 1960s predicts a future where human agency will destroy nature in an irremediable manner. Azaro’s position between a concrete, visible world and a vanishing invisible Spirit World unfolds in a strangely repetitive way. The tale may occasionally appear as a poetic chant that induces its reader in something akin to a meditative state of mind. The cycle of birth, death and rebirth of the abiku Azaru and his continuous threshold existence between childhood and youth, as a celestial being and a suffering human, seems to depict a state of perpetual hardship, a Culture of Poverty marked by endless repetition and arrested development. It appears as if not much is happening in the novel. However, while the reader is gently rocked into the novel’s dreamy atmosphere s/he soon discovers that the society Okri describes in reality is undergoing violent transformations – politically, culturally and above all ecologically. Events seem to be circular, though they are actually spiralling towards disaster.

The dirt and violence which characterize life in the ghetto where Azaro spends his perpetual childhood are depicted as a consequence of colonial and neocolonial policies pushing the community towards a chaotic and mindless urbanization. The forest is destroyed and cut down. It will soon cease to be an abode of resistance against alienating commercialism and rectified thinking. It will no longer be a domain of vegetal power and natural energy opposing human greed, violence and inanity. Azaro spends most of his time wandering around in his ghetto, occasionally walking into the nearby forest, or sitting in Madame Koto’s bar, while constantly bearing witness to a slowly changing scenery; the rivalry between The Party of the Poor and The Party of the Rich, both equally manipulative, and increasingly wealthy people who promote deforestation and a building frenzy accompanied but a constant destruction of nature.

The forest is Azaro´s second home. He calls it ”an overcrowded marketplace” and it is swarming with shape shifting animals, monsters and spirits, so numerous that they mutate, continually changing appearance and voices. Insects, lizards, snakes, spirits and birds are moving into the shanty town, some of them are carrying messages to Azaro, others attack him. He is aware that his entire world finds itself in a state of anomaly. Humans´ ruthless onslaught on nature will eventually destroy everything. The fragile balance between humans and nature is already irreversibly upset. The future will bring disease and alienation: ”Steadily, over days and months, the paths had been widening. Bushes were being burnt, tall grasses cleared, tree stumps uprooted. The area was changing […] In the distance I could hear the sounds of dredging, of engines, of road builders, forest clearers, and workmen chanting as they strained their muscles. Each day the area seemed different. […] The world was changing and I went on wandering as if everything would always be the same.”6 Azaro’s father tells him:“Sooner than you think there won’t be one tree standing. There will be no forest left at all. And there will be wretched houses all over the place. This is where the poor people will live […] This is where you will live.”7

This is where we all live. Everything is interconnected; the fate of the poor is also the fate of the wealthy. What we are doing to nature is now affecting us all, global warming is one result, epidemics another. The only way to stop this is to act in unison – our future depends on it; especially that of our children and grandchildren, and all generations following them.

The bleak future depicted in The Famished Road is already here. For a long time, we have known that anomalies caused by humans generate natural disasters – inundations, draughts and epidemics, still we remain unprepared to meet the consequences. What happens if COVID-19 hits the poor people living in mega cities in the Southern Hemisphere, cites like Kinshasa, or São Paulo with its 22 million inhabitants, Dhaka (20 million), Mumbai (18 million), Lagos (14 million), Jakarta and Manila with 11 million?

Since Ben Okri wrote his novel, most of Nigeria’s forests have disappeared. Last year, the Nigerian Conservation Foundation (NCF) reported that Nigeria has lost 96 percent of its natural forest cover and deforestation rate is at an alarming 11 percent per annum.8 Thousands of animal species have lost their habitat. This is happening all over the world, for example has Indonesia since 2001 lost 37 percent of its rain forests, while Brazil lost 45 percent.9 The spread of epidemics may be only one indication of the hardships that might be in store for us all if we continue with our overexploitation of natural resources.