UNITED NATIONS, Jul 8 2020 (IPS) - The coronavirus—which has claimed the lives of over 538,000 people and infected more than 11.6 million worldwide—has destabilized virtually every facet of human life ever since its outbreak in late December.

Providing a grim economic scenario of the devastation caused by the pandemic– including rising poverty, hunger and unemployment– UN Secretary-General Antonio Guterres warned last week of the possibility of an even worse disaster: the risks of bioterrorist attacks deploying deadly germs.

“So, as we consider how to improve our response to future disease threats, we should also devote serious attention to preventing the deliberate use of diseases as weapons,” he declared, speaking at a Security Council meeting on the maintenance of international peace and security— and the implications of COVID-19.

Guterres pointed out that the Biological Weapons Convention (BWC), which codifies “a strong and longstanding norm against the abhorrent use of disease as a weapon”, has 183 States Parties.

“I urge the 14 States that have not yet joined the Convention to do so without any further delay,” he urged.

Of the 14 countries outside the Convention, 10 have neither signed nor ratified the BWC, including Chad, Comoros, Djibouti, Eritrea, Israel, Kiribati, Micronesia, Namibia, South Sudan and Tuvalu, while four countries, Egypt, Haiti, Somalia and Syria, have signed but not ratified it.

John Loretz, a former Program Director and a senior consultant with International Physicians for the Prevention of Nuclear War (IPPNW) told IPS: “I think the Secretary-General is absolutely correct in both assessments– that the BWC is a strong treaty with widespread support, which needs to be strengthened, and that building up our public health institutions and pandemic response infrastructure would ensure that essential resources are in place should we ever have to deal with a biological weapons attack”.

That said, one of the obstacles to getting effective oversight and verification into the BWC—perhaps the biggest obstacle—has been lobbying by the biomedical and pharmaceutical industries and their allies, who have argued that it’s difficult to determine intent when assessing whether someone is using a toxin for legitimate reasons (e.g., vaccine development) or for prohibited reasons (i.e., weapons), and that intrusive inspections would compromise trade secrets and intellectual property rights.

Loretz said those who want to strengthen the BWC will have to find a way past industry stonewalling in order to give the treaty compliance tools such as those incorporated into the Nuclear Non-Proliferation Treaty (NPT) and the Chemical Weapons Convention (CWC).

Jez Littlewood, a freelance researcher with expertise in biological weapons, arms control, and national security issues, told IPS the use of a biological weapon would be an act involving the deliberate use of disease.

“We know from consistent data about disease and its impacts worldwide that it can have potential devastating consequences”.

The outbreak of Ebola in West Africa in 2014, the influenza pandemic of 1919 and the diseases brought by European explorers and settlers to the Americas from the 15th century onwards all had significant implications for populations, he noted, adding that 2017 data makes this clear: https://ourworldindata.org/causes-of-death

Tracing its history, Littlewood said bioterrorism certainly exists, but in the 25 years since Aum Shinrikyo launched its chemical weapons attack on the Tokyo subway system, bioterrorism has been low level and relatively unsophisticated.

Terrorists have killed far more people with vehicles, knives and basic firearms than they ever have with disease causing organisms, said Littlewood, who served under secondment to the UK Foreign and Commonwealth Office; and worked at the United Nations in Geneva.

John Hart, Non-Resident Scholar at the James Martin Center for Nonproliferation Studies, Monterey, California, told IPS it seems that the Secretary-General’s basic message is that preparedness against disease outbreaks also strengthens preparedness against so-called deliberate events—not that COVID-19 per se would be used as a method of warfare or for hostile purposes.

He pointed out that health infrastructures are fragile and societal resilience is weak. Therefore, international preparedness against biological warfare requires further strengthening.

And there are those who are working to strengthen the broader global architecture, he noted. 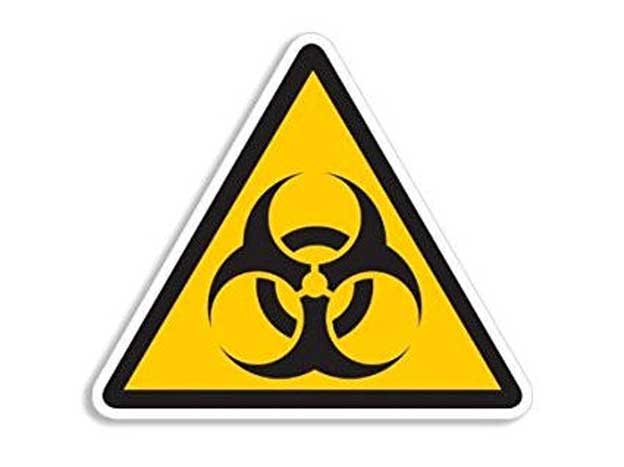 Littlewood said it is correct to note that the barriers to creating a biological weapon are lower today than they were two decades ago, or even a decade ago, but deliberately causing a large-scale outbreak of a disease is far from easy”.

He said States, rather than bioterrorists, are far more likely to have the technical, financial, and organizational capabilities to develop bioweapons of concern.

Littlewood also said that bioterrorism should not be dismissed, but empirical data from the last 25 years is clear in indicating there is far more interest in biological weapons among some terrorist groups than there is a capability to develop and use such weapons.

Purposefully manipulating the virulence of a disease-causing organism with a view to using it as a weapon is far more likely to be in the realm of a state-led program than a terrorist one, and features more prominently in Hollywood and fiction and political speeches than in reality, said Littlewood, who previously worked at Carleton University (Ottawa) and the University of Southampton (United Kingdom).

“No state openly admits to or claims to have an interest in developing biological weapons, which speaks to the strength of the normative constraints on using disease deliberately as a weapon”.

Guterres said there is also need to strengthen the Convention, which lacks an oversight institution and contains no verification provisions, by enhancing its role as a forum for the consideration of preventative measures, robust response capacities and effective counter-measures.

Fortunately, the best counter to biological weapons is effective action against naturally occurring diseases. Strong public and veterinary health systems are not only an essential tool against COVID-19, but also an effective deterrent against the development of biological weapons, he added.

All of these issues must be on the agenda next year at the Convention’s Review Conference, declared Guterres.

Asked if chemical weapons, used by warring factions in Syria, were categorized as biological weapons, Hart said both the BWC and the Chemical Weapons Convention cover toxins.

The allegations of use of weapons in Syria relate to chlorine, sarin and sulphur
mustard. These agents do not meet the definition of a biological weapon under the BWC, he declared.

The Syrian government carried out toxin research which it characterized as being defensive in nature.

This work is mentioned in Syria’s declaration to the Organization for the Prohibition of Chemical Weapons (OPCW) and has been discussed at Executive Council meetings and at the margins of EC meetings, said Hart.

“It is my understanding this particular matter is now largely resolved. The matter is referenced in statements, and some official public documentation, said Hart.

He can be reached at thalilfdeen@aol.com