You can shine your shoes and wear a suit
you can comb your hair and look quite cute
you can hide your face behind a smile
one thing you can’t hide
is when you’re crippled inside.
John Lennon 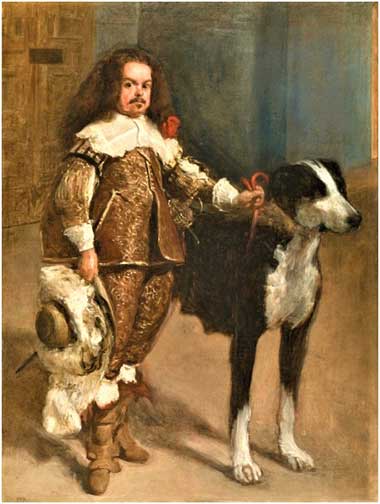 COVID-19 made some of us aware of how dependent we are on one another, this is why so many of us become upset when confronted with the reckless behaviour of those who do not respect rules, like social distancing and the wearing of face masks. Lack of empathy appears to be spreading throughout our global society. ”Why do I have to care about others? The most important thing is my own well-being and success,” a way of reasoning that fosters contempt, misogyny and racism and worst of all – disdain for those who are old and weak, and/or for various reasons have been bodily incapacitated, making it hard for them to participate in the rat race for beauty and success.

It is becoming increasingly common to be transfixed by the idea that character is reflected by appearances and thus many individuals become obsessed with obtaining, or maintaining, an aesthetically pleasing appearance. An entire business has developed around our cult of bodily beauty, as well as the youth, glamour and success assumed to be connected to it. Beauty contests, fashion shows, cosmetic surgery, fitness studios, make-up products and a host of other phenomena profit from this craving for human beauty.

The United States of America even has a president who made a fortune from organizing beauty pageants and appeals to people´s desire for glamour and success. He even made his own name into a brand equivalent to his shallow ideals. However, that same man has through speech and actions made us aware of the abominable backside of the beauty cult — ”the ugly”, ”the fat”, ”the old and decrepit”, ”the deviants”, ”the others”, ”the aliens”, i.e. all those who do not correspond to an image of perfect beauty are by him labeled as ”losers”, or threats to ”our way of being”. One of the worst displays of the mindset of this powerful bigot was when he in public made fun of a disabled man and to the approving cheers of his followers imitated his difficulties to coordinate his body movements.

Among children, it is common to make fun of other kids with mental, or physical difficulties, happily ignoring the fact that victims of such jokes may become traumatized for life. What attract the mockery may even be quite insignificant and not even a disability – a limp, a birthmark, small stature, obesity, dark skin, big ears – you name it. Seldom have these ”pecularities” anything to do with the victim´s character.

The disdain of people with physical disabilities may result in a denial of their rights to live a decent life. On top of that comes the discomfort, or even revulsion, which several of us demonstrate while being confronted with severe ailment and disfigurement. One particularly painful stigma is facial disfigurement, something which is described in Kobo Abé´s novel The Face of Another and The Monster, a short story by Stephen Crane.

The Japanese novel describes how a man´s face is burned and disfigured in an industrial accident and how his wife becomes nauseated by his new appearance. He succeeds in undergoing a plastic surgery that alters his looks. After experiencing how his life was before his disfigurement, during it and after he had obtained a ”new” face, the main character becomes acutely aware of how his own personality is affected by how other people react to his appearance. In the end he becomes a stranger to himself.

Abé´s novel deals with several aspects of how we and others perceive us, based on our outer appearance. Among other examples he describes the awful experiences of men returning from wars with their faces disfigured from burns and head wounds and how the first question of severely wounded soldiers tend to be: ”What about my face? Is it intact?” a worry that often is greater than their concern for limbs and organs.

Crane´s short story was written in 1898 and is even more tragic. It deals with a black coachman in the southern states of the U.S., whose face became horribly disfigured when he saved the son of his employer from a fire. The boy´s father is a well-liked surgeon in a small town, and he feels obliged to take care of his son´s saviour. However, the coachman´s face looks so horrible that people become afraid of him, in spite of the fact that he remains a nice man and furthermore is a hero. That the doctor takes care of a man with such an awful complexion makes him a victim and pariah, forces him out of his practice and turns him into a wretch as well.

Apart from a deep-set aversion to other people´s disabilities we have a tendency to grade misery. For example, I once had a colleague who was severely hearing impaired. He told me: ”I often wish I had been blind instead of deaf. People feel sorry for blind people, but I am generally treated like an idiot, because I talk in a peculiar manner and people have to make an effort to make themselves understood by me. I am a nuisance to myself and everybody else.” This may be the reason for the English expression ”deaf and dumb” and the fact that not so long ago hearing impaired people were assumed to be mentally retarded and even ended up in asylums.

A slight problem might have huge consequences. A popular Swedish author and entertainer, Beppe Wolgers, suffered from stuttering. In his autobiography Wolgers described a life-long suffering from stuttering, which he at the same time acknowledged to be the reason for his success as a comedian and author – it made him aware of the extreme importance of language and to think carefully about every utterance he made. However, he did not deny that his stuttering had been an incapacitating affliction.

Late in life he met with other stutterers, who also happened to be authors and actors. Between themselves they could talk about stuttering, nervousness and fear, about finding different words and tricks to express themselves via detours, a need for finding synonyms, other verbal tools and useful gestures. ”An internal professional talk about stuttering, without inhibitions and lots of laughs.”
Wolgers realised that most of his suffering had evolved from the behaviour of ”well-meaning normal people.” Many of them had avoided talking to him about his problems and during his entire life he had been laughed at, openly or secretly. Words that he never had intended to say had been put in his mouth and made him feel stupid and isolated. In the company with other stutterers Wolgers had felt free to laugh at his problems, but when the ”outside world” laughed at him and imitated his stuttering he suffered from an ever-increasing paralysis and fear.

The current presidential candidate and former Vice President of the United States, Joe Biden has struggled with stutter throughout his life and declared that it is a handicap that people laugh and humiliate others about, often if they do not even mean to do it. Joe Biden is just one example of stutterers who while investing immense physical and mental energy to overcome their handicap have become entertainers, actors and politicians.

However, disabilities seldom lead to success, instead they might isolate you and loneliness devours your self-respect. The worst is when you have a visible physical ”disorder” that is impossible to hide from yourself and others. In spite of their good intentions ”outsiders” might judge physically disabled individuals based on their appearances. Attitudes tend to be embossed by prejudices towards the ”sick” and ”disabled” and thus our actions may be blemished by moralizing and superficial conventions. ”Non-affected” persons might carry with them a self-congratulating, vicarious suffering that prevent several victims of disabilities to be accepted as integrated parts of our society. Our awkwardness is great when it comes to spending time with afflicted indiviuals and we might thus make others ashamed of their illnesses and/or embarrassed about their disabilities. I once had a pupil who tried to explain her suffering to me:

– As you and everyone else can see I am dwarf. No one considers Eve (not her real name) as just Eve, I am always ”Eve the Dwarf”. I have found that the only way to be who I am is to accept that I am a dwarf. I have begun to admire dwarfs who work in circuses and show business. They make others laugh or cry, they make art out of their disabilities, they can even laugh at themselves. If people cannot see me as anything else than just a dwarf, so be it. Let me be a dwarf. I am a good actor, and when I act I feel free. I even applied to the Theatre School, but was not accepted. They told me: ”You´re a good actor and quite funny, but you must understand … your disability is tabú, you cannot laugh at a disabled person. We´re sorry.”

The only thing I was able to tell her was: ”OK, then you have to forget about making a living from acting. You are a good student. I assume you could go to the university and enter academia.”

She started to cry and told me: ”It´s easy for you to say.”

Instead of falling victims to a cult of bodily beauty stigmatizing those who do not meet the standards of what we assume to be ”normal and beautiful”, let us try to find the inner beauty of all those who are judged due to their appearance and realise that empathy and equal rights is something that benefit us all.