Ian Richards is an economist at the UN working on development finance and digital government. 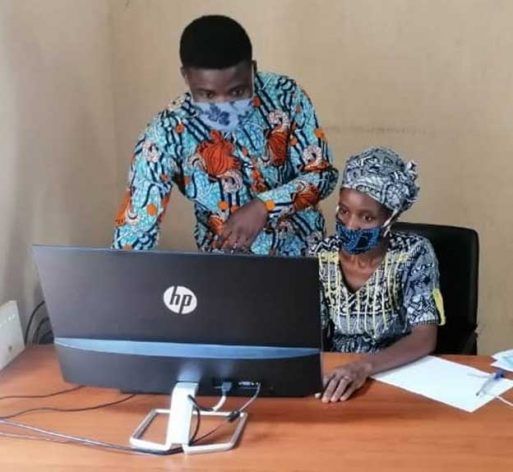 GENEVA, Nov 24 2020 (IPS) - Until recently, Benin was best known for its cotton exports and its vibrant clothing designs. Since this year it is also the fastest place in the world to start a company. By providing a full online service, the government helped entrepreneurs create businesses and jobs during the pandemic. A third of Benin’s new entrepreneurs are women.

Earlier this year Sandra Idossou, a Beninese entrepreneur who had earlier run a media business, decided she wanted to open a handicrafts shop in the country’s bustling commercial capital, Cotonou. Having found a shop space, her next step was to obtain a permit to operate the business.

With Covid restrictions in place and enforced by the authorities, she logged into monentreprise.bj (in English, mybusiness), Benin’s new business registration website. Within ten minutes on her smartphone she had entered her information, photographed and uploaded her identity documents and paid by credit card. Two hours later, an email arrived with her certificates of incorporation, and her business was officially created.

Sandra benefited from a UN digital government platform, called eRegistrations, which now places Benin, jointly with Estonia, as the fastest in the world in which to start a company, jumping ahead of New Zealand, Georgia and Hong Kong, China. The EU average is three days, in New York it is seven days.

ERegistrations operates in seven other developing countries (Argentina, Cameroon, El Salvador, Guatemala, Iraq, Lesotho and Mali) with installation underway in two more (Bhutan and Cuba). The aim of the UN’s platform is not to beat world records, but to make official procedures more accessible and transparent, particularly for small businesses.

Laurent Gangbes, who runs Benin’s investment and export Promotion agency (APIEx), which operates monentreprise.bj, implemented with the help of Dutch funding, is proud of what it has achieved.

“Entrepreneurs and foreign investors told me they wanted to set up a business from their mobile phone so as to avoid unnecessary travel. We brought together several government services and worked to simplify forms and cut procedures to the strict minimum required.”

“This shows that when it comes to digital government, African countries are leapfrogging ahead of the rest of the world to be the best,” he added.

Paper-based administrative procedures are characterized around the world by long queues outside government offices, rude staff, frustrated users and the thump of rubber stamps.

But the reality can be worse, with the need to visit many different government departments, a bewildering array of forms mostly asking the same information, repeated demands for certified copies of identity documents, long waits for procedures that could be automatic, and occasionally requests for bribes. 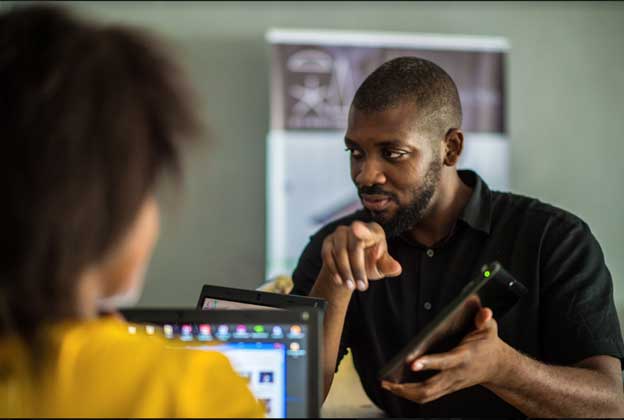 The time taken and the cost to pay an agent to deal with the paperwork can at best deter and at worst put creating a legal business out of reach. This results in many developing country SMEs and workers left in the informal economy, unable to access loans or insurance, lacking legal protections, and contributing neither taxes nor social security.

But it can also lead to political instability. A World Bank study after the Tunisian revolution, which was in part driven by youth unemployment, found that one-third of young entrepreneurs in the country had had difficulties accessing finance because of the administrative burdens associated with company creation.

Administrative barriers are not limited to developing countries. A report by the US Office of Management and Budget calculated that in 2015, Americans spent 9.78 billion hours on federal paperwork.

In Benin, the online platform was launched just before the Covid crisis. But the investment proved its worth. The number of companies created through the platform tripled between February and July, reaching 3,600 applications a month.

One-third of entrepreneurs were women, half were under 30 and half were based outside Cotonou. Government officials were able to check documents and approve company applications from their home, keeping to the two-hour benchmark.

Mr. Gangbes of APIEx is pleased with the results so far.

“During the pandemic the platform also helped those who had lost other sources of family income, as well as vulnerable rural populations, to set up their own business. I am confident this will contribute to Benin’s post-covid economic recovery.” He also thinks the platform is changing the way government works.

“My staff now spend more time advising clients and less time pushing paper. They are happier and more productive. And we are collecting a lot of data on the private sector that will help shape our economic policy.” The next step for the platform is to add new procedures, such as renewing business and trading licenses.

Frank Grozel, who leads the eRegistration programme at UN Conference on Trade and Development (UNCTAD) thinks the possibilities for the digital government platform are limitless.

“The platform can also be used for land registries, civil registries, social security systems, immigration services. In El Salvador we are using it to help the government fight crime.”

He added that the pandemic had forced governments to accelerate the migration of their services online. “We are seeing huge interest in this area. As with business, the future for governments is digital.”