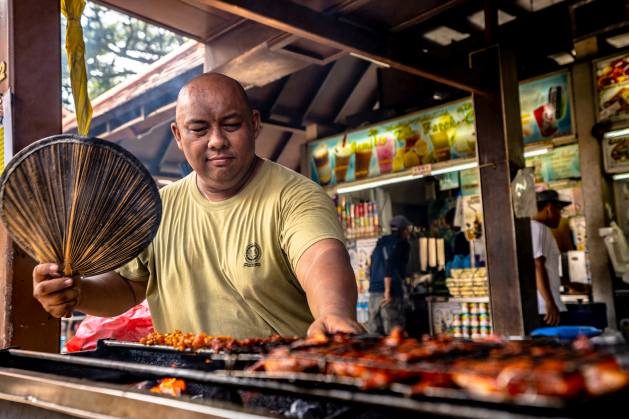 PARIS, Dec 23 2020 (IPS) - Cuisine formed a notable portion of the latest inscriptions on UNESCO’s Representative List of the Intangible Cultural Heritage of Humanity, with hawker food in Singapore and couscous traditions in North Africa being celebrated.

The two were among 29 elements inscribed when the intergovernmental committee for the safeguarding of the world’s Intangible Cultural Heritage met virtually Dec. 14 to 19, hosted by Jamaica and chaired by the island’s Minister of Culture, Gender, Entertainment and Sport, Olivia “Babsy” Grange.

“This year … the experience that we all had in sharing and experiencing the cultures of different countries made us realize that in spite of the pandemic, in spite of us being apart, we were still able to share in each other’s culture, and what it did for all of us was to bring us closer together,” Grange said at the end of the meeting.

The inscription of Singapore’s “hawker culture, community dining and culinary practices in a multicultural urban context” marks the first time that the Southeast Asian island state has an element inscribed on the List.

Hawker culture is “present throughout Singapore”, with these food centres seen as a kind of “community dining room”, officials said. Here, people from diverse backgrounds dine and mingle, in an atmosphere of conviviality and enjoyment of the scents and flavours on offer.

Hawker centres grew out of street-food culture, housing cooks who provide meals in a bustling communal setting with different stalls. The centres have, however, seen closures and fewer customers because of the Covid-19 pandemic, making the 2020 inscription a bitter-sweet one. 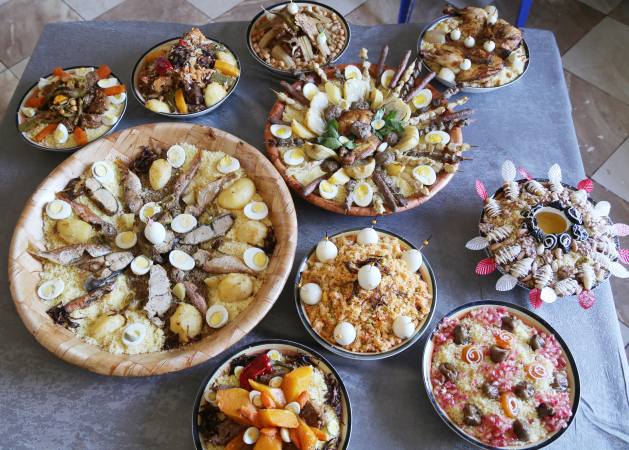 The couscous submission – which focused on the knowledge, know-how and practices pertaining to the production and consumption of the dish – was made by Algeria, Mauritania, Morocco and Tunisia, and it naturally sparked an online debate about the absence of other countries that are known for this food, and about favourite recipes.

The inscription encompasses “the methods of production, manufacturing conditions and tools, associated artefacts and circumstances of couscous consumption in the communities concerned,” according to UNESCO (the United Nations Educational, Scientific and Cultural Organization).

Originating from the Berber culture of Algeria and Morocco, couscous is now eaten around the world, accompanied by a variety of vegetables and meats – depending on the region, the season and the occasion.

It comes “replete with symbols, meanings and social and cultural dimensions linked to solidarity, conviviality and the sharing of meals,” UNESCO said.

Food was also indirectly highlighted with the inscription of “Zlakusa pottery making, hand-wheel pottery making in the village of Zlakusa”. This comprises the practice of making unglazed food vessels that are used in households and restaurants across Serbia, originating from a tiny village in the west of the country. 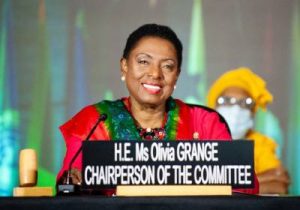 Some gastronomes claim that dishes prepared in Zlakusa earthenware have a unique taste, and the pottery’s “close association with the village of Zlakusa and its environs reflects its close link with the natural environment,” the inscription stated.

Away from food, several music and art practices were also inscribed, and the meeting saw three elements added to the List of Intangible Cultural Heritage in Need of Urgent Safeguarding, while another three were added to the Register of Good Safeguarding Practices.

The latter “facilitates the sharing of successful safeguarding experiences” and “showcases examples of the effective transmission of living cultural practices and knowledge to future generations,” UNESCO said. Elements inscribed this year include the Martinique yole (a light boat), whose tradition goes back several centuries in the Caribbean.

The committee stated that a “spontaneous movement to safeguard these boats developed while they faced the threat of disappearing” and that the safeguarding programme has grown over the years. The main purpose is to “preserve the know-how of local boat builders”, transmit expertise on sailing, and create a federation to organize major events.

In a year that has seen the cultural sector hit hard globally by the Covid-19 pandemic, the inscriptions brought some cheer to the 141 countries attending and the more than one thousand people participating in the virtual meeting. During an online press briefing on Dec. 18, committee chairperson Grange noted that Jamaica was of course also affected by the health crisis, but that the population was very “resilient”.

“It impacted aspects of our culture, primarily the entertainment industry, and also various sectors in the creative industry,” she said in response to a question. “It has impacted the economy … and our creative people who depend on their creative works to earn an income. However, we were still able to take our music to the world, through technology.”

Grange said that hosting the huge virtual meeting of the Intangible Cultural Heritage committee posed some technological challenges, but nothing that could not be overcome. She said it showed the importance of working together, of sharing cultures, and of finding ways to overcome obstacles to “ensure that we continue to use culture to unite the world.”

This year saw the highest number of multi-country nominations – 14 inscriptions “testifying to the ability of intangible cultural heritage to bring people together and promote international cooperation,” Grange said.

“These are great achievements for all of humanity,” she declared, recalling her country’s pride and the global celebration when reggae music of Jamaica was added to the List in 2018.