Myanmar Looks Back in Fear and Anger after Military Coup

By Guy Dinmore, and a reporter in Yangon Reprint | | 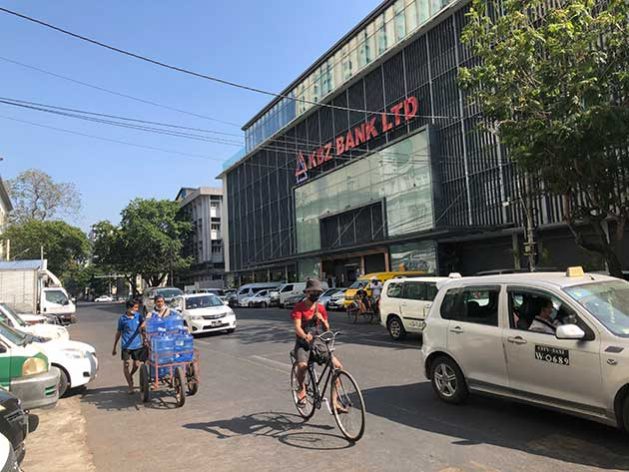 Banks reopened in Yangon on February 2 after closing the day before. Credit: IPS / Yangon stringer

YANGON, Myanmar, Feb 3 2021 (IPS) - As night fell on Tuesday, the second day of the military coup in Myanmar, two familiar scenes were being played out on opposite sides of the world.

In New York the international community, in the form of the UN Security Council meeting through video link-up, was failing yet again to agree on a meaningful and united response to events dictated by the Myanmar military. And in the capital Nay Pyi Taw, Aung San Suu Kyi was once more under house arrest along with President Win Myint and other prominent figures, doubtless under pressure from her uniformed captors to yield to their demands.

Watching and waiting for important signals are the people of Myanmar, extremely worried and angry and already organising civil disobedience movements through social media. Last November they turned out in a worsening pandemic to vote overwhelmingly to give Aung San Suu Kyi’s National League for Democracy (NLD) another five years in government, only to see the democratic process abruptly halted before dawn on February 1 — just as parliament was due to convene for the first time since those elections and start selecting the nation’s president.

Win Htein, veteran patron of the NLD and a former Tatmadaw officer, has called on the people to oppose the coup peacefully. “What I want to say right now, while I still have time, is that everyone in the country should oppose as much as they can the actions they are seeking to take us back to zero by destroying our government,” he told reporters in the capital, according to Frontier Myanmar magazine.

However, if history is a guide, Myanmar could be in for another prolonged period of darkness and dictatorship.

Back in 1990 the military junta of the day held relatively free elections two years after a brutal crackdown on student-led protests which saw Aung San Suu Kyi — unexpectedly to everyone, including herself — enter the political stage. Her NLD swept the elections but the military annulled the results and kept her under house arrest. The NLD boycotted the 2010 polls but in 2015 it was persuaded that the military was indeed serious about sharing power along a still vague roadmap towards democracy. The NLD won by a landslide through the star power of its leader, widespread anger against the ex-juntaand its puppet party, and assisted by the first-past-the-post electoral system.

By the time Myanmar’s feted democracy icon formed her government in early 2016, with three key ministries kept for the generals, she had spent a total of 15 years under house arrest, during which she was famously awarded the Nobel Peace Prize. 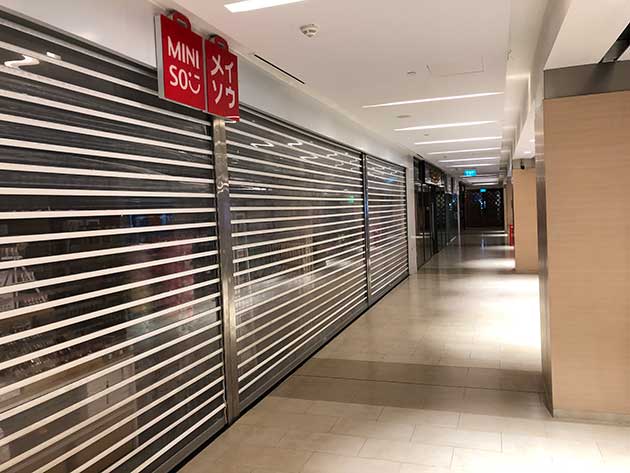 Retail stores in Sule Square, central Yangon, were closed on February 2, the day after the coup. Credit: IPS / Yangon stringer

The country was just surfacing, tired and depleted, from nearly half a century of harsh military rule coupled withisolation and constant low-level warring on its borders. That spring of 2015 saw the blossoming of a relatively free print media, including the gloriously multi-ethnic newsroom of the Myanmar Times – the country’s first non-state English-language daily – and an explosion of open telecoms and social media, dominated by Facebook. Foreign investors flocked in,though like tourists, most just came for a curious look. The UN-backed “peace process” kicked off again with armed ethnic groups. Kentucky Fried Chicken’s first outlet in Yangon was swamped.

It was a time of hope and many people – including the hordes of NGOs and UN aid workers who descended on Myanmar – were lured into ignoring the warning signs.

Charming in her BBC interviews but almost never speaking to the domestic press, Aung San Suu Kyi was known to be autocratic and stubborn and at first handed herself a clutch of ministries, denied as she was the presidency by the 2008 constitution (because her sons are foreign citizens). She is also a Bamar nationalist and Buddhist who, according to those who met her in her early years of pro-democracy struggle, believes the Moslem Rohingya are not part of Myanmar’s historic fabric and do not belong there, even though many have for generations.

Senior General Min Aung Hlaing, the head of the Tatmadawmilitary who as of this week controls all state powers, shares all those characteristics. Unsurprisingly their relationship was said to be most strained.

Aung San Suu Kyi destroyed her pristine international image by refusing to condemn or try to stop the Tatmadaw’s brutal ethnic cleansing of hundreds of thousands of Rohingya in 2017 and then by defending the country against accusations of genocide before the International Court of Justice in The Hague. The daughter of the legendary independence martyr and founder of the Myanmar Armed Forces further cemented her standing among nationalists of the mainly Buddhist Bamarmajority but tensions with Min Aung Hlaing over the country’s future, and particularly that of the military, persisted.

But why did the generals act now? After all, the 2008 constitution they wrote allocates 25 percent of seats in parliament to the military – sufficient to block attempts to change the constitution – plus three key ministries and nomination of one of two vice presidents. The Tatmadaw has also hung on successfully to its huge economic interests ranging from beer to gems. They control the so-called peace process, and Aung San Suu Kyi was defending them in the international arena. 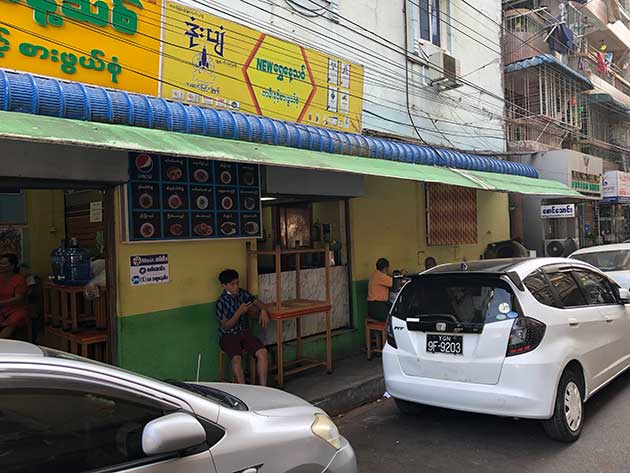 Speculation by way of explanation is rife. The timing was clearly dictated by Min Aung Hlaing’s need to stop parliament from convening and appointing a president, a process that would have validated the elections which the military alleges, without evidence, to have been deeply flawed. There is reason to believe that the senior general was more furious at being exposed as weak and inconsequential by the refusal of the government and the electoral commission to address the military’s allegations of fraud, rather than the results themselves.

It is also rumoured that 64-year-old Min Aung Hlaing, facing retirement due to his age this year, had demanded he follow the path of previous ex-generals and be appointed to top political office, such as president or speaker of parliament. Aung San Suu Kyi, the 75-year-old de facto head of government as State Counsellor, is said to have refused this too, hence the coup.

What next? The military has released some of detainees, including former student activists and intellectuals, and has formed an interim government with the declared intention of holding multi-party elections after one year.

On the international front, the Tatmadaw fears little from targeted sanctions likely to be imposed by the US and European governments. A withdrawal of Japanese aid and investments would have a much greater impact however. Relations with China are complex and sometimes strained, but the Tatmadaw may reason that Beijing will continue to offer some protection on the diplomatic front and will not pull the plug on its investments for long-term strategic reasons. China’s state news agency Xinhua referred to Monday’s events as a “major Cabinet reshuffle”. Thailand’s military-backed government may also be amenable to continued cooperation.

The NLD insists on recognising the results of the November 2020 elections. It is calling for calm but also civil disobedience. Health workers have started to go on strike, in the midst of the Covid-19 pandemic with the vaccination programme just underway. People are anxiously waiting for Aung San Suu Kyi to be released and to address them.

But the generals, who have an eye for history and partly for legacy reasons moved the capital from Yangon to the then wilderness of Nay Pyi Taw in 2006, are also aware that the last mass outburst of popular discontent, the 2007 ‘Saffron Revolution’, was triggered by fuel price hikes.

The economy today is severely weakened from pandemic lockdowns and many people have been plunged back into extreme poverty. The generals have chosen an extremely difficult moment to re-impose direct military rule over a resilient people who have been given a taste of political freedom and want more.

Guy Dinmore was news editor of The Myanmar Times in 2015-16. The identity of the reporter in Yangon is withheld for reasons of security.