Peace in Yemen, But not Without Women’s Role in Peacebuilding 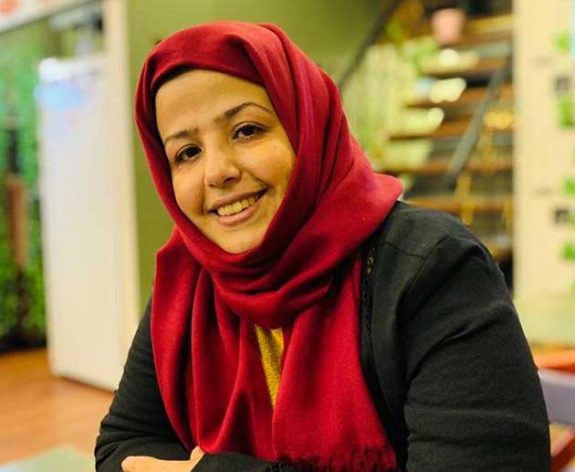 NEW DELHI, India, Feb 15 2021 (IPS) - The armed conflict in Yemen which has lasted six years, has killed and injured over thousands of civilians, displaced more than one million people and given rise to cholera outbreaks, medicine shortages and threats of famine. By the end of 2019, it is estimated that over 233,000 Yemenies have been killed as a result of fighting and the humanitarian crisis. With nearly two-thirds of its population requiring food assistance, Yemen is also experiencing the world’s worst food security crisis. The United Nations has called the humanitarian crisis in Yemen “the worst in the world”.

The conflict in Yemen has its roots in the failure of a political transition, when the 2011 uprising in Yemen forced then President Ali Abdullah Saleh out of power, ending his 33 years of rule in the country. With accusations of corruption and failed governance, and long standing unresolved conflict with the Houthi group who are based in the north of the country, Ali Abdullah Saleh was forced to hand over power to his deputy Abdrabbuh Mansour Hadi. As President, Abdrabbuh Hadi struggled with corruption, unemployment and food insecurity in the country.

The armed Houthi group capitalized on popular discontent and consolidated their control over the governorate of Sa’da and neighbouring areas in the northern parts of Yemen. By September 2014, the Houthis had managed to extend territorial control by taking over a number of army and security positions in the capital Sana’a. In early 2015, President Hadi and the members of his government were forced to flee. By March 2015, at the request of President Hadi, a coalition of states led by Saudi Arabia and the United Arab Emirates (UAE) intervened with the aim of restoring the internationally recognized government back to power, marking the beginning of a full blown armed conflict in Yemen.

The Saudi-led coalition and the Houthi armed group that have been fighting since March 2015 have been responsible for an array of human rights violations and violations of international humanitarian law and also likely to amount to war crimes.

Amnesty International has documented the Coalition’s use of six different types of cluster munitions, including US, UK, Brazilian-manufactured models in Sana’a, Hajjah, Amran and Sa’da governorates.

Women are always the most affected groups in wars, says Kawkab Al-Thaibani, former Director of Women4Yemen Network to IPS News. “Women not only have to survive the challenges of the war, but also carry extra packages of discrimination against them. It is tragic that women face violence at all levels, with no exception, war gives them zero protection,” Kawkab says.

“To rub salts in the wounds, the pandemic makes the lives of the Yemeni women a nightmare. The picture looks so dark and if this situation continues, women will disappear from public and private spears,” says Kawkab.

The rate of violence against women in Yemen was already very high in the context of the ongoing conflict – in 2017, UNFPA had recorded 2.6 million women and girls at risk of gender-based violence. With the added economic, health and social stressors of Covid-19, domestic violence cases are on the rise, UN Women said in its report.

“Yemeni women, peace activists and human rights activists have been doing a great job in handling this alarming situation, but the international community has to step up in supporting women’s cause,” says Kawkab, who has also been working on including women in the country’s peace building process.

The United Nations Security Council in 2000, adopted Resolution 1325 on women, peace and security, reaffirming the important role of women in the prevention and resolution of conflicts, peace negotiations, peace-building, peacekeeping, humanitarian response and in post-conflict reconstruction. However, when it comes to Yemen, the Security Council has failed to reflect on the importance of gender dimensions, and push for women’s meaningful participation in any discussion regarding the current peace process.

“War is the face of toxic masculinity, and it will never give women space, because women are peace agents,” says Kawkab.

“The war in Yemen is the biggest challenge we are facing, but the lack of desire by the negotiators to include women in any talks, another challenge.

“Women are one of the most resilient groups in the society, they are unfettered by the disproportionate challenges they face, despite their work they are left completely out of peace negotiations,” says Kawkab.

Recently U.S. President Biden said that the Saudi-led war in Yemen “has to end”, and halted U.S. support for offensive military operations in Yemen and pledged, “America does not check its values at the door to sell arms or buy oil.”

Greeting this move by the U.S. with cautious relief, Kawkab says, “I am not very optimistic about these measures because they are all politically motivated, and not towards ending the war, or providing Yemeni people with stability.

“As a woman pushing for peace, I know to gain true conciliation, we also need accountability and transitional justice. International experts who are affected by colonial mindset will not be able to achieve peace and stability in Yemen, because they too keep ignoring the true voices of peace, and that’s women.”