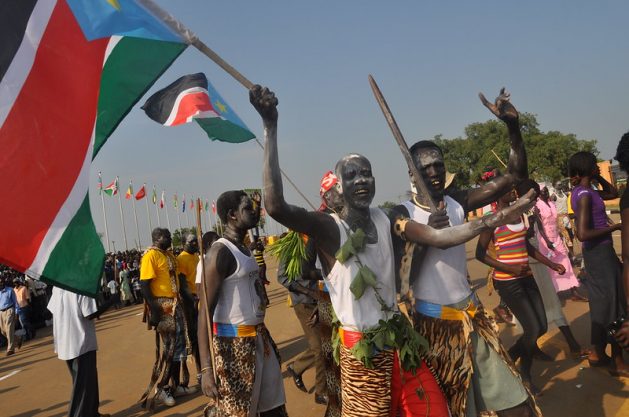 BONN, Germany, Feb 10 2021 (IPS) - The threat of a full-blown civil war in South Sudan remains unless the country’s leaders can broaden power sharing, warns a new report by the International Crisis Group (ICG) released almost year into the country’s formation of a government of national unity.

The report titled “Toward a Viable Future for South Sudan” formulates a stark conclusion. Almost a decade after its 2011 independence from Sudan, “South Sudan – the world’s newest country – needs a reset, if not a redo.”

“Our argument is that South Sudan is so fragile and faces so many challenges and is so diverse that we think the only way to govern South Sudan peacefully is through radical consensus as a form of power sharing and government,” Alan Boswell, ICG’s Senior Analyst for South Sudan and one of the authors of the report, told IPS.

The report urged South Sudanese elite, religious leaders and civil society to rethink the country’s system of governance and create a political system that would work for one of Africa’s most diverse nations with more than 60 different ethnic groups.

Upcoming elections, which could possibly be set for 2022, as well as the country’s “winner-take-all” political system which “ill suits a country that requires consensus among major blocs to avert cyclical power struggles,” could inflame tensions, said the report released today, Feb. 10.

“Incentives for post-election violence will be acute. South Sudan’s highly centralised power structure and political economy raises the election’s stakes, since there are limited consolation prizes especially if [President Salva] Kiir continues to flout the constitution by refusing to devolve oil revenues and removing powerful governors by decree,” the report said. South Sudan has the third-largest oil reserves in sub-Saharan Africa, which generates the majority of the government’s wealth.

South Sudan gained independent after Africa’s longest civil war, which lasted from 1956 to 1972 and then again from 1983 to independence. But two years later, in 2013, the nation descended into civil war after  Kiir fired his cabinet and accused his vice president, Riek Machar, of being behind a plot to oust him.

Majoritarian democracy proved itself to not be a successful model for South Sudan.

“We make the argument that although South Sudan has structured itself along with many other states around the world as a majoritarian democracy, where in theory they go to polls and whoever the majority picks rules. That in practice in South Sudan’s context is likely a recipe for many groups feeling shut out of power, and a recipe for the ongoing power struggles that have already killed 100,000s of South Sudanese,” Boswell said.

In September 2018, all sides signed the Revitalised Agreement on the Resolution of the Conflict in South Sudan (R-ARCSS), which included a power sharing agreement. The government of national unity was formed almost a year ago, at the end of February 2020, as part of the conditions of the agreement.

Boswell urged South Sudanese elites and the country’s external partners to support the country and “go back to the drawing board” and think “how they create the political system that works for them rather than copying political systems from other places that might not be as appropriate.”

The report cited examples of rotational power sharing that could “encourage multi-ethnic alliances or mean losers of elections feel they have a shot at the presidency next time around,” the report stated.

For example, Nigeria — where through informal agreement the country rotates its presidency between the Muslim north and the Christian south; and Tanzania — where the presidency is rotated between a Muslim and Christian every decade.

Additional recommendations included, among others: 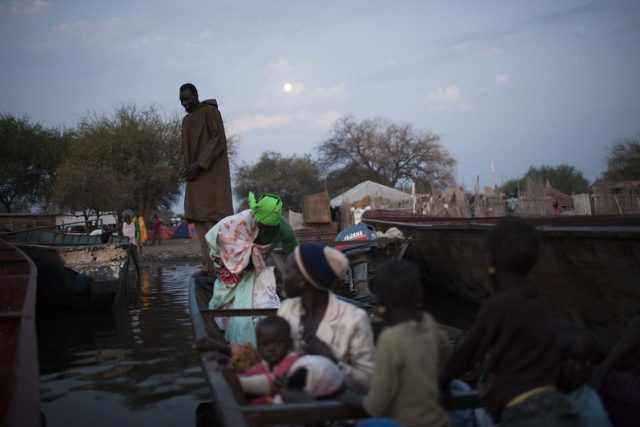 More than four million South Sudanese have been displaced across the region and within their own country in one of Africa’s largest displacement crises (file photo). Credit: Mackenzie Knowles-Coursin/IPS

Last September, Yasmin Sooka Chair of the United Nations Commission on Human Rights in South Sudan said in a statement that the implementation of key areas of the revitalised agreement had stalled. “While the COVID-19 pandemic can take some of the blame, the lack of progress poses a threat to the peace process,” she said, noting the the escalation in violence in Central Equatoria, Jonglei, Lakes, Unity, Western Bahr el-Ghazal, and Warrap States, and the Greater Pibor Administrative Area.

“A breakdown in the ceasefire with armed groups in the Equatorias has fuelled the violence and already displaced thousands of South Sudanese civilians,” she said in a statement to the Human Rights Commission.

According to the UN Refugee Agency (UNHCR), “more than four million South Sudanese have been displaced across the region and within their own country in one of Africa’s largest displacement crises”. Of the four million displaced, UNHCR notes that there are almost 2,3 million refugees and asylum seekers, with the largest number in Uganda (over 890,000), followed closely by Sudan (736,700), followed by Ethiopia, Kenya and the Democratic Republic of Congo.

Last December, the UN Office for the Coordination of Humanitarian Affairs (OCHA) reported that almost half — 5.8 million — of the country’s 11 million people were acutely food insecure. “In 2020, communities were hit hard by the triple shock of intensified conflict and sub-national violence, a second consecutive year of major flooding, and the impacts of COVID-19. Some 1.6 million people remained internally displaced and another 2.2 million as refugees in the region,” OCHA said in its 2021 Humanitarian Needs Overview for South Sudan.

Meanwhile, the ICG report also noted that development partners, fatigued by years of conflict resolution had “no clear plan for finding peace, despite the substantial sums still devoted to humanitarian aid.”

There was also widespread cynicism among donors, Boswell said. “They have lost any vision of what a peaceful South Sudan could look like and how to help get it there,” he said.

He cautioned this was not very sustainable.

“If there is not a vision or a plan that both South Sudanese and both donors can look upon and push towards where the country is heading and what a peaceful situation looks like then we fear that donors would gradually, as they have been, pull more and more out of South Sudan and start doing the bare minimum of just keeping people alive,” Boswell said.

South Sudanese have lost a lot of hope in their country, because they have lost faith in their leaders after seeing them act in ways that are clearly selfish, Boswell said.

One example of this is the large-scale corruption within the country.

According to Transparency International, in 2012 Kiir accused at least 75 government and ex-government officials of embezzling $4 billion of public funds and in a public statement urged for the money to be returned. Only $60 million was reportedly returned to a bank account in Kenya.

Last September, during her statement to the Human Rights Commission, Sooka cautioned that “lives are being destroyed by financial corruption on an epic scale” in South Sudan.

She referred to a recent report to parliament by South Sudan’s National Revenue Authority that had shown “that approximately $300 million have been “lost” in the last three months alone”.

“At one end of the spectrum, South Sudan’s political elites are fighting for control of the country’s oil and mineral resources, in the process stealing their people’s future. At the other, the soldiers in this conflict over resources are offered the chance to abduct and rape women in lieu of salaries,” Sooka had said.

Despite the challenges faced by South Sudan, the country’s diversity remains a strength.

“Europe is not necessarily weaker, in fact a lot of people argue that they are in fact stronger, because of their diversity … So our point is that South Sudanese need to look at what they are constituent-wise and the elites — if they are serious about building their country and not just looting its resources — should think about how to forge a settlement that works for its parts,” Boswell told IPS.