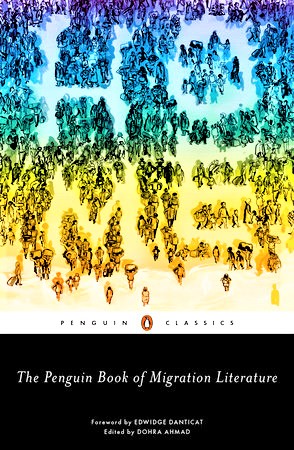 
Many years ago, when my youngest daughter was still a child, she suddenly became sick with stomach pains, vomiting and high fever. At the hospital a nice nurse, probably to find out if the feverish little girl was cognizant enough, asked her: “Where do you come from?” The girl became confused – she was visiting her sister in London, was born in Singapore and lived in Rome, her mother came from the Dominican Republic, her father from Sweden, she had lived in several countries and spoke four languages. She pondered for a while and then she answered: “I am …. I am international”.

Many of us adopt an identity and judge our environment from that chosen position. We might call ourselves nationalists, women or men, black or white, belonging to one of the groups covered by the term LGBTQ, socialists or conservatives, Muslims or Christians. Some of us are even willing to die, or kill, while desperately clinging to such auto-definitions.

Politics and religions have been founded upon and maintain such monolithic convictions, which in reality are just parts of what constitute the mind of a human being. As a matter of fact, each and every one of us have a multitude of identities. Some might have been chosen by ourselves, while others are unavoidable.

One elusive identity is race. Millions, if not billions, suffer from that unfortunate categorization, which has given rise to a multitude of privileges, prejudices, inequalities, contempt and suppression. I recently read a masterpiece in the genre of “Afro-American literature” – Ralph Ellison’s Invisible Man where every page alludes to the stigma of having been born black in the United States. I came to think of Ellison’s novel after having read John Howard Griffin’s Black like Me, in which a white man in the Deep South of the U.S. changes his skin colour and immediately enters into another existence, where he every time of the day experiences the hardship and disdain confronted by a black person. Ellison’s novel was written in 1952 and Howard Griffin’s reportage book in 1960, but unfortunately are the two authors’ experiences and observations still valid today.

In these days of globalisation and rampant xenophobia it might be pertinent to remind ourselves that each and every one of us have a wealth of different identities, imprinted by genetics, culture and experience. The Swedish poet Gunnar Ekelöf expressed this with great eloquence (though some of ther poem’s beauty is lost in my translation):

A world is everyone, inhabited
by blind beings in obscure rebellion
against the Self, who rules us all.
In every soul, thousands souls are trapped.
In every world a thousand worlds are hidden.
These blind ones, these veiled worlds
are real, alive, though incomplete,
as true as I am real.
My daughters belong to a generation characterised migration and globalisation and I, like so many others, am hurt by the xenophobic madness that haunts our world and current times. None of these phenomena are new to humankind, they have been with us during the entire existence of Homo Sapiens and just as the identities of an individual, these concepts are multifaceted.

Take migration. What does it really mean? The definition is simple – “migration” denotes any long-term movement and is constituted by the two concepts of “emigration”, which is the act of leaving a place and “immigration” referring to the arrival to another place. However, nuances make it all confusing – for example a concept like “forced migration”, which is used to label phenomena like overseas enslavement, deportation to imprisonment and forced labour, trafficking, political or religious persecution, exile, expatriation and other abuses that have formed our current world.

There exists a grey zone between “forced” and “voluntary” migration, i.e. when people themselves have chosen to move from one country to another, or from one area within a country to another. However, while talking about “voluntary” migration it is often forgotten that children are forced to move with their parents, or being left behind, while women often have to “choose” to abide to the will of their spouses.

In this “grey” zone we also find choices to leave an area characterised by war, or persecution due to political affiliations, religion, race, sexual orientation, freedom of speech and a wealth of other discriminatory realities.

So called “pull” and “push” factors are applied to choices to migrate which are based on economic reasoning; a search for a better life and greater opportunities. This striving of poor people to obtain improved living conditions is regularly and consciously simplified and abused by populist politicians, who define “economic immigrants” and particularly those labelled as “illegals”, as lazy or criminal “parasites” intending to benefit from the hard labour of “decent” nationals “born and bred in the country”.

Among such so called “parasites”, chauvinists tend to include the children and descendants of migrants, who have not chosen their destiny, as well as the millions of people who have fled from countries which turmoil originally was caused by interventions by the same countries they try to enter; like France which involvement caused misery in places like Algeria and Vietnam, Italy in Libya, Ethiopia and Somalia, Belgium in Congo, Portugal in Angola and Mozambique, and the United States in Latin America, Vietnam, Cambodia and the Philippines, just to mention a few examples. At the same time, wealthy and privileged people who avoid paying taxes and seek pleasure are all over the world welcomed with open arms.

COVID-19 is currently accentuating the discrimination of marginalized, dispossessed, persecuted and desperate people, often described as originators and spreaders of a lethal disease that actually is a global phenomenon, which origin and spread we humans are jointly guilty of. COVID-19 is a disease that affect us all, independent of origin, race, class and wealth.

Hopefully could this global scourge teach us to consider our small, life-providing planet as an enclosed universe, which sustains our entire existence. Accordingly, everything depends on our mutual respect and care for every living organism and its unique habitat. Such a realisation might help us to understand that we are responsible for the life of every inhabitant of this planet, irrespective who s/he is and where s/he lives. As the Swedish poet Bengt Lidner wrote in 1783:

“Among Novaya Zemblas mountains, within the burned valleys of Ceylon, wherever a miserable wretch dwells, he is my friend, my brother.”