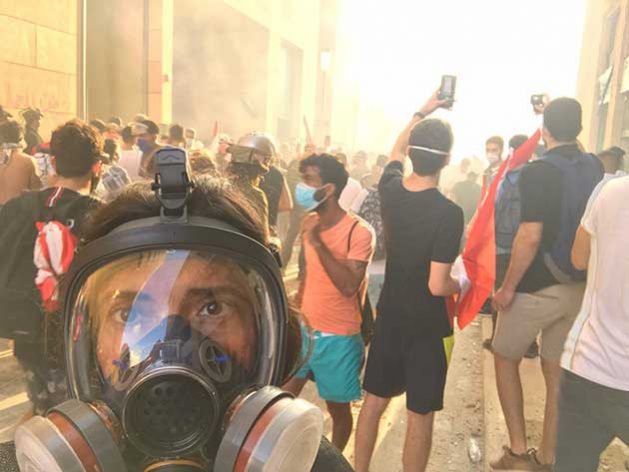 Zwein during one of the 2019 protests in Beirut. Credit: Victoria El-Khoury Zwein

BEIRUT, Lebanon, Mar 12 2021 (IPS) - The fight for equality around the globe has taken a few steps forward in some countries which provides a glimmer of hope for future generations for increased female participation and representation. However, that particular fight is taking new shapes and forms in multiple corners of the world, where women are still persecuted, silenced, threatened, killed, harassed, and stripped off their basic human rights on a daily basis. The question today is, when will the world become a safer place for women and girls?

While the degree of severity is uneven in countries, Lebanese women and girls struggle each day on multiple fronts. While many Civil Society organizations (CSOs) and United Nations agencies work on Sustainable Development Goal (SDG 5) for Gender Equality, facts point towards a reality that will require years to achieve gender parity as per Agenda 2030. In fact, according to the World Economic Forum Gender Gap Index of 2020, Lebanon is ranked 145 out of 153 countries when it comes to gender equality and parity.

Lebanese women’s political participation has increased over the years. This was seen especially during the 2018 parliamentary elections, with 86 registered women candidates, according to a study by the United Nations Development Program (UNDP), titled “2018 Lebanese Parliamentary Elections: Gender Key Results”. In contrast to the parliamentary elections of 2009, that saw only 12 women candidates.. In January 2020, and as a result of the 2019 Lebanese revolution, a new cabinet formed by Prime Minister Hassan Diab, included 6 female ministers, a first in Lebanese history. 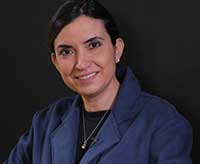 This unequal political representation is due to gender stereotypes that Lebanese women still have to face on a daily basis. Political activist and trainer, Victoria El-Khoury Zwein, told IPS that women still face gender stereotyping when running for elections. As a woman in politics, Zwein explained that she faced multiple challenges, especially when in 2004, while pregnant, she ran for the municipal elections for the first time in her town of residence.. “According to them [the public], I was a foreign pregnant woman with children and needed to take care of them”, she said, adding “It seemed [to the residents] as if there were no more men to run for elections”.

The political activist went on to run for the 2016 municipal elections after more than a decade and she was met with a more welcoming attitude from the residents of Sin-el-fil where she won with a high number of votes.

Zwein believes that politics should be viewed and practiced differently in Lebanon; subsequently she was pushed to run for the Lebanese parliamentary elections of 2018.

Zwein highlighted to IPS the political violence that women are subjected to in this field. “Women [politicians] are faced with violence in all aspects. They are targeted with comments on social media and receive constant threats of rape and abuse especially when publicly stating controversial political opinions”. Zwein explained that when women discuss political topics, they are met with attacks on their personal lives which could potentially end their careers, while in parallel, men are not met with the same shameful attitude.“Any sexual scandal that befalls men in politics is not given much attention and a male politician could still become prime minister if he wishes to be, but never a woman”, stated Zwein.

Additionally, the activist pointed out that the media play a huge role in reinforcing gender stereotypes because of some inherently sexist and disparaging questions that are asked to women candidates during interviews, such as juggling their professional and personal lives, and whether or not they have their spouse’s approval and support. “Violence against women politicians only ocurrs, because they are women” Zwein emphasized.

Violence against women in Lebanon takes on multiple shapes and forms. In fact, the COVID-19 pandemic has led to an increase in domestic abuse, gender-based violence and femicides in Lebanon and across the globe. The United Nations refers to this phenomenon as the “Shadow Pandemic”. This escalation in cases of domestic violence was visible through an increase in the numbers of calls from 1375 in 2019 to 4127 in 2020 to the domestic violence helpline affiliated to ABAAD; a Lebanese resource center for gender equality. Additionally, the Lebanese internal security forces (ISF)’s domestic violence hotline (1745) registered 1468 calls from 2020 till 2021, in contrast to 747 calls between 2019 and 2020, showing that reports of domestic abuse have almost doubled in the past year. According to the ISF, 61 percent of those abuse reports are made against husbands. 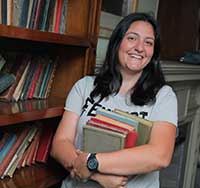 Multiple women’s rights experts have attributed the rise in gender-based violence to the unprecedented lockdowns and economic crisis Lebanon is currently facing. Gender expert, journalist, and human rights activist, Hayat Mirshad told IPS that: “Not a week goes by in Lebanon without hearing on the news of murder of a woman that was the result of domestic abuse. Ever since the beginning of 2021 until this day, more than 5 femicides occurred, which indicates an alarming aggravation of this phenomenon [gender-based violence]”.

Mirshad explained that the real issue when it comes to gender-based violence is the societal culture and conservative mentality that justifies abuse and violence against women and girls by holding victims accountable for the abuse. The justifications are often related to honour and disobeying their spouse, among others. “It is important to point out that a law [Law n. 293 ratified on 7/5/2014] to protect women and girls from domestic abuse exists in Lebanon and was amended recently [December 2020]. However, the real problem is the execution of this law” stated Mirshad.

The gender expert pointed out that the measures taken by authorities are not as strict as they should be and that there is still a lot of wasted time when it comes to taking real action and separating the victim from the abuser. “We are still witnessing patriarchal practices at courts, from different judges, from the internal security forces (ISF) and many other entities. This also contributes to increase in cases of gender-based violence” added Mirshad.

The activist stressed on the critical importance of the government to execute all aspects of the law that protects women and girls from domestic abuse such as providing victims with financial support which encourages more victims to leave abusive households. There is a need to handle such matters with the appropriate urgency, seriously by imposing stronger sanctions on abusers, accelerating prosecution processes.

According to “Sharika Wa Laken”, an online feminist platform, Lebanon saw 27 murders of women and girls in 2020 and 5 femicides in 2021. The latest victims were Zeina Kanjo a young newlywed who got married 6 months prior to the murder, and both middle-aged women Widad Hassoun and Ahkam Derbas who were brutally murdered in 2021 among many other women and girls who were severely injured at the hands of abusive spouses, relatives, or even strangers.

In June 2020, the Ministry of Social Affairs (MoSA) in partnership with the United Nations International Children’s Emergency Fund (UNICEF) among other donors, launched the initiative, “Qudwa”. This initiative tackles violence against women and children, especially child marriage, child labor and gender-based violence, to be operative from 2020 until 2027 to promote equality and dignity. Additionally, the National Commission for Lebanese Women (NCLW) [an official institution established by the Lebanese presidency of council of ministers], Sexual and Gender-based Violence Taskforce (SGBV TF), alongside the United Nations system in Lebanon launched a campaign for the 16 Days of Activism (November 16 – December 10, 2020) to promote safety and prevent gender-based violence…

The launching of such projects and campaigns in collaboration with Lebanese ministries and official institutions grant hope to women and girls living in harsh conditions nowadays, although tangible changes are yet to be seen when it comes to the number of victims in Lebanon.

The reality of Lebanese women still requires drastic changes that can only be brought forth by improved laws and policies. These changes can only be attained once more women are granted a seat at the decision-making table and are given the opportunity to influence laws that take into consideration women’s struggle for equality, gender parity, and security. Lebanon is looking at potential parliamentary elections in the undetermined near future in hopes to change this unfortunate reality.