After a year of Zoom meetings and with vaccinations slowly rolling out, international travel is making a come-back.

The demand is there, even as the virus lingers. Many, especially from developing countries, need to get to work and send remittances home, families need to catch up, countries are getting ready to welcome back tourists and business deals need to be struck.

For this reason, governments are taking a close look at the digital vaccine passport, the post-pandemic equivalent of the yellow fever certificate that could offer the possibility of side-stepping costly PCR tests and quarantine requirements.

The World Health Organization has cautioned against moving too quickly, noting “there are still critical unknowns regarding the efficacy of vaccination in reducing transmission”. Dividing society between haves and have-nots also raises ethical concerns and fears of digital creep.

Despite this, the US, EU, UK and Israel, among others, have announced plans to study the feasibility of vaccine passports that could be carried on a smartphone, while the International Air Transport Association, the World Economic Forum and IBM have versions that are ready to roll out.

The idea behind making vaccine passports digital is both to prevent fraud, given reports of fake PCR tests, and connect to existing online booking, check-in and immigration systems.

On getting vaccinated you upload a digital vaccination certificate to your phone. At check-in or immigration, you scan a QR code, then scan your face to authorise, and the phone shares your vaccination status and linked passport details using an encrypted system that also verifies the validity of the certificate against a register on what is called the blockchain.

However, all other personal information, including for facial recognition, stays on your phone. This is different to mobile boarding passes, which are not secure, nor intended to be, and from which anyone who catches a glimpse of the bar code can extract information.

The technology is not new. The UN’s trade agency, UNCTAD, is using a similar digital identity system to help the Iraqi government handle business licenses, Estonia operates it in many public agencies, and the UN’s pension fund has it to ensure that its retirees are still alive and can continue to be paid.

However, while Covid has helped change many habits, digital documents, even with more basic technology, remain an exception in developing countries, although, as we have seen, the benefits are significant. 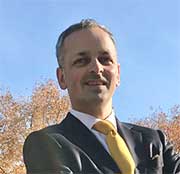 For example, when Benin moved its business registration online as the pandemic hit in 2020, using UNCTAD’s eregistrations smartphone platform, creation of small businesses, resulting in digital certificates of incorporation, increased 43 percent on the year before. A third of new entrepreneurs were women with half under thirty.

In Beijing, couples now use self-service kiosks to get married in five minutes (although divorces still need to be done the old-fashioned way).

And El Salvador used an online system to administer Covid relief money. Over half of applicants were women. Indeed, online services help overcome cultural norms, security considerations and family commitments that would otherwise discourage women from going to the capital city, where government offices are most often located, to spend days in long queues.

Online government services that deliver digital documents also provide an opportunity to simplify unnecessarily complicated procedures. As a result, Benin is now the fastest place in the world to start a business.

The use of digital documents can also allow licenses and permits to be delivered automatically, without human intervention, such as in British Columbia.
https://orgbook.gov.bc.ca/en/home

The evidence shows that digital public services are popular. Yet broader adoption remains stymied by a reluctance in many public administrations to move away from paper, fearful of whether technologies can be trusted or unsure of how to implement them.

Here’s where the digital vaccine passport comes in.

As vaccinations roll out, but with immigration authorities talking of making the document mandatory, travellers will want their vaccination to be recognized digitally; their governments will likely accede.

Once governments cross this line, it isn’t hard to see the use of digital government documents, and the simplification that comes with them, becoming matter-of-fact across developing country public administrations– whether for creating companies, paying taxes, buying land or accessing social security.

And with major players having been involved in the development of the vaccine passport, there will be plenty of computer code, lying around in places like Github, to borrow from.

The biggest beneficiaries, as demonstrated in the few countries that have moved online, are those traditionally left behind: women, young people and those living far from their capital city.

They are the ones who stand to gain even more as vaccine passports help make digital government more commonplace and acceptable across the developing world.

The author is an economist at the UN working on digital government applications.