The writer is special adviser on Africa to United Nations Secretary-General António Guterres and former finance minister of Cabo Verde.

Viral Facts Africa, a first of its kind African initiative to combat health misinformation online, was launched recently by the World Health Organization (WHO) and a network of fact-checking organizations and leading public health bodies.

UNITED NATIONS, May 7 2021 (IPS) - In rebuilding after COVID-19, policymakers must invest in innovative technology to leapfrog obstacles to inclusive development. Africa has enjoyed strong economic growth for most of the 21st century, mainly because of robust global demand for primary commodities.

But the “Africa Rising” narrative that accompanied this growth is mostly a story of rising GDP, which is overly one-dimensional. In fact, Africa’s economic growth has failed to generate many good jobs—postponing, once again, the benefits of the demographic dividend of a large working-age population.

Because there are fewer old and young people that require support than people of working age, the dividend is supposed to free up resources that can be devoted to inclusive development.

Instead, African policymaking continued its now nearly half-century belief that achieving “development” is limited to managing poverty—in other words, equating the business of development to poverty reduction.

The shift from the industrialization agenda of the early post-independence period to one of poverty reduction is a major reason for the continent’s economic malaise. As the African Innovation Summit (2018) put it, the development agenda shifted from socioeconomic transformation to the lowest common denominator, managing poverty.

To generate economic growth that leads to sustainable development, Africa must shift its focus to retaining and creating wealth, better managing its resources, fostering inclusiveness, moving up on global value chains, diversifying its economies, optimizing the energy mix, and placing human capital at the center of policymaking. 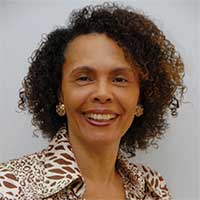 For this to happen, African policy must foster investment in research, development, and innovation (R&D&I) to reboot the continent’s economic structures and catch up technologically with the rest of the world. Innovation, and the digital information technology that accompanies it, has become a necessary component of any effort to address such challenges as food security, education, health, energy, and competitiveness.

The world is driven by innovation: unless African policymakers reap the potential benefits of R&D&I, the global divide will keep growing. The problem is that innovation is talked about and debated, but not strategized.

It is here, paradoxically, that the COVID-19 pandemic, despite all the economic and social devastation it has caused, provides an opportunity for African countries to innovate and go digital. African countries will have to rebuild their economies. They should not merely repair them; they should remake them, with digitalization leading the way.

So far, civil societies seem to be more ready than policymakers to embrace digital technology. With no help from government, the digital technology industry has grown in Africa—through incubators and start-ups, tech hubs and data centers.

Information and communication technology (ICT) activities are spreading across the continent, and young Africans are responding with digital technology to the challenges posed by COVID-19.

For example, at an ICT hub in Kenya, FabLab created Msafari, a people-tracking application that can trace the spread of infections. A similar application, Wiqaytna6, was developed in Morocco. In Rwanda, the government is demonstrating what enlightened policies can achieve.

The country has invested heavily in digital infrastructure—90 percent of the country has access to broadband internet, and 75 percent of the population has cell phones. Early in the pandemic Rwanda parlayed that technological prowess into developing real-time digital mapping to track the spread of COVID-19, expanded telemedicine to reduce visits to clinics, and created chatbots to update people on the disease.

These are promising endeavors, but digitalization is not widespread in Africa. Rwanda is the exception. Only 28 percent of Africans use the internet, a digital divide that prevents the continent from taking full advantage of digital technology’s ability to mitigate some of the worst effects of the pandemic.

That slow spread of internet technology also makes it difficult for the continent to leapfrog obstacles to sustainable development. To generate transformative growth, digitalization cannot be left mainly to civil society and the private sector.

The socioeconomic divide in Africa feeds the digital divide, and vice versa. Digitalization needs to be scaled up forcefully by policymakers to unlock structural transformation.

When assessing the digital divide, it is important to remember that the issue is about more than access to the internet. How internet usage benefits the user is also a factor. The goal of digitalization should not just be greater consumption; it should enhance civil societies’ resilience, which demands a clear regulatory framework and an educated population.

In Africa, it’s not just internet connectivity that’s missing. So are other basics—including electricity, literacy, financial inclusion, and regulations. The result is that people are unable to use the digital solutions that are available.

Furthermore, a good share of African populations still struggles with such life-threatening problems as conflict and food insecurity, which make daily survival their only goal.

Millions of Africans are not only on the wrong side of the digital divide, they are on the wrong side of many divides—lacking basic health and public necessities such as electricity, clean water, education, and health care. COVID-19 has exacerbated their plight because lockdowns and social distancing have made many public services accessible only online.

The terrible truth is that these hundreds of millions of people have been left behind, and unless African policymakers realize that access to digital technologies is a critical tool for socioeconomic inclusion, progress will be confined to those with electricity and telecom services—further isolating the vast majority without such access. The divide will widen.

The deep disruptions generated by the pandemic have opened up opportunities to remake society that are subtle. These are times that test policymakers’ vision and leadership.

The crisis is accelerating trends such as digitalization, market consolidation and regional cooperation, and is creating important new opportunities—for example, the promotion of local industry, the formalization of small businesses and the upgrading of urban infrastructure.”

As Africa rebuilds from COVID-19 disruptions it must not return to a pre-pandemic reality. The moment is now.

As Africa rebuilds from COVID-19 disruptions it must not return to a pre-pandemic reality; it must build a better reality that recognizes the need for innovation, particularly digital technologies.

This is the prerequisite for victory over its myriad development challenges—such as poverty, health, productivity, competitiveness, economic diversification, food security, climate change, and governance.

Over the past five years, change has occurred in Africa, suggesting that the continent may be receptive to building better rather than merely rebuilding. Liu (2019) identified three major African initiatives that signal such receptivity to change:

The African Continental Free Trade Area (AfCFTA), which aims to create a single market with a combined GDP that exceeds $3.4 trillion and includes more than 1 billion people;

The South African government’s new Centre for the Fourth Industrial Revolution of the World Economic Forum (WEF), for dialog and cooperation on the challenges and opportunities presented by advanced technologies;

These ongoing initiatives could become game changers, breathing life into the top-down dimension of going digital. So far, the change has been almost only from the bottom up. More than 600 technology hubs—places designed to help start-up companies—have emerged across the continent.

Three have achieved international recognition: Lagos in Nigeria, Nairobi in Kenya, and Cape Town in South Africa. These tech hubs host thousands of start-ups, incubators, technology parks, and innovation centers driven by the private sector and young people who, despite adversity, are aware of how self-employment is linked to innovation.

Things are less promising from the top down. According to a 2018 WEF report, 22 of 25 countries analyzed had no public policies focused on an ecosystem for innovation.

Investing in broad-based digitalization, from a geographic and sectoral point of view, is crucial not only to address socioeconomic problems but also to deal with peace and security challenges.

And it boosts economic growth. A study by the International Telecommunication Union found that 10 percent greater mobile broadband penetration would generate a 2.5 percent rise in Africa’s GDP per capita.

But digital solutions cannot be achieved in a vacuum. Policymakers must make implementation of digital technologies an element of an ecosystem of innovation, and there’s no time to lose. Well-calibrated regulatory frameworks, investment in infrastructure, digital skills, and financial inclusion must take priority.

Most research shows that digital technologies are essential to addressing socioeconomic challenges. They are often described as the single ingredient Africa needs to leapfrog to sustainable and inclusive economic development.

From an economic standpoint, better information and communication technology democratizes information crucial to production and market agents, which makes for more efficient value chains and more affordable products and services. And the most vulnerable people will benefit.

However, the massive adoption of digital technologies also means that policymakers must be aware of and address the complex legal and ethical impact of technology in society, including privacy, data, and tax evasion.

This is especially true in Africa, where weak institutions might not be strong enough to uphold the rights and interests of their people against those of the market.