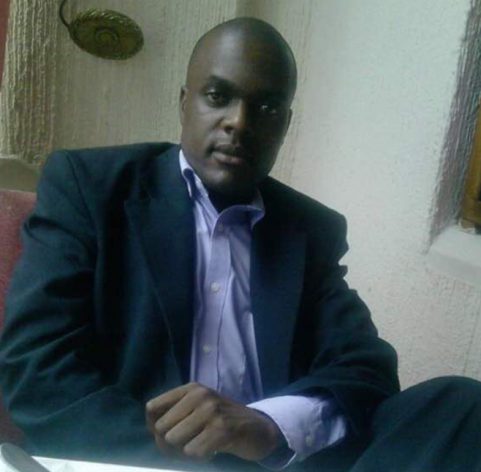 On May 28, Zimbabwean and IPS journalist Jeffrey Moyo was arrested for allegedly violating Section 36 of the Zimbabwe’s Immigration Act.

BULAWAYO, Zimbabwe, Jun 1 2021 (IPS) - As international correspondent Jeffrey Moyo was denied bail for allegedly breaching a section of the Zimbabwe Immigration Act by helping two foreign journalists work in the country without proper media accreditation, local organisations have called for his release and for him to be accorded a fair trial.

Moyo (37), a correspondent for Inter Press Service (IPS), the New York Times and other media, was arrested in Harare on May 27 and is being detained at Bulawayo Prison.

Bulawayo Magistrate Rachel Mkanga denied Moyo’s bail application yesterday, May 31, stating that Moyo was deemed a threat to national security and that the sovereignty of Zimbabwe was at stake.

Moyo has been charged with violating Section 36 of the Immigration Act, which is essentially based on an allegation that he made a false representation to immigration officials. This pertains to the accreditation of two of his colleagues, Christina Goldbaum and Joao Silva from the New York Times.

Goldbaum and Silva arrived in Zimbabwe on May 5 and were subsequently deported on May 8 for not having proper accreditation with the Zimbabwe Media Commission (ZMC), the media regulatory body in the country.

“The state’s case is weak and they know it, that is why they deported the key witnesses and want to deal with the locals and set him as an example [for others] not to compromise security-related issues,” Tabani Moyo, the Executive Director of the Media Institute of Southern Africa –Zimbabwe, told IPS.

“Jeff must be given a fair trial so that we do not have a situation where the law is used a weapon against the media,” Tabani Moyo said, adding “we are not surprised with the turn of events as the state uses multiple strategies to intimidate depending on how it is irritated not with the media but with its international relations.”

In a statement released on Friday, May 28, the ZMC said it learnt of the deportation from Zimbabwe of “a man and a woman claiming to be New York Times reporters and carrying forged accreditation cards and receipts which they reportedly said had been obtained on their behalf by Jeffrey Moyo, at the time a properly accredited local reporter for the same New York Times”.

The state media body also alleged that Moyo had recognised irregularities in the accreditation and reportedly “privately approached a ZMC staffer who also allegedly agreed to collude with Moyo and his now deported colleagues.” The ZMC staffer was also arrested. 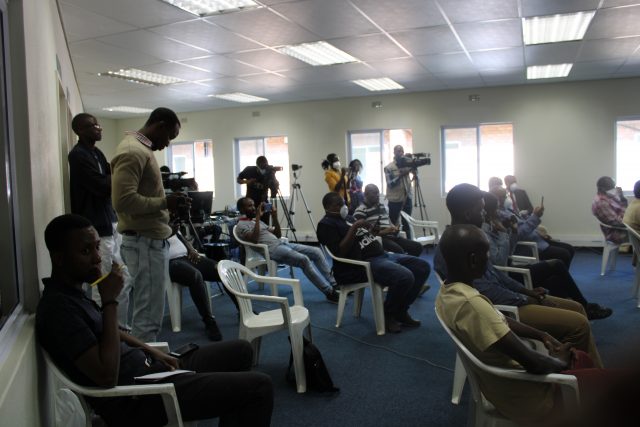 The Media Institute of Southern Africa –Zimbabwe said Jeffrey Moyo must be given a fair trial and that his case should not be an instance where the law is used “as a weapon against the media”. Credit: Busani Bafana/IPS

“The arrest of Jeffery is again an abuse of state institutions because the person who committed the crime is person working for the ZMC and not Jeffrey, who was a recipient of something that had been done incorrectly and at the very least he should be  a state witness but he is the one being incarcerated,” Chin’ono told IPS. He was referring to a ZMC staffer.

Over the course of 2020 and early this year, Chin’ono, a critic of the current government, was arrested three times by Zimbabwe police. His arrest made international headlines.

“There is no freedom of speech to practise journalism in Zimbabwe as long as you report against the political elite and Zanu PF is in power….Zanu PF as long as it is in power will continue to use state institutions to persecute journalists and  other citizens for simply doing what is constitutional.”

Meanwhile, Moyo’s lawyer said they would appeal the bail hearing.

“We strongly disagree with those and all the grounds on which the court relied for denying him bail and we are currently preparing an appeal which will be filed as soon as we are able to obtain the record of proceedings from the Magistrate’s court,” Moyo’s lawyer Doug Coltart told IPS by telephone yesterday.

“The main grounds the court relied on was that he was a flight risk and likely to abscond trial and this funny ground that does not have any basis in law that he is a threat to national security and that the sovereignty of Zimbabwe is at stake because the international journalists interviewed Zimbabwean people without the Ministry of Information knowing about it,” Coltart said.

Coltart further said Moyo’s wife wasn’t allowed to visit him and that his prison conditions were deplorable.

“He is ok any and still mentally strong [but] the conditions in prison are still bad,” Coltart said, emphasising that Moyo had to share a blanket with one of the other inmates and was prevented to accessing reading materials.

“They have denied him access to his wife and most concerning of all he was actually slapped, I believe by one of the medical staff at the prison. We intend to make a complaint on that,” said Coltart.

“We are focusing on getting him out with the bail appeal but certainly intend to make a complaint about the inhumane conditions in the prison.”

If convicted, Moyo could face up to 10 years in jail.