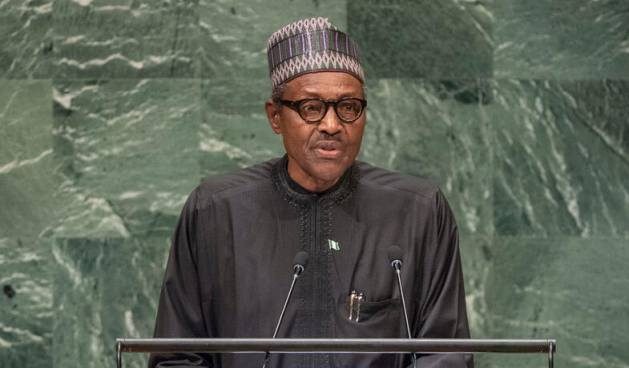 LAGOS, Nigeria, Jun 9 2021 (IPS) - Four years ago, Omoregie* and his friends were arrested without cause and taken into custody. When they got to the station, Omoregie watched as the police began to beat his friends. Afraid, he began to discreetly tweet about the attacks as they took place.

I and many other Twitter users could read his fears while he called for help through his tweets. Taking action as a lawyer, I was able to secure his release within a few hours with the help of other activists through the police unit responsible for citizen complaints.

I had been thinking of Omoregie this week when the government of Nigeria banned the use of Twitter in the country, making use of it a criminal offense. The ban followed the social media platform’s deletion of a tweet from President Muhammad Buhari in which he threatened violence against people in a region in the country’s South East where attacks had been made on public infrastructure.

While the banning of Twitter surprised many, the government’s action against social media platforms has long been threatened and is part of a long-term strategy to bend civil society and force Nigeria’s citizens into compliance with the government. Twitter has been a major source of activism and news in Nigeria

While the banning of Twitter surprised many, the government’s action against social media platforms has long been threatened and is part of a long-term strategy to bend civil society and force Nigeria’s citizens into compliance with the government. Twitter has been a major source of activism and news in Nigeria.

Nigerians spend almost four hours on social media daily and Twitter is the second largest social media platform after Facebook. Most public debates begin on Twitter and the platform often sets the tone for national news carried on traditional media. It has become the platform to hold government, institutions and powerful individuals accountable.

It has also long been a place for activism and to organize protests, including last year’s EndSARS protests, which led to the eradication of the Special Anti Robbery Squad. Ninety-nine people were killed during the EndSARS protest in Nigeria and Twitter helped to expose these abuses. This was most evident during an attack by police and the military on protesters at Lekki Bridge in Lagos.

Documentation of the attack, including a livestream by media personality DJ Switch forced senior military officers to intervene and later acknowledge the attack took place. Since livestreaming the attack, D.J Switch has been forced to seek asylum in Canada as a result of threats to her life.

This efficacy for activism has drawn government’s attention.

About two years ago, Nigerian government introduced a social media bill that sought to regulate the social media space and criminalize simple comments that authorities deemed ‘falsehoods’ or hate speech with fines and jail terms.

As a lawyer and an activist, I appeared before a Senate committee at the public hearing and gave statements about how we use social media to help fight human rights violations, consumer rights, and even to help find missing persons. After the public hearing, the bill was abandoned but, as we saw with last week’s Twitter ban, the Buhari administration did not give up on its ambitions to restrict social media.

They took their opportunity with last week’s shutdown. Nigeria’s judicial system has been effectively on strike for the past two months, so the Twitter ban was implemented without the oversight of the courts. In addition to banning Twitter, the government has demanded licensing of all social media platforms as well as services which stream news and entertainment via the Internet.

All of these restrictions aim to control freedom of expression; a right guaranteed under Nigeria’s Constitution as well as the African Charter on Human and Peoples’ Rights and the United Nations’ Declaration of Human Rights–both of which Nigeria has signed.

The Twitter ban also comes as the Nigerian government increases offline crackdowns on citizen action. They have repeatedly trampled on the right of citizens to assemble and protest in physical space. Activists have been shot at by police and military and many arrested while protesting peacefully. Twitter has also been used to shine a light on these crackdowns.

Since the ban against Twitter was announced, the government has wasted no time in implementing punishment for users. Immediately after the announcement, Nigeria’s Attorney General directed the arrest and prosecution of anyone using the Twitter app.

Practically, this will mean police will be empowered to search telephones for the app. Police searches of phones—and unhappiness with those searches—are not new to Nigerians and were one of the reasons for the EndSARS protests.

The draconian ban also begs the question, if Twitter, a global platform which helps to spotlight the government excesses can be shut down, what safety is there for Nigeria’s local media, journalists and citizens? With the Twitter ban Nigeria risks further sliding into dictatorship and there will be fewer ways to organize challenges to it.

Some will argue that Twitter is to blame for its banning because it overstepped in deleting a tweet from President Buhari that Twitter argues violates its policy. But even if we accept that Twitter was wrong to delete a tweet, the federal government’s reaction to ban a platform so important to public debate and activists is petty and an extreme overreach.

It is time for the world’s democracies to take concrete steps and forestall Nigeria human rights violations. Censorship of independent voices is often a means to shut down accountability and enable autocratic rule.

Allowing the Twitter ban by a few politicians without criticism would signal that the world endorses autocracy. The world’s silence and inaction are an endorsement of the Twitter ban, a shrinking of the ability of civil society to organize and a violation of the rights of 200 million Nigerians.

Nelson Olanipekun is a human rights lawyer and advocate who uses technology and law to accelerate the pace of justice delivery. He is a 2021 Aspen Institute New Voices Fellow.