ROME and AMSTERDAM, Jul 27 2021 (IPS) - There is nothing honourable about murder. And murdering someone of your own family, your own child – a daughter, someone you held in your arms and rocked to sleep when they were babies? This is such a horrifying crime that there are no words to describe it – certainly not the word Honour. And yet it happens! It happens in Pakistan and to the shame of all of us in the diaspora, it has been brought to Italy.

In recent years, in Italy, there have been several high profile murders of young girls of Pakistani origin by their relatives. Mostly, the killings were triggered by the girls’ wanting to choose their own partner, or their refusal to marry someone chosen by their family; someone they have never seen, often a cousin from their own village; someone with who they have nothing in common. Most likely they would even not be able to speak the same language. The cases most talked about in the press were the killings of Hina Saleem, Sana Cheema and most recently Saman Abbas (who is still officially missing but is presumed dead, killed by her uncle and two cousins, with the concurrence of her parents who have fled Italy to return to Pakistan).

There are about 150,000 Pakistanis living in Italy – the second largest Pakistani diaspora in Europe after the UK. Many of them came here in the late 1990s and early 2000s when there was a growing demand for cheap labour to work in farms and factories. At this time, the Italian Government also announced several amnesties for illegal immigrants. While this allowed Pakistanis living in Italy to regularise their status, it also brought about a new wave of immigrants from Pakistan who promptly “lost” their passports and claimed that they had been in Italy for some time. Similarly, substantial numbers of illegal immigrants from all over Europe moved to Italy to be able to get their legal stay permits which, inter-alia, allowed them to travel to and from Pakistan. 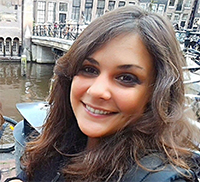 Most Pakistan immigrants in Italy are unskilled and do low paid manual jobs. They tend to live in close proximity to each other, do not speak Italian and have little or no interaction with the local community. The children of these first generation immigrants are now coming of age. Dealing with adolescents and young adults is never easy due to both physiological and cultural factors. From the physiology point of view, their frontal cortex, the part of the brain that contains the capacity to assess risk, make long term plans and postpone gratification, is still not fully developed before their early 20s . This means continuous conflicts, particularly with parents. But in the case of the “diaspora children” the problems are particularly complex. Italy is the only home these children have known and most of them have imbibed its values, norms and aspiration – values, norms and aspirations that are simply incomprehensible to their parents.

Quite naturally this means pain and unhappiness, and since every unhappy family is unhappy in its own way, each family reacts differently. But there are two things in this conflict of generations that are deplorable. The first is the double standards applied between the sexes. Males are allowed to socialise, to make choices, and even to transgress. But woe betide any young female who tries does the same. Any sign of independence is seen as wilful mischief and any resistance to the wishes of parents as rebellion. The second deplorable thing is how quickly the demand for conformity – particularly for women – can descend into coercion, and psychological and physical violence.

And in those cases where violence does occur, often Islam is dragged in as a justification. Saman Abbas’ brother said “in the Quran it is written that if one stops being a Muslim, one is buried alive with the head outside the ground and then stoned to death. In Pakistan this is what we do”.

But Islam has nothing to do with murder. There is no concept of forced marriages; no concept of violated honour that needs to be punished by violence; no concept of killing female offspring to gain social status; and no provision for individuals or families to take the law into their own hands to act as judge, jury and executioner. Islamic organization and religious leaders in Italy, as in other diaspora, have repeatedly issued statements condemning such violence. Moreover, such events are rarely if ever seen in other Muslim diaspora communities such as Bangladeshis, Moroccans, Tunisians or those from African countries. And so the question arises – is this somehow part of Pakistanis culture?

Killing of women in the name of honour is a feature of ignorant and retrograde communities. In Pakistan much has been done to highlight this problem and laws have been enacted against it. But laws by themselves do not stop culturally embedded misogynist practices. And the killings continue and continue to haunt us.

To really make a difference we need to think about deep changes in how women live and work in our society. And this will require changes that range from school curricula to how women are portrayed in art and literature. The Prime Minister has done the right thing by launching a debate on Pakistaniat. What is that we want the word Pakistani to invoke in our own mind and in the mind of others? Unfortunately, Kaptaan Sahib has not made a great start to the discussion by talking about immodest dressing and vulgarity by women, and linking these to violence and rape.

However, the challenge of trying to define ourselves does exist and we should take it on. And as this debate moves forward, it is important to bring in the voices from the diaspora. Overseas Pakistanis contribute a lot to the country. Although numbers related to remittances are often cited and recognized, little is done to bring them into the wider political and ideological debate. Maybe first generation of immigrants focused mainly on work, but the second and third generation of overseas Pakistanis are brilliant, articulate and committed. In Italy we have intellectuals, entrepreneurs, businessmen and businesswomen, community leaders and journalists. Let’s find a way to harness this resource.

This story was originally published by The Express Tribune (Pakistan)