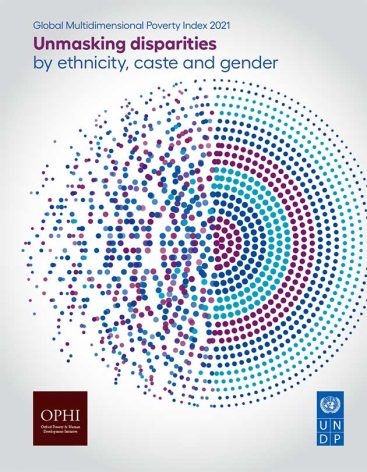 LONDON, Oct 12 2021 (IPS) - During the pandemic, we learnt a new word – at least I did: comorbidity. It means that one or more additional conditions co-occur (all happen at the same time for a person) alongside a primary condition – in this case the virus.

And we learnt that when a person has significant comorbidities, the path of the virus can be tragic.

We therefore learned to be highly alert for diabetes, for lung conditions, and medical histories, and to protect vulnerable people in our circles carefully. As time went on, our circle of attention expanded – to handwashing, to overcrowding, to water and nutrition, or informal work – or risks like domestic violence, that make lockdown unbearable.

After a while, this habit of looking into comorbidities felt eerily familiar. Our and other teams working on poverty also scrutinise disadvantages that strike a person all-at-once. Instead of calling these comorbidities, we call them deprivations.

And a large package of deprivations is called multidimensional poverty.

But the idea is really rather similar: those who already have high poverty ‘comorbidities’ (in our language, people who are ‘multidimensionally poor’) are already facing difficulties, and are also most at-risk if a further threat strikes – like the virus.

But just as the virus affected different groups differently, the COVID-19 pandemic is exacerbating inequalities that poverty data was only just starting to explore before the pandemic hit.

Let me give an example from the global Multidimensional Poverty Index (MPI) produced by the United Nations Development Programme (UNDP) and the Oxford Poverty and Human Development Initiative (OPHI) this year.

We studied two layers of ‘co-morbidities’. First, we looked at a set of 10 indicators spanning conditions like child mortality, school attendance, electricity, water, and assets, and found out how many people are deprived in at least one-third of weighted indicators.

Second, we looked at poverty across ethnic groups, and through a gendered and intrahousehold lens. Data are pre-covid, but provide the most up-to-date assessment of all-at-once deprivations – of multidimensional poverty – that we have. 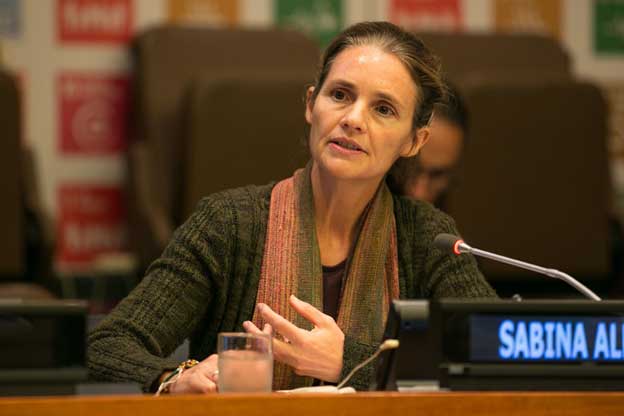 In the first place, looking across 5.9 billion people in 109 developing countries, we found that 1.3 billion were multidimensionally poor. And in terms of the poverty parallel for ‘comorbidities’, one billion lack clean energy; one billion lack adequate sanitation; one billion have substandard housing, 788 million live with at least one undernourished person and over half lack electricity – even to charge a cell phone or turn on at night.

So, the web of co-deprivations is indeed dense and tightly woven. And this dataset – which incidentally is online with all of these details in many forms, because we want people to use it – is disaggregated so you can map 1,291 subnational regions, or look at children, or female-headed households, or rural-urban areas, to see how the level of poverty and the overlaps across 10 indicators, vary. It’s a lot of information.

Next, we probed inequalities. We had some ethnicity data for 2.4 billion people in 41 countries – it’s not perfect, but the topic is too important to ignore. So, we disaggregated the already disturbing condition of multidimensional poverty by ethnic groups.

Disparity across these ethnic groups was astonishingly high – higher than across all 1,291 subnational regions. In Latin America, indigenous peoples stood out. For instance, in Bolivia indigenous communities account for about 44 percent of the population but 75 percent of multidimensionally poor people.

In Gabon and Nigeria, the disparity in poverty rates between ethnic groups spanned 70 percentage points. We did this study not to drum doom, but rather to shine light on ethnic disparities in the hopes that this will spark change.

Then there is gender. We know the vital importance of girls’ education in reducing undernutrition, child mortality, unemployment etc. So, we wanted to see how many of the 1.3 billion poor people don’t have an educated girl or woman in their household.

We used 6 years of schooling as our criterion. When the data came in, it gave us a start. Two-thirds of all multidimensionally poor people – 836 million – lack any educated girl or woman.

So, while there has been progress in poverty reduction, the road ahead is long. To understand more we peered inside the household, to look at boys and men in those households.

And we found that one-sixth of all multidimensionally poor people (215 million) live in households with an educated male, but no educated female – a daily disparity. But half the 1.3 billion MPI poor lacked any educated person. One meets these figures with a heavy heart.

To put that number into perspective, across the 4.6 billion people who were not poor, only 4.2 percent of them lack an educated person. Yes, nowadays we yearn to leapfrog, to expand digital reach. But distressing basics – of education, of nutrition – are still a real part of poverty ‘comorbidities’.

So, comorbidities and multidimensional poverty cover common ground. And just as the Charlston Comorbidity Index among others has been widely used, so too we hope that this uncomfortable profiling of multidimensional poverty, and of structural inequalities by ethnicity, age, place and gender, will contribute to what Pope Francis calls “a global movement against indifference” so that the picture we find from the data for the rest of this decade is not one of a poverty pandemic.