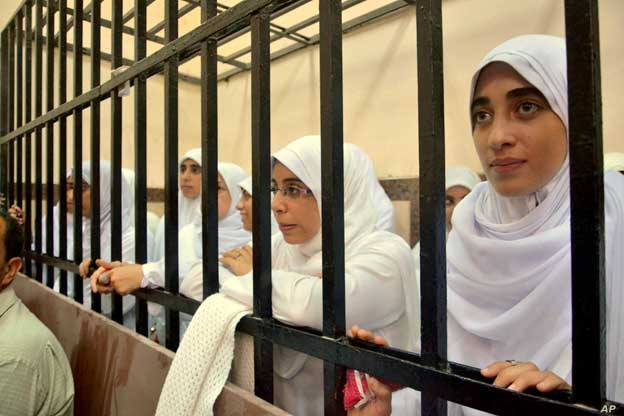 CAIRO, Egypt, Oct 27 2021 (IPS) - The fate of Egyptian women and girls delicately hangs in the balance as the country continues to have one of the worst records in the world for gender equality. With oppression often state-sanctioned, Egyptian women face a daily struggle against sexual harassment and other violations of their basic human rights, including institutionalised violence.

Today, African Women Rights Advocates (AWRA) and The Five Foundation, The Global Partnership To End FGM, have come together with Equality Now, Democracy for the Arab World Now and several prominent voices from the region and beyond, to demand that the Egyptian government takes immediate steps to fix this situation.

It needs to take clear action to enhance the rights of women and girls in all areas of life, including by ending child marriage and banning articles that perpetuate sexual violence and gender discrimination in the text of the country’s laws.

The signatories to an open letter are also demanding that the Egyptian government enforces laws against female genital mutilation (FGM). With 27.2 million affected – around 90 percent of the female population – Egypt has one of the highest number of survivors of FGM in the world, yet the government is failing to act effectively.

It’s clear that if and when perpetrators are eventually arrested and convicted, they are given extremely short and suspended sentences, such as when 17-year-old Mayar Mohamed Moussa was killed in 2017 — and just over one year ago when yet another girl, 12-year-old Nada Hassan Abdel-Maqsoud, died in a private medical clinic in Manfalout.

In 2013, 13-year-old Soheir al-Batea’s killer Dr. Raslan Fadl only spent a couple of months behind bars in 2016, after evading arrest for three years. The anti-FGM law was strengthened earlier this year, but we know of first hand reports of clinics in Cairo still openly offering to medicalise the harmful and sometimes deadly practice.

Furthermore, women cannot fully claim their basic right to bodily autonomy in a state where public laws do not criminalise marital rape or virginity testing. The government has made no effort to address domestic violence in Egypt, which has been long tolerated and accepted in society.

Egyptian women and girls have had enough. In the last couple of years, they have come forward in unprecedented numbers to break the fear barrier and reveal harrowing lived experiences with sexual abuse.

Survivors demanded justice and called on the state to help end impunity for perpetrators of sexual harassment. However, their pleas for bodily autonomy fell on deaf ears when in January 2021, the Egyptian cabinet proposed a personal status bill that would strip women of their basic rights even further.

Human rights activists and grassroots women protested the regressive proposal, which would have given fathers priority over mothers in child custody. It would also have allowed fathers to prevent mothers from travelling abroad with their children.

In matters of marriage, a male guardian such as an uncle, father or brother would have had to sign a marriage contract on behalf of the wife. Although this particular draft law is now unlikely to be passed, signatories of the Open Letter want more clarity to make sure it does not reappear in a new format since the law was proposed by the government as opposed to one political party representative.

In Egypt, the internet remains one of the only public avenues of alternative expression; and yet Egyptian female social media influencers who are unaffiliated with the state or ruling elite have been targeted with arrests.

Since 2020, authorities launched a highly abusive campaign against women social media influencers and have prosecuted over a dozen of them under vague “morality” and “public indecency” laws, accusing the women of violating “family values.”

When famous influencer Haneen Hossam was acquitted after her arrest, authorities re-arrested her in 2021 and charged her with “human trafficking” for merely using social media in ways that challenged patriarchal norms.

Regional and global women’s rights activists who are familiar with Egypt’s bureaucratic and oppressive history towards women maintain that this is a state-sponsored crackdown to rein in female social media influencers by resorting to sexist “morality” charges that violate women’s rights to freedom of expression, bodily autonomy, and non-discrimination.

Donors and corporations investing in Egypt should also take note of all of these violations against its female population, and provide support where it’s critically needed – particularly to grassroots women activists.

The prosperous, fair, and peaceful vision that the United Nations and global powers hold for “Generation Equality” cannot be achieved when the Arab world’s most populous nation grossly undermines its women and girls.

Egypt must live up to its role as a beacon of hope and civilization, and so the Egyptian government must be held to account to carry through the changes that are needed so that young girls are free to live dignified and fulfilled lives.

Later this month, Egypt will have an ideal opportunity to do so, when it will be asked to be part of a review by the United Nations Committee on the Convention on the Elimination of All Forms of Discrimination against Women (CEDAW).

Egypt’s economic transformation is already happening. It is one of the leaders in the region in terms of attracting foreign direct investment, but its potential will never be fully realised until its government allows the female half of its population to be safe, free and be able to contribute socially and economically to the country’s future.