NEW YORK, Nov 17 2021 (IPS) - Once again, the U.S. faces a test case along racial lines. Will the courts mete out justice in the case of Ahmaud Arbery, a 25-year-old Black man who was shot and killed by three white men while jogging in Georgia?

The case is one in a long line of prominent trials with similar racial undertones, highlighting the divide in America’s legal system when it comes to race. Recent cases with mixed and highly charged verdicts include: George Floyd, Trayvon Martin, Walter Scott, and Breonna Taylor. 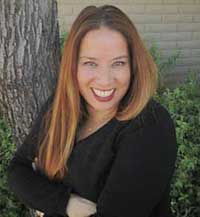 Despite widespread attention — the national movement of Black Lives Matter, widespread protests, and federal laws intended to provide equal access — systemic racism in the legal system is flagrant and persistent. Put simply, it must be eradicated, said a new report by the LexisNexis Rule of Law Foundation.

Tackling the ugly truths about the US legal system from all angles – within law school, legal practices, the judicial system, legislation, and representation — the 100-plus page report contains deep insights on the situation in America.

A few pressing questions in the report: How does cash bail punish the poor and impact society at large? How are law school admissions and standardized tests biased? Why are there so few Black partners in law firms? What about women in law?

Twelve LexisNexis Foundation Rule of Law Fellows from the company’s African Ancestry Network (AAN) produced the report, with a goal of shedding light on the underlying causes of racism in the legal system.

The Historically Black Colleges and Universities Law School Consortium joined forces with LexisNexis to award the fellowships, a commitment to eliminate systemic racism in legal systems and foster diversity and inclusion within the company. It is also an acknowledgement of LexisNexis’ membership in the UN Global Compact.

A few of the topics included:

Cash Bail: Minorities are disproportionately jailed due to an inability to pay bail fees, according to the report. Those held in pretrial detention are presumed innocent but are incarcerated until they “purchase their freedom.” The cash bail system — ineffective as a crime deterrent — also penalizes the poor. Many cannot afford to pay, no matter how small the amount. What if the person held is a single parent who loses their job and then can’t pay their rent? The report proposes alternatives such as a model legislative bill that sets conditions for a detainee’s release, as well as an Equality Bail Fund supported by corporations, non-profits, and other.

Bankruptcy: African Americans are more likely advised to file Chapter 13 than Chapter 7. Chapter 7 discharges debts within six months and requires attorneys’ fees up front. Chapter 13 attorneys’ fees are paid over time, debts are not typically discharged, and can take up to five years to settle. The report discussed providing tools to reduce racial bias in bankruptcy, and educating attorneys to provide effective advice.

Law School Admissions: The legal profession is one of the least diverse fields in America, according to the report. This inequality is due to the dominance of the Law School Admissions Test (LSAT), its flawed logic, and the institutional racism that it creates. The report recommends wider selection criteria than the LSAT’s quantitative measures. For example, adding criteria based on leadership, community involvement, and overcoming adversity.

Law Firms: Black lawyers account for slightly over 10 percent of partners at major U.S. law firms, according to the report. Lawyers leave firms due to retention and promotion issues, isolation, lack of guidance, and little professional growth. The report proposes diversity training, championing diverse leaders, and metrics-based approaches to diversity.

Women: Black women attorneys are vastly underrepresented in law firm leadership across the US. How can this be changed? Amplifying their voices, as well as fostering the conditions that help attain partnership can combat underrepresentation.

Access: Consider that less than 6 percent of lawyers are Black, yet they represent over 13 percent of the total U.S. population. Access to a legal education and to the tools needed to become successful in the legal field are different for minorities as for their white counterparts, said the report.

In conclusion, the link between ending systemic racism in the legal system and the mission to advance the rule of law is clear: equal treatment under the law. “When the legal process treats parties unequally in the application of laws, there is an inherent lack of fairness in the system,” said Ian McDougall, President of LexisNexis Rule of Law Foundation.