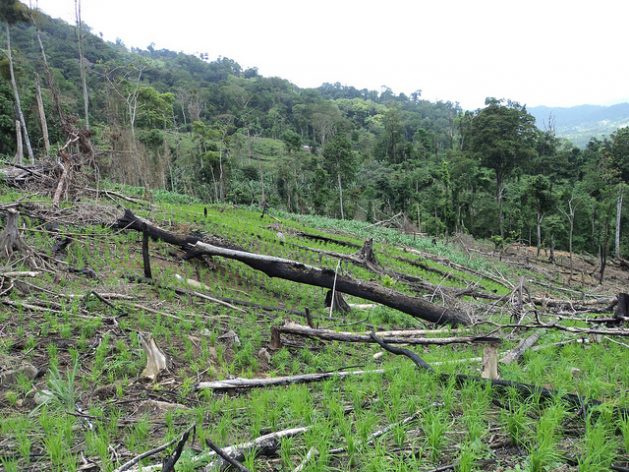 MADRID, Apr 27 2022 (IPS) - In case you were not aware, please know that humanity used to cultivate more than 6.000 plant species for food, but now instead fewer than 200 of these species make major contributions to food production. Out of these, only 9% account for 66% of total crop production.

Also that 33% of the world’s fish stocks are overfished.

And that 26% of the nearly 8.000 local breeds of livestock that are still in existence are now at risk of extinction.

“Many key components of biodiversity for food and agriculture at genetic, species and ecosystem levels are in decline. The proportion of livestock breeds at risk of extinction is increasing. Overall, the diversity of crops present in farmers’ fields has declined and threats to crop diversity are increasing”

And most coral reefs face too many pressures from pollution to overfishing and habitat destruction.

In addition, many species, including pollinators, soil organisms and the natural enemies of pests, that contribute to vital ecosystem services, are in decline as a consequence of the destruction and degradation of habitats, overexploitation, pollution and other threats.

There is also a rapid decline in key ecosystems that deliver numerous services essential to food and agriculture, including supply of freshwater, protection against storms, floods and other hazards, and habitats for species such as fish and pollinators.

All the above facts do not come out of the blue – they, among many others, are based on specific scientific findings provided by 91 countries and 27 international organisations, and contributions from over 175 authors and reviewers, who elaborated The State of the World’s Biodiversity for Food and Agriculture.

What is biodiversity for food and agriculture?

The UN Food and Agriculture Organisation (FAO) explains that biodiversity is the variety of life at genetic, species and ecosystem levels. Biodiversity for food and agriculture is, in turn, the subset of biodiversity that contributes in one way or another to agriculture and food production, it says, adding the following:

It also encompasses what is known as “associated biodiversity”, the vast range of organisms that live in and around food and agricultural production systems, sustaining them and contributing to their output.

Biodiversity supplies many vital ecosystem services, such as creating and maintaining healthy soils, pollinating plants, controlling pests and providing habitat for wildlife, including for fish and other species that are vital to food production and agricultural livelihoods, adds FAO, while also explaining the following:

Biodiversity makes production systems and livelihoods more resilient to shocks and stresses, including those caused by climate change. It is a key resource in efforts to increase food production while limiting negative impacts on the environment.

It makes a variety of contributions to the livelihoods of many people, often reducing the need for food and agricultural producers to rely on costly or environmentally harmful external inputs.

Diversifying production systems, for example by using multiple species, breeds or varieties, integrating the use of crop, livestock, forest and aquatic biodiversity, or promoting habitat diversity in the local landscape or seascape, helps to promote resilience, improve livelihoods and support food security and nutrition.

“Many key components of biodiversity for food and agriculture at genetic, species and ecosystem levels are in decline. The proportion of livestock breeds at risk of extinction is increasing. Overall, the diversity of crops present in farmers’ fields has declined and threats to crop diversity are increasing.” 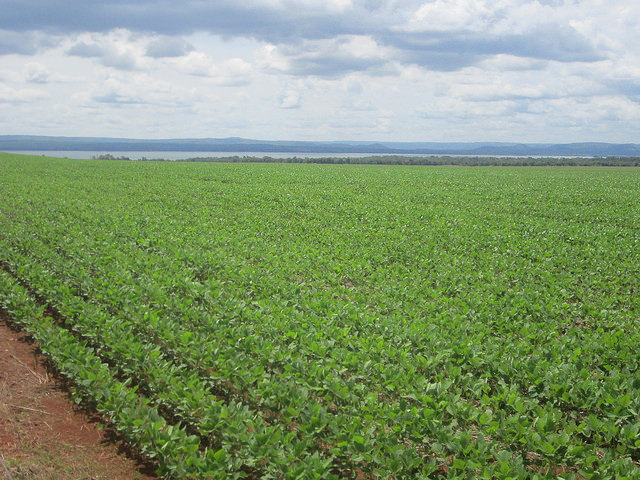 More than 6,000 plant species have been cultivated for food. Now, fewer than 200 make major contributions to food production globally, regionally or nationally. A sea of soy is seen near the city of Porto Nacional, on the right bank of the Tocantins River, Brazil. Credit: Mario Osava/IPS

Demolishing our own home

Should this not be enough, please also know that the world’s oceans are getting warmer because of increasing global carbon dioxide emissions.

Also that the world’s best-known coral reefs could be extinct by the end of the century unless more is done to make them resilient to our warming oceans.

In short, “We are wreaking havoc on our own home – the only home we have, the one home we all share,” UN General Assembly President Abdulla, Shahid said on 22 April 2022 on the occasion of the International Mother Earth Day.

But who is behind the destruction of biodiversity?

Obviously, those who have been making voracious profits by exploiting the essential infrastructure of all kinds of life on Earth, through their industrial intensive agriculture, the collection of genetic resources of flora and fauna to register them as their own “property”, the production of genetically modified food, and the over-use of chemicals.

They are also the big timber business destroying forests, inducing the waste of huge amounts of agriculture and livestock products to keep their prices the most profitable possible, and a long, very long etcetera.

And who profits from such destruction?

A specific, accurate answer to this question may be deduced from the numerous studies elaborated by Professor Vandana Shiva, the world-famous environmental activist from India, who is known for her opposition to big multinationals such as Monsanto for their “nefarious influence on agriculture.”

In her ‘must read’ report, The Corporate Push for Synthetic Foods: False Solutions That Endanger Our Health and Damage the Planet, Vandana Shiva informs that fully artificial food is an increasingly popular trend focused on developing a new line of synthetically produced, ultra-processed food products by using recent advances in synthetic biology, artificial intelligence, and biotechnology.

“These new products seek to imitate and replace animal products, food additives, and expensive, rare, or socially conflictive ingredients (such as palm oil), explains the world-known physicist, ecofeminist, philosopher, activist, and author of more than 20 books and 500 papers.

“Biotech companies and agribusiness giants are seeing the opportunity to move into this promising market of “green” consumption and hence these products are marketed to a new generation of environmentally conscious consumers who are growing critical of the grim realities of industrial food production.

“As a result, meatless burgers and sausages, as well as imitations of cheese, dairy products, seafood, and others, have begun to flood the market, being found anywhere from fast food chains to local grocery stores.

Such products market themselves as ‘eco-friendly’, ‘healthy’, and ‘sustainable,’ says Vandana Shiva, who already three decades ago, founded Navdanya and the Navdanya movement to defend Seed and Food sovereignty and small farmers around the world, as well as the Research Foundation for Science, Technology, and Ecology (New Delhi, India).