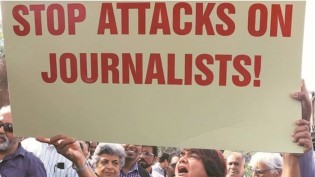 By Mehru Jaffer
Romeo is a bad word in Uttar Pradesh (UP), India's largest province with nearly 25 million people. While the name symbolises love, various shows of affection and love between women and men can be seen as a criminal offence in UP. For their safety, women are advised not to be seen cosying up with their lovers, especially in public places – because the state police department’s anti-Romeo squads could arrest them.

By Mehru Jaffer
More and more women from different walks of life and corners of the world are raising their voices against the treatment of minorities in India today.

By Mehru Jaffer
Officials at the International Atomic Energy Agency (IAEA) say they have been reduced to bystanders in the face of reports of widespread damage to Iraq's nuclear facilities.
Next Page »
ADVERTISEMENT ADVERTISEMENT