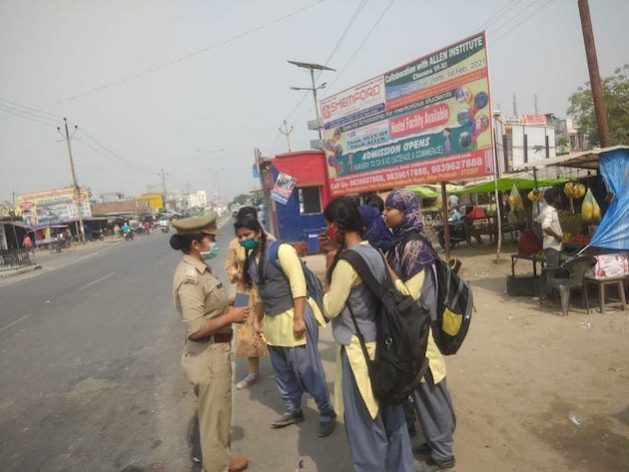 Activists have asked for gender sensitizing of the police, rather than the so-called Romeo squad. Source: Twitter

While the name symbolises love, various shows of affection and love between women and men can be seen as a criminal offence in UP. For their safety, women are advised not to be seen cosying up with their lovers, especially in public places – because the state police department’s anti-Romeo squads could arrest them.

“The Indian Penal Code (IPC) has sufficient sections to arrest and prosecute men harassing women. The anti-Romeo squad has become a tool to harass and embarrass young men and women. It has no place in a civilised democracy,” Bobby Naqvi, senior journalist and former editor of Gulf News, told the IPS. “Disturbing images of these squads harassing youngsters spoil India’s reputation as the largest democracy and a nation where almost 230 million people fall between the age group of 15 years and 24 years.”

Soon after the government was installed in office on March 25, an order was passed reviving the anti-Romeo squads. The squads were first launched in 2017 to safeguard women in public places.

Advocates of women’s rights, including activists Aruna Roy, Kavita Srivastava, Kalyani Menon Sen and lawyers Indira Jaising and Vrinda Grover, had released a joint statement in 2017 demanding that anti-Romeo squads in UP be disbanded immediately and replaced by long-term legal and institutional measures to ensure women’s safety. However, the unpopular squad is now back in action.

Renu Mishra, executive director of the Association for Advocacy and Legal Initiatives (AALI), a Lucknow-based non-profit organisation, sees the anti-Romeo squad as another way to keep women in check.

Women activists say that gender-sensitising of the police, an increase in the number of policewomen, an enabling environment for women to file FIRs, and more frequent convictions are needed.

They argue that the anti-Romeo squads are a physical manifestation of patriarchy that views women as helpless creatures to be protected rather than empowered.

According to Namita Bhandare, a writer on social and gender issues, there is no need for a squad.

In their previous incarnation, stories abounded of the excesses of the squad. Several young men accused of allegedly harassing girls were forced to shave their heads. A female police officer asked a young man to do sit-ups for being in the company of a female friend. A video of the same incident went viral and led to anger against similar excesses. 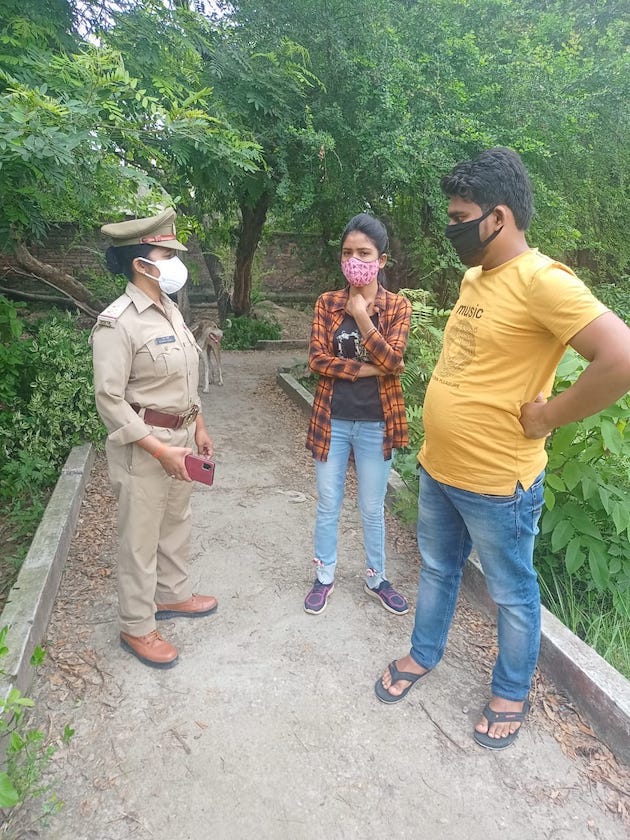 While crimes against women are high in Uttar Pradesh, activists fear squads like the so-called Romeo Squad will not resolve the issues. Source: Twitter

The Romeo hunters were disbanded, but now that the same government has returned to office for another five years and they are back. In the eyes of the ruling party, the name Romeo conjures up images of an ‘Eve’ teaser, a female harasser and a stalker. The anti-Romeo squads are expected to perform the role of gallant knights who help women safeguard their purity and honour. The UP Police says that they are trying to book as many roadside Romeos as possible to put an end to the harassment of women.

The squads are viewed with fear by many in the community, and when IPS tried to talk to former victims of the anti-Romeo squads, they declined for fear of retaliation.

The anti-Romeo squad seems helpless before politically powerful men who claim to be religious and dress in flowing saffron robes but threaten to rape women.

In April, a video emerged on social media showing a clean-shaven man in saffron robes speaking on a megaphone from inside an automobile. He threatened to kidnap and rape Muslim women.

The speaker was identified as Mahant Bajrang Muni Das of the Maharishi Sri Laxman Das Udasin Ashram in the Khairabad area of Sitapur, some 80 km from Lucknow.

“I am saying this with love for you that I will publicly drag your daughters-in-law and daughters out of your homes and rape them if any Hindu girl is molested in Khairabad. Muslims will be killed if any Hindu is killed here.”

NCW chairperson Rekha Sharma wrote to the state police chief to register an FIR and arrest the accused. Opposition party spokesperson of the Congress party Supriya Shrinate said that Bajrang Muni is an insult to the Hindu religion and his rape threat mocks law and order in UP.

Shrinate told the Chief Minister that he should act against anyone threatening to rape women.