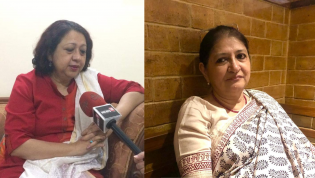 By Mehru Jaffer
More and more women from different walks of life and corners of the world are raising their voices against the treatment of minorities in India today.

By Mehru Jaffer
Officials at the International Atomic Energy Agency (IAEA) say they have been reduced to bystanders in the face of reports of widespread damage to Iraq's nuclear facilities.

By Mehru Jaffer
OPEC, the exclusive cartel of eleven oil-producing and exporting countries stands at the crossroads as it tries to balance supply in a world where the demand for oil seems unlimited.

By Mehru Jaffer
A summit called by the United Nations has reaffirmed its opposition to any legalisation of drugs.
Next Page »
ADVERTISEMENT ADVERTISEMENT