LISBON, Sep 11 2010 (IPS) - Over the centuries, racism in the Americas has targeted indigenous peoples, African slaves and their descendants, while in Europe, secular racism has long centred on its once-enslaved gypsies, as their recent persecution in France and Italy confirms. 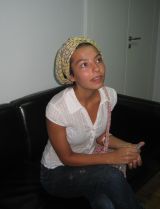 Anthropologist José Pereira Bastos, professor at the New University of Lisbon, made this charge at the conference Gypsies in the 21st Century, held in the Portuguese capital Sep. 8-10, drawing organisations from around the world that work to defend the rights of the peoples known as Romani, Roma, or Roms, among others, depending on the dialect.

The participants in this annual meeting of the Gypsy Lore Society (GLS) underscored in a resolution that the anthropological society is alarmed by the anti-Roma rhetoric of authorities from France and Italy.

Bastos told IPS that they expressed “strong concern over the policy of expulsions, which could lead to serious consequences for community relations between Europe’s majorities and the vulnerable Roma minority.”

The French government of Nicolas Sarkozy enacted a plan in August of forced removal and destruction of Roma encampments, with mass expulsions to Bulgaria, Romania and other countries.

A similar offensive has been carried out by the government of Silvio Berlusconi in Italy since 2008 — the difference being that the Italian leader did not make public his “security package” under which thousands of Roma have been expelled.

The Roma are a large minority group in Europe, with a population estimated at 10 to 16 million. But their numbers don’t protect them from discrimination or seemingly cyclic waves of persecution.

In sad irony, the latest incidents have come in the middle of the Decade of Roma Inclusion (2005-2015), “an unprecedented commitment by European governments to improve the socio-economic status and social inclusion of Roma.”

Last week’s Lisbon meet drew representatives of Roma groups and rights organisations from most European countries, but also from as far away as Brazil and Japan.

Bastos noted that GLS does not usually engage in political matters but on this occasion could not keep silent about France and Italy’s ethnic persecution of the Roma communities.

GLS, “with 120 years in existence, is the oldest anthropological scientific society in the world, founded in 1888 in London, relocated to 1989 to the United States, this time condemned the measures adopted in France and Italy,” he said.

The professor pointed out that the Roma have been the slaves of Europe since the sultan of Ghazni (now Afghanistan) began to make incursions into northern India, capturing villages in that zone.

In the winter of 1019-1020, the sultan conquered the sacred city of Kannauj, “in that era one of the most ancient and learned cities in India, capturing thousands of people and selling them in Persia,” explained the anthropologist and activist.

The Persians in turn sold the slaves in what is today Eastern Europe.

“It is known that 2,300 of them were placed in an area of the Orthodox Christian principalities of Transylvania and Moldavia, which today constitute two-thirds of Romania, where they were made slaves of the prince, of the convents and of the rural estates,” explained the host of the GLS meeting.

During the persecutions of Jews and Muslims in the 15th century, the “gypsy hunts” began, “because they were considered vagabonds and criminals.”

“In Germany and Netherlands, they were exterminated using guns, and the hunters were paid per unit,” said Bastos, summarising that “in Europe the goal of exterminating the gypsies has always been very clear.”

Anthropologist Daniela Rodrigues, member of the non-governmental organisation SOS Racism, told IPS that the expulsions of Roma from France and Italy is a “populist strategy” of those governments — a bid to appeal to their extreme conservative bases.

Rodrigues, who works to promote education for Roma children in Portugal, explained that one of her key efforts is “mediation with the families, to give them incentives to send their children to school.”

“Low school attendance among gypsies also has to do with their perception of themselves, in which many think that going to school will make them lose their ethnic identity,” she said.

This phenomenon “is much stronger for girls than for boys. When a gypsy girl achieves an education, her own community begins to say that she is no longer a gypsy, and look upon her with some scorn,” she added.

Rodrigues stressed that there is discrimination against Roma people in Portugal as well, “especially by the police, who when they are checking merchant credentials at the street fairs, they target the Roma merchants.”

“But unlike France and Italy, in Portugal the operations to control undocumented foreigners is not focused on them,” explained the expert.

In those two countries, “instead of conducting general immigrant controls of possible undocumented persons, what they do are operations against a specific ethnic minority, which follows a populist strategy,” said Rodrigues.

Another key difference is that Portugal “adopted a system of socially mixed neighbourhoods, constructed with the perspective that the Roma coexist with Africans, Brazilians and Portuguese, whether white or mixed race, and there is little discrimination there,” she said.

In a presentation to the conference, Santiago González Avión, director in the Spanish autonomous community of Galicia of the Gypsy Secretariat Foundation, pointed to the open wound that is the division amongst the Roma communities themselves.

“Fragmentation is strong between the Galician gypsies and the Castilian gypsies, and for the Roma that hold Spanish nationality. Also between them, and those with Portuguese nationality, there is strong segregation,” said González.

The conference document also denounces “the conditions of social precarity, in addition to economic poverty and social exclusion” of these groups.

The board of the Foundation laments the fact that “the Roma of Eastern Europe have not established ties with the rest of the gypsy populations. As a result, there is weakness in articulating a gypsy movement when the time comes to vindicate our rights as citizens and demand inclusive policies.”

“It is the general policies, of an inclusive nature, that have had greatest impact in improving the living conditions and recognition of rights of gypsy populations,” he said.

And only inclusive plans “guarantee what is known as the logic of access, but not the logic of roots: feeling the policies are one’s own, and incorporating them into personal plans and group strategies,” said González.