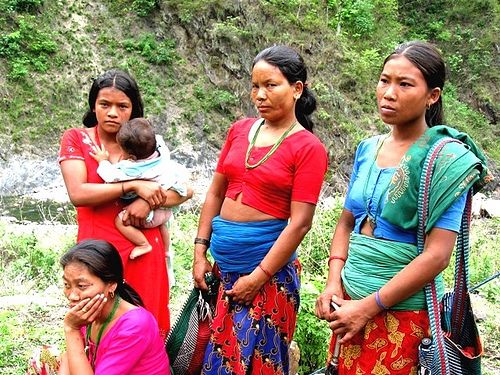 UNITED NATIONS, Dec 2 2011 (IPS) - In polished versions of U.S. history, the near-extermination of Native Americans in the United States is an unsightly blemish that continues to be glossed over to this day. Yet the struggles of indigenous peoples are not exclusive to the United States and have grown increasingly complex in modern times.

Overlooked and marginalised in the vast majority of the 70-plus countries which have indigenous peoples living within their borders, the 370 million indigenous peoples across the globe are considered disproportionately disadvantaged compared to their non-indigenous counterparts.

“Many countries do not acknowledge the existence of indigenous peoples,” Sonia Heckadon, pro tempore chair of the Inter-agency Support Group (IASG) on Indigenous Issues, told IPS. Nor do many governments take their needs into consideration, she added.

Participants from U.N. agencies and NGOs pointed out some of the advancements made in terms of indigenous peoples, but those strides served in some ways only to underscore how seriously disadvantaged they are.

A universal definition of indigenous peoples has yet to be adopted, but they are generally considered to be the non-dominant communities and groups with historical continuity with pre-colonial or pre- invasion societies.

Indigenous peoples are also known for having defined and highly- valued traditions, customs and practices.

The United Nations Declaration on the Rights of Indigenous Peoples notes that “indigenous peoples have suffered from historic injustices as a result of… their colonisation and dispossession of their lands, territories and resources.”

Colonisation and dispossession have in turn prevented them “from exercising… their right to development in accordance with their own needs and interests”.

In most countries, indigenous peoples are poorer, less healthy, less educated and more likely to face discrimination and be denied full access to human rights. Although indigenous peoples are only five percent of the global population, they comprise 15 percent of the world’s poor, according to the International Fund for Agricultural Development (IFAD).

The remote areas where indigenous families frequently live often lack basic social services, noting that as a result, “indigenous youth and children have limited or no access to health care, quality education, justice and participation”, UNFPII has noted.

Aboriginal and Torres Strait Islanders in Australia have a diabetes rate six times that of the general populace. The suicide rates for Inuit youth in Canada are a whopping 11 times the national average, and indigenous infant mortality rates in Panama are more than three times that of the non-indigenous population, according to the World Health Organisation (WHO).

Interest in indigenous issues has risen since the first Permanent Forum session in 2002, Heckadon pointed out. At the third session in 2004, six governments presented reports. In 2011, 18 did.

Heckadon called the growth an indicator of “the accountability mechanisms that the Forum has been able to create”. She was adamant, however, that “we still have a lot of work to do”.

Indeed, indigenous peoples have a long way to go in terms of advancement in their own rights, while governments and international organisations have a similarly long distance to cover in order to ensure indigenous rights are protected and indigenous populations have equal access to health and educational services.

At the same time, methods to protect those rights such as ensuring adequate health and housing and providing access to education must be in harmony with indigenous customs and practices – one of many complex challenges facing both governments and indigenous populations.

For instance, building sustainable housing for indigenous peoples could incorporate traditional building materials, practices and designs, rather than standard, non-indigenous ones, thus preserving customs and traditions while alleviate housing issues.

At the same time, “a challenge is the lack of clear internal mandates within UN agencies to work on the promotion and protection of the rights of indigenous peoples,” Javier Vasquez, regional human rights law advisor at the Pan American Health Organisation (PAHO), told IPS. He added that internal resolutions would be critical to effectively protecting indigenous rights.

“The indigenous peoples are confronting incredible situations,” Heckadon said. “It’s getting worse because of natural disasters, the rise of fundamentalism, the erosion of human rights.”

“All these factors are having an impact on the rights of indigenous peoples.”