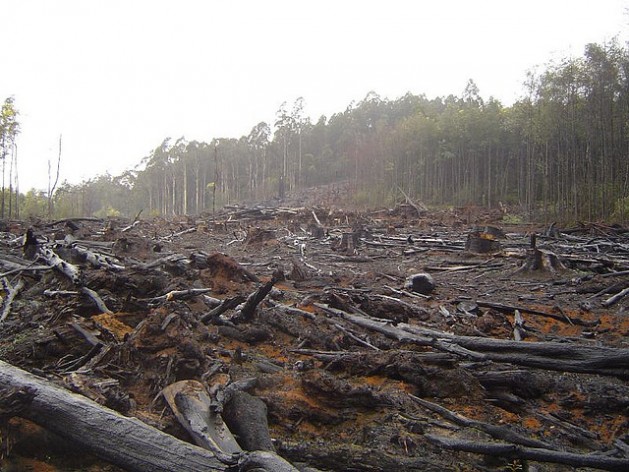 NEW YORK, Dec 23 2011 (IPS) - When the fast food chain McDonald’s decided to add oatmeal to its menu in January 2011, it literally sugar-coated the offering as a “portable, affordable and balanced breakfast solution… to help make it easier and more inviting for our guests to eat more whole grains and fruits”. 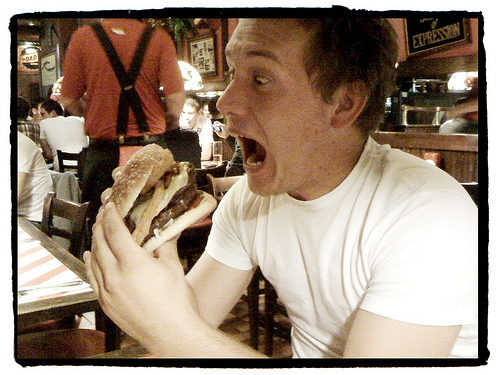 “Why would McDonald’s… take a venerable ingredient like oatmeal and turn it into expensive junk food?” lamented New York Times columnist Mark Bittman in February 2011.

McDonald’s oatmeal, he pointed out, “contains more sugar than a Snickers bar and (is) only 10 fewer calories than a McDonald’s cheeseburger or Egg McMuffin”.

But critics say McDonald’s uncanny ability to turn an inherently healthy food into an unnaturally processed product (the oatmeal itself contains seven ingredients, including “natural flavour”, according to Bittman) is not even the most egregious of the stunts that large food corporations manage to pull.

A Nestle supermarket that set sail in the form of a barge on the Amazon River in Brazil in June 2011 could be one of the more outlandish efforts by the food industry to offer an expanding range of customers a plethora of processed and packaged foods.

Even though processed food is inexpensive, noted Bittman, “the costs aren’t seen at the cash register but in the form of high health care bills and environmental degradation”.

In the United States, food activists who are highly critical of corporations that market aggressively to attract and keep a steady consumer base are also critical of the government, which seems unable or unwilling to regulate these corporations, whether through limiting their marketing or requiring them to adhere to specific nutrition standards.

As a result, not only are individuals and communities feeling the effects of a consistent intake of unhealthy processed foods laden with sugar and fat, but societies around the world and the earth itself are also forced to bear the heavy burden of the unsustainable agricultural system upon which the food industry relies.

Some 33.8 percent of adults in the United States are obese, according to the Centres for Disease Control (CDC). Obese means having a body mass index (link) of more than 30. The World Health Organisation (WHO) estimates that by 2015, 2.3 billion adults will be obese.

Lifestyles that incorporate little to no exercise and a processed diet high in fat and sugar are linked to obesity and being overweight, which are connected to a multitude of health issues, including heart disease, type 2 diabetes and some cancers.

Before the law was passed, according to Corporate Accountability International, McDonald’s threatened to sue San Francisco on the grounds of the First Amendment.

Once the law went into effect, instead of giving away free toys with its Happy Meals, McDonald’s decided to charge 10 cents per toy.

Still, “this law really had a tremendous public health impact even before it took effect,” despite McDonald’s approach, said Sara Deon, Value [the] Meal campaign director.

Although prohibiting toys from accompanying meals may change nothing about the actual content and nutritional value of the food, the changes do have an impact on who buys fast food meals, and how often.

In 2007, McDonald’s spent an estimated 1.74 billion dollars globally on advertising, according to a report by Consumers International. Yum Brands, the parent company for Taco Bell, Pizza Hut and KFC, spent 1.23 billion dollars.

Additionally, “federal agencies wield tremendous influence over what types of foods we eat and the information we receive about them,” wrote Michele Simon, a public health lawyer, on her blog, pointing out that the government sets food safety standards, gives nutrition advice and subsidises agriculture.

However, powerful food industry lobbies are able to pressure representatives and senators who hail from districts where people rely on food industry corporations for jobs.

Many food activists seriously doubt lawmakers’ commitment to ensuring that people have access to healthy, affordable food, citing conflicts of interest and a focus on protecting corporations rather than people.

In April, the Interagency Working Group (IWG), including the Federal Trade Commission, the Food and Drug Administration, the CDC and the U.S. Department of Agriculture, developed and proposed recommendations on both the nutritional quality of food marketed to children and teenagers, and marketing practices.

The House Committee on Energy and Commerce, however, wrote a letter to the IWG, saying, “the real causes of childhood obesity have more to do with inadequate physical activity and excess calorie consumption than with the advertising and packaging of food.”

It ignored evidence of a connection between marketing and the purchase and eating of fast food, which in turn contributes to excess calorie consumption.

The letter asked the IWG to “withdraw the current proposal and start afresh”.

“Corporations simply throw their money around and threaten politicians if they try to get in their way,” Simon told IPS. “Even when regulatory agencies try to do the right thing they’re beat back by congressional members that oversee them.”

Simon is not convinced that regulations and guidelines are the most viable solutions to a host of related issues including but not limited to poor nutrition, obesity, and an unsustainable food system that exploits labour and harms animals.

What Simon considers truly necessary is complete system overhaul. Her call for an end to corporate and industry control has a familiar ring.

“We need to build a political movement,” she said.

Still, despite “a lot of localised restructuring” and alternatives such as farmers’ markets, such options are insufficient, she insisted, because they fail to strike at the core of a flawed and broken system.