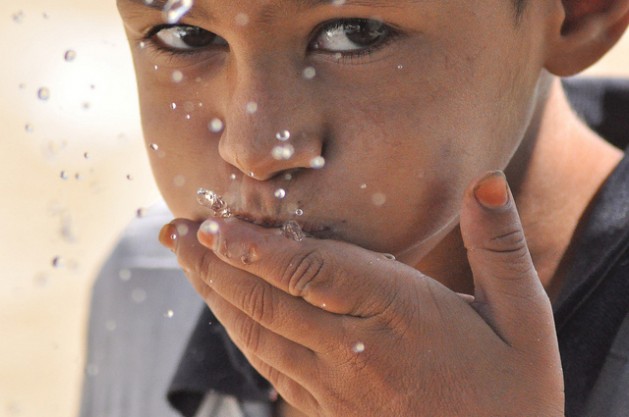 “On its face, the new rule allows the occupier (in a long-term occupation) to make endless use of the variety of objects found in the occupied territory,” Israeli human rights group Yesh Din stated. “To pump its water sources, to transfer its archeological artifacts to elsewhere outside the territory, to use areas within it for garbage disposal, to sell public real estate, and more.”

In late December of last year, the Israeli Supreme Court dismissed a petition put forth by Yesh Din, challenging the legality of Israeli mining and quarrying operations taking place in the occupied West Bank.

The court argued that the laws of occupation change when the occupation is long-term; in other words, the powers of an occupying power can expand, while the prohibitions against it become increasingly flexible, in a long-standing occupation.

The court also inferred that the Palestinian Authority (PA) had consented to the quarries’ operation, since the Israeli-Palestinian interim agreement, which was meant to expire in 1999, left the quarries under complete Israeli control in Area C of the West Bank. Shutting down Israeli quarrying activities would harm the local Palestinian population, the court added, since the industry employs Palestinian workers.

On the ground, however, the ruling has left Palestinians concerned that Israel’s illegal exploitation of other resources in the West Bank, including water, will now be viewed as legitimate.

“This law is dangerous. We are talking about one of the main humanitarian needs: water. I don’t think that anybody, any law, any state, has the right to steal one of the main necessary needs for people,” said Fathy Khdirat, a Palestinian resident of Jordan Valley and coordinator of the Jordan Valley Solidarity campaign.

“When they say that the occupation is long-term, that means that Israel is planning to continue its occupation of our land, to continue to make this kind of open-air prison for the Palestinians who managed to stay in their land,” he added.

In Jordan Valley, Israel has taken control of most of the area’s water sources for the near-exclusive use of the 9,400 Israeli settlers living there. These settlers consume approximately 6.6 times more water per capita annually than the 56,000 Palestinian residents of the Jordan Valley.

While some Bedouin communities in the area have water consumption levels comparable to humanitarian-disaster areas, it is estimated that Israeli settlements in the Jordan Valley use almost one-third the quantity of water – for household and agricultural use – that is accessible to the 2.5 million Palestinians living in the entire West Bank.

“Now there are just a few (Palestinian) communities, maybe 13 communities, that have the right to buy a limited amount of water from the Israeli (water) company, Mekorot. More than this, Israel confiscated water tanks which are pulled by the farmers’ tractors and bring water from outside the Jordan Valley,” Khdirat told IPS.

“Palestinians can hear the water running in the pipes but they are not allowed to drink from them.

According to Yesh Din, the Supreme Court’s ruling not only violates international law, but dangerously “creates a licence for pillage” in the occupied Palestinian territories. The organisation applied to the High Court in January for a new hearing on the issue in front of a broader panel of judges.

Israeli quarry operations in the West Bank began in the mid-1970s. It is estimated that there are ten Israeli-owned quarries in the West Bank, of which eight are operational. These facilities produce approximately 12 million tons of mined material annually, and the vast majority of these materials – up to 94 percent in some quarries – are transferred for use in the Israeli construction market.

A September 2011 report released by the Palestinian Ministry of National Economy and the Applied Research Institute in Jerusalem found that the total costs imposed on the Palestinian economy as a result of the Israeli occupation amounted to 6.897 billion dollars in 2010, or approximately 84.9 percent of the total Palestinian GDP.

“The majority of these costs do not have any relationship with security concerns but, rather, come from the heavy restrictions imposed on the Palestinians in the access to their own natural resources, many of which are exploited by Israel itself, including water, minerals, salts, stones and land,” it stated.

The inability of Palestinians to access their own natural resources – which, by extension, causes them to lose revenues and pay higher costs for raw materials – amounts to 4.5 billion dollars annually, 56 percent of the Palestinian GDP, the report found.

According to Fathy Khdirat, this strain on the Palestinian economy has a clear purpose: to get Palestinians to leave their lands.