Q&A: The Road to Rio Goes Through Cairo 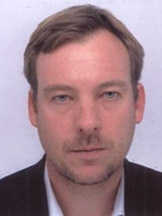 So when the U.N. Conference on Sustainable Development (also known as the Rio+20 summit) takes place in Brazil in June, a strong underlying theme will be the human factor, as spelled out in the Programme of Action adopted at the 1994 International Conference on Population and Development (ICPD) in the Egyptian capital.

“Development has to serve people, and a sustainable development agenda must consider people,” says Michael Herrmann, economics adviser with UNFPA, and member of the U.N. Lead Economist Network.

An agenda that does not take account of people – their numbers, locations and age structures, as well as their living conditions, ambitions and opportunities – “misses the raison d’etre of sustainable development.”

In an interview with IPS, he pointed out that “for sustainable development, it quite simply matters how many people we are, where we live, how we live and what we want from life.”

“Sustainable development demands greener and more inclusive economic growth, which encourages sustainable production and consumption, and rights-based policies which address population dynamics,” said Herrmann, who once co-authored some of the flagship reports of the U.N. Conference on Trade and Development (UNCTAD) and is currently responsible for economic and demographic analysis at UNFPA.

Q: What is the impact of rising population on the environment? A: Last year the world population surpassed the seven billion mark and by mid-century it will have grown to over nine billion. By 2050, we will add about as many people to the planet as inhabited the planet as recently as 1950.

More people will need more water, food and energy, more clothing, housing and infrastructure, and more health and education, amongst others. Meeting these needs will require not only a more balanced distribution of economic resources, but also higher levels of economic output, and this will lead to mounting pressures on all natural resources.

Q: How best can these challenges be met? A: The dual challenge of improving the well-being of a large and growing population, while promoting the sustainable use of essential natural resources, calls for a two-pronged approach. In accordance, the 1992 Earth Summit in Rio de Janeiro, Brazil, and the 1994 ICPD in Cairo have emphasised the need to shift towards sustainable production and consumption – which is the hallmark of the green economy – and appropriate policies to address demographic changes.

Q: What does this entail? A: This requires universal access to sexual and reproductive health, investment in education beyond the primary level, the empowerment of women, and a more active involvement of youth.

Together, these measures will not only help improve the quality of life of people – by reducing infant, child and maternal mortality, arresting the spread of communicable diseases and reducing unintended pregnancies of young women – but will also contribute to lower fertility and slow population growth.

Q: Will population be one of the key elements in the plan of action – formally called the outcome document – to be adopted by world leaders in Rio in June? A: For sustainable development it quite simply matters how many people we are, where we live, how we live and what we want from life.

Not to recognise the challenges that come with demographic change in the new outcome document would be a missed opportunity, and a step back from pervious political declarations. Not to outline rights-based policies to address population dynamics would leave undesirable room for misinterpretations.

To highlight demographic challenges is not the same as calling for population controls. Countries can address population dynamics through rights-based policies by encouraging sexual and reproductive health and rights, education, empowerment and participation; and they can address demographic challenges by systematically using population data and projections to inform rural, urban and national development strategies and policies.