RIO DE JANEIRO, Apr 6 2012 (IPS) - On her first visit to Brazil, the United Nations humanitarian affairs chief Valerie Amos stressed the need to take advantage of this country’s experience in disaster response and the fight against poverty. 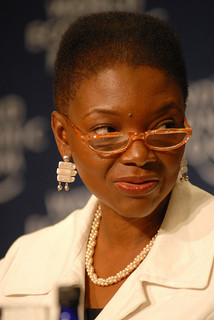 “I am particularly interested in how best to share Brazil’s experience in disaster preparedness and food security with other countries in the region and around the world,” said U.N. Under-Secretary-General for Humanitarian Affairs and Emergency Relief Coordinator Amos.

Amos met Monday Apr. 2 with Foreign Minister Antonio Patriota, Defence Minister Celso Amorim, and Minister for National Integration Fernando Bezerra. She then flew to Rio de Janeiro to meet with other officials and with representatives of the private sector and NGOs, to discuss U.N. efforts in the country and opportunities for strengthening coordination in humanitarian aid.

Conor Foley, a consultant on humanitarian aid and human rights, stressed Brazil’s role in the world as an emerging economic power, and the growing influence it has achieved in international debates and aid programmes.

In Africa, for example, there are now more Brazilian than British diplomats, said the Irish expert who lives in Brasilia.

He said Brazil has also accumulated considerable experience in the design of humanitarian aid projects, and in dealing with floods and other natural disasters. In addition, it has a number of doctors who specialise in treating gunshot wounds.

Williams Gonçalves, an expert in international relations at the Rio de Janeiro State University, said Brazil has built up know-how in providing humanitarian aid in extreme situations, as it has demonstrated in Haiti.

“The work carried out by Brazilians in that Caribbean nation and in Africa has drawn everyone’s attention, and has given this country the credentials to provide high-quality, disinterested humanitarian aid,” he told IPS.

In the area of food security, Brazil is currently supporting the development of agriculture through anti-poverty programmes in a number of African countries, based on its own experience in domestic programmes like the “Bolsa Familia” (Family Grant), implemented by the government of Luiz Inácio Lula da Silva (2003-2011) and continued by President Dilma Rousseff, both of whom belong to the left-wing Workers Party.

Foley pointed to Brazil’s “internal experience involving the implementation of large-scale cash transfer programmes and the more recent ‘pacification’ of the favelas (shantytowns) of Rio de Janeiro, which are also an example for the world.”

To strengthen international humanitarian aid mechanisms, the Brazilian government proposed the creation of software to administer information and connect countries in need of aid with donors.

Gerard Gómez, the head of the regional office for Latin America and the Caribbean of the Office for Coordination of Humanitarian Affairs (OCHA), who accompanied Amos’ delegation, said the communication between what is needed and what is received is very important when international humanitarian aid is involved.

Gonçalves said the initiative is not “merely a suggestion” but a concrete contribution, taking into account the fact that “Brazil has stood out as an important actor in the field of aid and cooperation since the government of Lula.”

“Different government agencies have been active abroad, which means Brazil’s technicians have accumulated experience in this field and are in a good position to propose new ways of operating and new approaches to problems in different areas,” he said.

Syria on the immediate agenda

Syria is one of the top priorities in the U.N.’s humanitarian assistance efforts. Amos said around one million people in that country are in need of aid.

After expressing concern about getting medical treatment to the population and support to the children, she said the U.N.’s proposals have not been accepted by the Syrian government.

Although the Red Crescent has trained some 10,000 volunteers across the country to help in relief efforts, the big challenge, Amos said, is to be able to bring together more people to provide aid, and to engage in dialogue with the Syrian government in the nearest possible future.

The experts consulted by IPS agreed that Brazil could play an important role in helping to bring about a peaceful solution to the crisis in Syria.

“Brazil has strong experience in participating in U.N. peacekeeping missions, which gives credibility to its expressions in favour of dialogue between the parties in conflict, and it has demonstrated its skill in brokering agreements,” said Gonçalves, who stressed this country’s defence of respect for national sovereignty.

The academic pointed out that “Brazil has already been acting in this scenario along with India and South Africa, implementing important humanitarian aid programmes.”

“Since it does not have a colonial past, it is not a military power with expansionist ambitions, and it has a cultural tradition of inclusion and religious tolerance, this country has a positive image in that region,” he said.

For those reasons, Foley concurs that Brazil, although it does not have a permanent seat on the U.N. Security Council, could make a diplomatic effort to make humanitarian interventions in Syria and in other parts of the world more coherent.