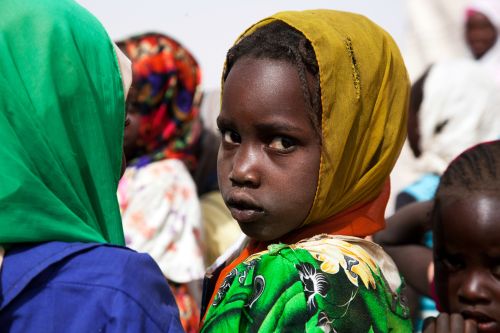 UNITED NATIONS, Apr 6 2012 (IPS) - In his keynote address to the Global Colloquium of University Presidents at New York’s Columbia University last week, U.N. Secretary-General Ban Ki-moon spoke of the growing power exercised by the world’s younger generation in an age of high- speed technology and the information superhighway.

“Some dictators in our world are more afraid of tweets than they are of opposing armies,” he declared, pointing out the rising political clout of the younger generation.

The United States, which is holding the rotating presidency of the Security Council for the month of April, also has plans for the participation of youth in the U.N.’s most powerful political body.

At a press conference Tuesday, U.S. Ambassador Susan Rice said the United States wants to return to the theme of youth, and do it in a somewhat different way.

“So I hope over the course of the month, you’ll be seeing a few younger faces around the halls, including in the Security Council itself,” she said.

“We’ll be partnering with high schools, universities, and non- governmental organisations (NGOs) to invite younger people, young audiences, to come to open sessions of the Security Council,” she added.

Still, at a women’s conference at the United Nations last month, several speakers decried the absence of youth at key U.N. meetings.

A representative of the Girls Scouts of the United States, speaking on behalf of several NGOs, criticised the marginalisation of youth in the activities of the world body.

She described the United Nations as an “unwelcoming” place for youth and pointed out that the world body even refuses to provide U.N. ground passes, to enter the building, for those under the age of 16.

“It’s time we included more young people in our conferences,” Rozaina Adam, one of the five female parliamentarians from the island nation of Maldives, told the U.N. Commission on the Status of Women (CSW) last month.

And Edna Akullq, founder of the Self-Help Foundation in Uganda, asked members of the CSW: “How many young delegates did you come with (to the current session)?”

“Have we missed the opportunity? Are we involving young people as stakeholders in the cause?” she asked.

Asked about the restrictions imposed on under-16 youth, U.N. spokesperson Martin Nesirky told IPS that U.N. rules state that grounds passes will not be issued to any persons under the age of 16, with the exception when there is a special conference on children.

“However, importantly, children under the age of 16 may be admitted with a chaperone,” he added.

“More generally, as you know, the secretary-general is in the process of seeking to broaden the way the United Nations engages young people,” he added. Therefore, “The kind of feedback you refer to is very useful.”

In his address to Columbia University, the secretary-general said the United Nations is developing an action plan for the coming years.

“We want to work with youth on major issues affecting them, including joblessness, political inclusion, human rights and sexual health,” Ban said.

And young people are using Facebook and Twitter to organize protests, speak out against human rights abuses and end oppression, he added.

At the University of Kansas, students are designing social media strategies for United Nations campaigns that will be sent out to all U.N. offices around the world.

And those students are going to create a flash mob on campus to promote interest in the United Nations.

Ambassador Rice told reporters the United States will be organising a special programme for young journalists “that I hope will be of particular interest to you”.

“We’ll be inviting them to come to the U.N. to report on what we believe is an issue of critical importance to young people and their generation, which is, of course, the issue of proliferation of nuclear materials and nuclear weapons technology,” she said.

“We are going to draw young people from area schools but also from several Council member-states who will able to participate via video,” she added.