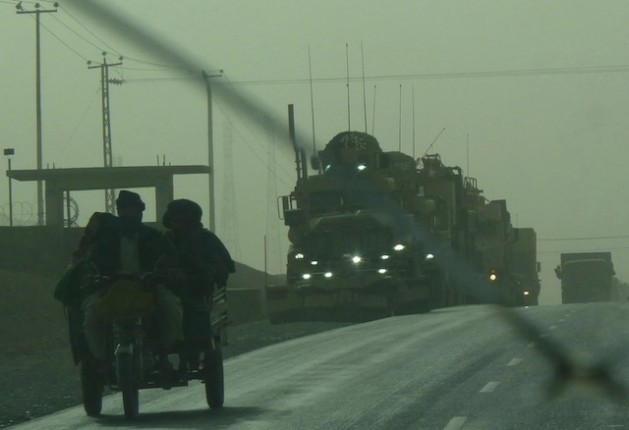 HERAT, Afghanistan, Jul 7 2012 (IPS) - Afghanistan’s international donors will gather on Sunday in Tokyo for a conference at which they are expected to pledge economic aid, and ensure their assistance level will be maintained after withdrawal of ISAF-NATO troops, in 2014. But Afghan people and civil society groups working in the country say much of the aid is being directed the wrong way.

Donors are expected to promise 3.9 billion dollars in annual economic and development support at least through 2017, going by what Afghan President Hamid Karzai said some days ago. Head of the Afghan Central Bank, Noorullah Delawari, says Afghanistan needs about six to seven billion dollars annually in economic aid.

The international community has often made firm commitments for financial, development and security assistance for Afghanistan beyond 2014, but civil society activists have several concerns.

“The international community has done its best here, but has failed, because it tried to apply a strategy elaborated elsewhere, by people without any specific knowledge of the country,” Soraya Pakzad, founder of Voice of Women Organisation in Herat, about 640km west of capital Kabul, told IPS.

“Tokyo could give donors and international players the last chance to revise their strategy, which has to be focused on economic development and social inclusion in order to be useful, rather than only on the military sector, as it was for the last 11 years,” she added.

Abdul Khaliq Stanikzai, regional coordinator for Sanayee Development Organisation told IPS that the marginal level of development aid, as compared with the volume of funds for military activities, “clearly shows the priorities accorded to the political-military objectives over those of reconstruction, while the modest amount of money assigned to humanitarian activities was too dependent on the NATO’s aim to ‘win the Afghan hearts and minds’.”

Over the past years, many NGO workers and independent researchers have criticised the securitisation of humanitarian aid, as seen in its geographical distribution, reflecting the political and military objectives of donor countries rather than the needs of the Afghan population.

The growing securitisation of aid and the focus on the military sector “has negatively affected the agenda pursued by the international community in Afghanistan,” Stanikzai told IPS.

With the downsizing now of the foreign forces, the international community must open a new chapter in its strategy on Afghanistan, civil society organisation members say.

The European Network of NGOs in Afghanistan (ENNA) is trying to promote a common call to the European governments that starting from the beginning of the withdrawal, for each euro saved from the military budget 30 cents be re-allocated to cooperation projects meant to promote social and economic progress.

“We still need military support at a national level to fight terrorism and anti-government insurgents, but we mostly need to address the main, structural roots of the conflict that are linked to the lack of economic opportunity for the people,” Daoud Saba, Governor of Herat province told IPS.

“And we also need to improve our institutional mechanisms to answer citizens’ claims and needs. This means that for the Afghan government it would be better to directly control much of the funds.”

So far, allocation of funds has mostly been decided by international donors, with a low involvement of local partners and interlocutors. “The Government of the Islamic Republic of Afghanistan estimates that 77 percent of aid channeled to the country up to mid-2009 was directed bilaterally to projects, with little or no involvement from the government itself,” writes Lydia Poole, author of the Development Initiatives report.

Many Afghans continue to blame the international community for acting unilaterally. “It is time to give the Afghan government and society their sovereignty back, we have to prove our capabilities,” Abdul Qader Rahimi who heads the Herat branch of the Afghan Independent Human Rights Commission told IPS.

The call for foreign assistance to be routed through Afghan government entities rather than international organisations is a long-standing one, but donors are still reluctant to accept this demand due to corruption and a lack of transparency and accountability. Last year Transparency International ranked Afghanistan the third most corrupt country in the world.

“We too are really concerned that the Afghan government is too weak, corrupt and ineffective to use aid in a proper way,” Haziza Khairandish, West region Coordinator for the Civil Society and Human Rights Organisation told IPS. “There’s the real, concrete possibility that we will lose a great opportunity once again.”

But corruption is not a one-sided issue, civil society activists say. “Corruption is spread over the Afghan institutions, this is clear, but it is also common among the so-called international community,” Ahmad Kharimi, acting director of the High Office of Oversight and Anticorruption (HOOAC) in the West region of the country told IPS.

“The amount of money spent through Afghan channels is marginal compared to that passed through international organisations or directly disbursed by donors, and the latter is much more difficult to trace, check and monitor. We really are used to finding a lot of problems when we try to call donors to accountability: it is six months, for example, that we have been trying to get an appointment with the Italians to discuss some controversial issues. Until now we have not received any answers.”