LONDON, Aug 7 2012 (IPS) - The London Borough of Tower Hamlets, the “East End”, is the historic core of England, the home of the Tower of London, and now it is a Gateway borough to the Olympics. 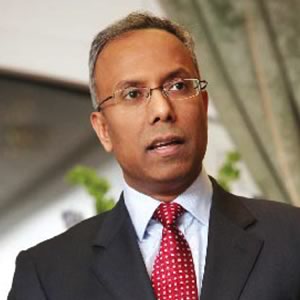 It is also the site of St Mary Le Bow church – real Cockneys should be born within the sound of its bells – but nowadays, there are probably more mosques than churches, which helps explain why Lutfur Rahman, the first directly elected mayor of the borough, is also the country’s first, and so far only, Muslim to hold the office.

It is difficult to recognise in the formal besuited mayor the demonised hate figure of the British conservative press who have been portraying him as a crypto-fundamentalist.

Only this week, a Daily Telegraph columnist called him “extremist-linked” even though the British Press Council had recently ordered the paper to retract a previous statement. The “link” seems to be that Mayor Rahman goes to mosques – and so do Al-Qaeda members.

Despite his quite proper speech, Rahman still has traces of Cockney Bengali in his diction, having been brought over by his father in the 1950s when Bengalis were moving into an area that was still dominated by Jewish immigrants from Eastern Europe.

Indeed, he remembers fondly “My father and my brother both worked for the Jewish community. When I was growing up, my brother as a young lad used to be driven home by this man in traditional Jewish clothing. He used to come in and say hello to my mother and the rest of us.

“My family owes a great deal of gratitude to the Jewish community. When my father came here to Brick Lane in the ’50s they harboured him, talked to him, and helped him.”

Rahman became mayor at a time when the centre of gravity of Britain’s metropolis is inexorably edging in his direction. His borough includes Canary Wharf, rivaling the City of London as the centre of finance, and abuts the Olympic Park and the London City Airport on the other side.

The transport infrastructure, the rail and road links for Canary Wharf Park, the investment of over L800 million in the Games have all contributed to a rising prosperity in what had formerly been one of the most deprived municipalities in Britain.

But it has the Gini coefficient of a least developed country, with staggering wealth around Canary Wharf highlighting large areas of deprivation elsewhere. For those on the bottom of the ladder, the galloping gentrification of the housing stock just makes homes more unaffordable.

Brought up in a large Bengali family in an overcrowded home, Rahman had made housing and education the inter-related pillars of his policy. “I come from a very working-class poor background, and education gave me the chance of my lifetime, and gave me open opportunities for me and my family.”

His career through law to politics went through the local Bow School, still one of the top tenth schools in the country, and on to City University, and he wants others to follow in his footsteps.

“Education has always been one of my top priorities, my passion. In 2008, after I got elected to the council, there was a huge number of people, some 11,000-12,000 people, living in badly overcrowded situations, that created serious education and health inequalities.

“Kids just didn’t have the space to study. They’ll study in corridors. So, we started a revolution how to increase the housing stock – affordable houses; larger homes to reduce the overcrowding, and investment in our schools – make sure we have the best teachers, best facilities.”

There is a long tradition of immigration into the borough from the nearby docks, with longstanding Bengali, Chinese, Somali and Yemeni communities often derived from the “Lascars” – the non-British seamen who staffed the British Merchant Navy for centuries.

There is even a tradition of politicians from the sub-continent. From 1895 to 1906, Indian Parsee Sir Mancherjee Merwanjee Bhownagree was elected to Parliament by East Enders – albeit as a Conservative.

As an interesting sign of continuity, in the Whitechapel market is a statue to King Edward VII erected in 1911 by the loyal Jewish community, but now surrounded by Bengali market stalls and shops festooned in flags for the current Queen’s Diamond Jubilee.

When originally chosen as Labour’s mayoral candidate, he was the logical choice as a two-term leader of the Council. However, he was the subject of a “dog-whistle” campaign by opponents.

Just as conservatives in the U.S. use coded language to raise the hackles of racist voters against Barack Obama, similar language is used against Rahman, hinting at “links” to the Islamic Forum of Europe. That led to his decision to run, successfully, as an independent, and his victory has done little to increase the love.

Going to a mosque with “links” to other Muslim groups alleged to be “Islamist” provokes reflexes in a surprising range of people, from left-liberals alert to insinuations of anti-semitism to conservatives for whom it is a convenient cover for racism.

It is as though anyone who went to a Catholic Church was alleged to be “linked” to the Irish Republican Army or the Mafia, both noted for their religiosity.

Faced with accusations that he is dependent on the “vote bank” of Bengalis clustered around the old East India Docks, he points out, “When I got elected, I had 25,000 votes – they weren’t just from the Bengali community; they were votes from across across the community – double my rival’s vote.”

He adds, “Of course I’m of a particular faith, and of course I will, in my private time, I will go and pray at the mosques. Of course I’ll go to events, weddings, and social events from the various communities that I’ve come from, in synagogues and of course I’ve been to mosques.”

However, far from trying to impose Shari’ah law on the borough, his main concern has been mundane issues – notably how to translate the hundreds of millions pouring into the Olympics into tangible benefits for its residents.

The resulting infighting hampers the big work at the moment: which is to ensure that Tower Hamlets inherits some of the “Legacy” of the Olympics. Although the opponents harped on his affiliations with Labour’s left he is much more pragmatic.

“We understand very well that we need inward investment. We need people of influence, with money, to come into our borough and help us to create jobs and opportunities.”

“Above all, I’m extremely pleased that the Olympics has come to the area. It gives us as East Enders of London, as people of this country, a great chance to experience and feel the Games that may never come to our country in our lifetime.”