UNITED NATIONS, Aug 17 2012 (IPS) - With the U.N. ominously warning of an impending food crisis following severe droughts in farmlands in the United States, Brazil, Russia and at least two rain-deprived states in India, the world will once again turn its attention to a finite natural resource: water. 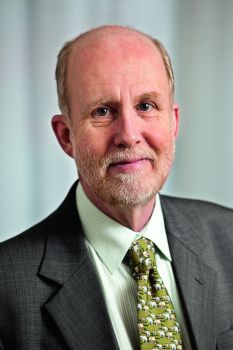 The U.N’s Food and Agriculture Organisation (FAO) said last week that if the international community fails to heed the warning, the food crisis of 2008 could repeat itself, triggering worldwide shortages and raising prices for agricultural commodities, including corn, flour, rice, maize, sugar, barley and even meat products.

Secretary-General Ban Ki-moon says that over the coming decades, feeding a growing global population and ensuring food and nutrition security for all will depend on increasing food production.

“This, in turn, means ensuring the sustainable use of our most critical finite source, water,” he notes.

And at its annual global conference, running parallel to World Water Week, the Stockholm International Water Institute (SIWI) will focus on an appropriate and timely thematic issue: food and water security.

Scheduled to take place Aug. 26-31, the conference is expected to draw over 2,500 participants, including U.N. officials, water activists, academics, scientists, journalists and representatives of non-governmental organisations (NGOs) and the business community.

Per Bertilsson, the acting executive director of SIWI told IPS, “What and how we eat impact water resources more than any other activity.”

Agriculture, he pointed out, is the largest water user worldwide, accounting for roughly 70 percent of water use.

He said the challenges and opportunities to provide everyone with a sustainable diet are critically important to understand not only to maintain our physical health, but also to maintain a healthy economy and planet.

In an interview with IPS U.N. Bureau Chief Thalif Deen, Bertilsson said almost half of the planet’s population of seven billion people does not enjoy a healthy diet.

Food supply, however, is not the only problem. Water and land resources needed to grow food are also under increasing pressure from all sectors of the global economy, he added.

Q: What is the significance of water and food security as the primary theme of World Water Week?

A: Though there is more than enough grown to feed all seven billion of the world’s inhabitants, well over one-third of it is lost or wasted. Increasing food production alone will not be sufficient to achieve food security, and requires large quantities of water which in some places may be more valuable if allocated to other uses.

Water and food security are in focus this year because we cannot achieve one without the other. We will key in on the huge opportunities to sustain a healthy global population without overtaxing water resources. We must invest heavily in increasing efficiency in agriculture, especially in the developing world, and take advantage of the business opportunities that exist in reducing losses in the food supply chain.

Helping people waste less food that they purchase, and eat healthier, is another direct way to relieve pressure on resources that brings major benefits to all parties. During World Water Week, we will discuss the smartest approaches to do this, exchange experiences and build partnerships to take effective action on these fronts.

We will also debate some very difficult and contentious issues, such as agricultural subsides, trade, and land acquisitions, which clearly impact water and food security but there is little agreement over whether that is for better or worse, and the smartest way to regulate them.

Q: If the international community falters in its commitments, what are the future negative consequences of potential water shortages worldwide?

A: Water shortages can constrain energy and food production and cause major disruptions to local and national economies. The U.N. Environment Programme (UNEP) released research last year that estimated demand for water could exceed supply by 40 percent within 20 years, if current trends continue.

As water is essential to every economic activity and all ecological systems, this would mean major setbacks in global gross domestic product (GDP), and many individuals would lose their livelihoods and socio-political tensions may rise. Businesses will face major risks to their operations, a fact they are clearly becoming very aware of, and will discuss at several events at the conference this year.

A fifth of the world’s population lives in areas experiencing physical water scarcity and 90 percent of global population growth will take place in areas that are already facing water stress. This means the wise use of water will be essential to facilitate growth in most of the world.

In developing regions, the consequences can be even more stark. The famine in the Horn of Africa in 2011 also highlighted the devastation that can be caused by droughts, and the very important function the international community can have in establishing effective early warning systems to respond to natural disasters and sudden or prolonged changes in water availability.

Much more work is needed to ensure that communities and governments across the world are equipped and capacitated to take early action to protect its people from the impacts of floods and droughts.

Q: Is there a role for the United Nations to meet the global water challenge? And is it rising to the occasion?

A: The United Nations plays a major role in confronting global challenges of all kinds, water and food included. There is a great amount of truly incredible work being done by a number of U.N. organisations on the ground to provide people with access to clean water and safe sanitation, and to generate and disseminate knowledge to improve water resources management around the world.

U.N. bodies will need to expand their efforts and ensure that they continue to improve the coordination and collaboration between its organisations, as well as with civil society organisations and governments. The primary challenge of much of the work being done on water and development is widely acknowledged – and organisations must move from working on a project basis to find actions that can be scaled up at a large scale.

While the United Nations, as well as civil society organisations and the scientific community can and do contribute to a water-wiser world, and as the scale of the challenge continues, they will clearly need to do even more.

They provide crucial support and are powerful influencers for local and national governments to prioritise water governance. But it should be stressed it still must be government and business leaders who should lead the way to meet the global water challenge.