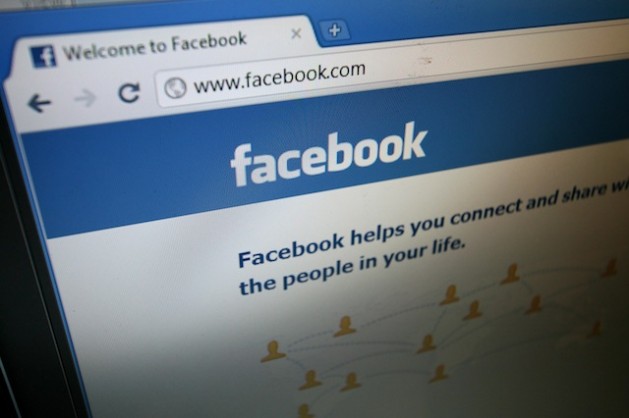 Ordinary netizens – from bloggers to Facebook users – could be persecuted under the Philippines’ new Cybercrime Prevention Act. Credit: Kara Santos/IPS

MANILA, Sep 29 2012 (IPS) - A newly enacted cybercrime law in the Philippines has raised fears that not only online media but also ordinary netizens could be persecuted for exercising their freedom of expression.

Media groups have expressed concern that the law poses a threat to press freedom and limits freedom of expression in the country. Bloggers and social media practitioners also point out that the new law allows the government to shut down websites without due process, and makes Internet users liable for simply clicking the ‘like’ button on Facebook or re-tweeting something on Twitter.

Republic Act (RA) No. 10175, also known as the Cybercrime Prevention Act of 2012, was signed into law by Philippine President Benigno Aquino III on Sept. 12. Actions now punishable as ‘cybercrimes’ include illegal access and interception of any part of a computer system without right, computer-related identity-theft, cybersex and child pornography, among others.

However, the law also broadens the coverage of libel as a content-related offense that can be committed by just about anybody using a computer.

Section 4 (4) of the Cybercrime Act deems as illegal any “unlawful and prohibited act of libel as defined in Article 355 of the Revised Penal Code, as amended, committed through a computer system or any other similar means which may be devised in the future”.

Libel is defined in Article 353 of the Revised Penal Code (RPC) as a “public imputation and malicious imputation of a crime, or of a vice or defect, real or imaginary, or any act, omission, condition, status, or circumstances tending to cause the dishonor, discredit, or contempt of a natural or juridical person, or to blacken the memory of one who is dead.”

Professor Luis Teodoro, who serves as deputy director of the Centre for Media Freedom and Responsibility (CMFR), says the new law actually strengthens an 82-year-old libel law that has been described by the United Nations Human Rights Council as “draconian” and “excessive”.

“At a time when the global trend is to decriminalise libel, the new cybercrime law is very regressive and takes us several steps backward,” Teodoro told IPS.

“In the age of new media, where ordinary citizens take to Facebook and Twitter as a venue for free expression, here is this absolutely objectionable law that gives agencies so much power to limit free speech,” he said.

He added that certain provisions of the law empower government agencies to take down or prevent people from seeing Tweets that have been deemed libelous, or even monitor activity on cyberspace, including private Facebook accounts.

The National Union of Journalists in the Philippines (NUJP) said that the enactment of the Cybercrime Prevention Act of 2012 betrayed Aquino’s commitment to transparency and freedom of expression.

In an interview with IPS, Secretary General of the NUJP, Rowena Paraan, called the law “sneaky”.

“Certain provisions in the law were not part of versions approved by the Senate and just suddenly appeared in the version that the president signed. These were not subject to consultations,” Paraan told IPS.

Many Filipinos are disturbed by the fact that the man allegedly responsible for this last-minute change, which lumps online libel with cybersex and child pornography, is notorious for plagiarising blogs, and recently elicited a spate of criticism from active netizens.

Citing Senate journals and interviews, investigative journalist and blogger Raissa Robles claims that Senator Vicente Sotto III pushed for the insertion into the law at the eleventh hour; an ironic twist, given various allegations that he copied parts of blog articles in previous speeches without crediting the bloggers.

“Historically, in the Philippines, it is the rich and the powerful who use libel as a weapon to suppress criticisms about them,” she added.

“Before the Internet came along, it was easier for the rich and the powerful to control criticisms. All they needed to do was buy a stake in newspapers, TV and radio. Or sue them. Now they have realised that the Web is beyond their control,” she wrote in a blogpost.

According to NUJP’s Paraan, anyone who uses the internet to express their opinions is now liable for what they post. Online statements posted on blogs and social media platforms such as Facebook and Twitter, that can be interpreted as an attack on the reputation of an individual or an entity, may give rise to libel suits.

“The cybercrime law needs to be repealed or replaced,” said Brad Adams, Asia director for HRW. “It violates Filipinos’ rights to free expression and it is wholly incompatible with the Philippine government’s obligations under international law.”

Various civil society groups have resorted to legal measures to stop government agencies from implementing provisions in the law.

“I’m quite happy that a lot of different groups have been questioning the threat to the rights of freedom of speech and due process and different provisions in the law,” Paraan told IPS, citing various civil society and blogger-led initiatives.

At the time of writing, at least five separate petitions have been filed with the Supreme Court, questioning the law’s constitutionality.

On Sept. 27 several bloggers and technology law experts hosted an online roundtable discussion on the Act using Google+ Hangouts. Netizens were able to view the live webcast via YouTube and send questions to speakers and lawyers through live chat and by using the #cybercrimelaw hashtag on Twitter.