Stories written by Kara Santos
Kara Santos is the IPS correspondent in Manila, Philippines. A freelance writer and photographer, she also contributes lifestyle and travel features to various magazines. | Web 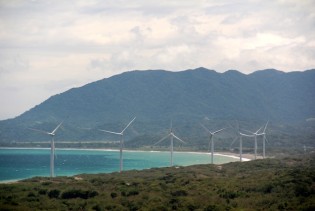 By Kara Santos
As the Philippines grapples with frequent power outages and a growing demand for energy, government agencies and private groups say the answer to the country’s power needs may lie in alternative sources.

By Kara Santos
International travellers may soon get to enjoy the scenic spots and rich cultural heritage of Muslim Mindanao, the Philippines’ southernmost island group, without the threat of being caught in the crossfire of the region’s conflict.

By Kara Santos
A newly enacted cybercrime law in the Philippines has raised fears that not only online media but also ordinary netizens could be persecuted for exercising their freedom of expression.

By Kara Santos
For the past three months, a transport group in the Philippines has been making use of biodiesel processed from used cooking oil for their jeepneys.

By Kara Santos
Barefoot and clad in traditional clothes, over a hundred indigenous Aetas gathered around a bonfire in a community nestled in the mountains of Capas town, in the Philippines’ Tarlac province. They had come together to celebrate their traditions and to instill in youth a sense of pride in their cultural identity.

By Kara Santos
Seashells and corals are competing with styrofoam packs, food wrappers, cigarette butts, and plastic bottles for space on some of the Philippines’ most scenic beaches. Graffiti mars tourist spots like lighthouses and caves, proclaiming the names of recent visitors.

By Kara Santos
As the world commemorates International Women’s Day today, women around the globe are speaking out on various issues that affect them. In light of recent natural disasters and calamities in the Philippines, women are increasingly citing climate change as one of their most pressing concerns.

By Kara Santos
Lesbian, gay, bisexual and transgender (LGBT) issues have generally been ignored in the Philippines, or worse, negatively portrayed to spice up mainstream media programmes.

By Kara Santos and Art Fuentes
For the first time since giving birth in prison 13 years ago, Sarah, an inmate in the Philippines’ largest detention centre for female convicts, saw her daughter via Skype video chat in her prison cell.

By Kara Santos
Environmental groups hope that a mothballed nuclear power plant on Bataan peninsula will become a major tourist attraction and earn green dollars for the country.

By Kara Santos
"Every time we go in the water, someone discovers something that's never been seen before," says Dr. Terrence Gosliner, leader of the ongoing 2011 Philippine Biodiversity Expedition.

By Kara Santos
In a country where an estimated 4,500 women die every year due to complications during childbirth, the enactment of a reproductive health (RH) policy is said to be a measure that could save lives.

PHILIPPINES: Pulling Children Out of the Tunnel of Hard Labour

By Kara Santos
At the tender age of 10, Rodel Morozco was working in a goldmine and crawling inside tunnels, until one day he fell 200 feet underground because his father had blasted the tunnel with dynamite.

By Kara Santos
Amidst political turmoil in Libya, thousands of migrant workers from the Philippines face a dilemma - either they risk their lives working in the conflict- ridden country, or they return home and face job insecurity.

By Kara Santos
Time is running short for three Filipino workers in China. Ramon Credo, Elizabeth Batain and Sally Villanueva - who were convicted of smuggling heroin in 2008 - are set to be executed by lethal injection Mar. 30.
Next Page »
ADVERTISEMENT ADVERTISEMENT