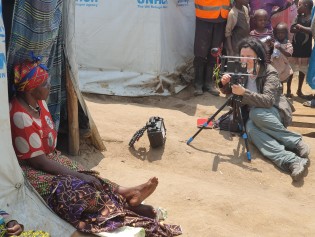 By Sam Otieno
Freedom of the press in Kenya is facing its biggest challenge since independence, with government censorship on the rise both during and since last year’s general election.

By James Jeffrey
It took Eritrean journalist Estifo* seven years to save up enough money to pay a fixer to get him and his family from the capital, Asmara, to the shared border with Ethiopia. After they crossed the border by foot, they turned themselves in to the Ethiopian authorities and claimed asylum as refugees.

By A. D. McKenzie
“They are cowards who react to satire by going for their Kalashnikovs.” That was how renowned French cartoonist Plantu described the killers of 10 media workers and two policemen in Paris Wednesday.
Next Page »
ADVERTISEMENT ADVERTISEMENT