In this column, David Kode, a Policy and Research Officer at CIVICUS, the global civil society alliance, describes a series of restrictions on freedom in Burundi and, in the run-up to elections in May and June, calls on the international community – including the African Union and donor countries – to support the country by putting pressure on the government to respect democratic ideals and by condemning attacks on civil liberties.

JOHANNESBURG, Apr 24 2015 (IPS) - Pierre Claver Mbonimpa is not permitted to get close to an airport, train station or port without authorisation from a judge.  He cannot travel outside of the capital of his native Burundi, Bujumbura. Whenever called upon, he must present himself before judicial authorities.

These are some of the onerous restrictions underlying the bail conditions of one of Burundi’s most prominent human rights activists since he was provisionally released on medical grounds in September last year, after spending more than four months in prison for his human rights work. 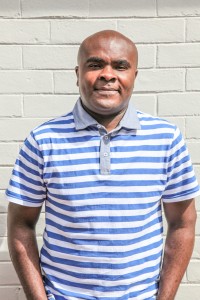 Mbonimpa was arrested and detained on May 15, 2014, and charged with endangering state security and inciting public disobedience. The charges stemmed from views he expressed during an interview with an independent radio station, Radio Public Africaine, in which he stated that members of the Imbonerakure, the youth wing of the ruling CNDD-FDD party, were being armed and sent to the Democratic Republic of Congo for military training.

The arrest and detention of Pierre Claver is symptomatic of a pattern of repression and intimidation of human rights defenders, journalists, dissenters and members of the political opposition in Burundi as it heads towards its much anticipated elections in May and June 2015.

The forthcoming polls will be the third democratic elections organised since the end of the brutal civil war in 2005.  The antagonism of the CNDD-FDD government and its crackdown on civil society and members of opposition formations has increased, particularly as the incumbent, President Pierre Nkurunziza, silences critics and opponents in his bid to run for a third term even after the National Assembly rejected his proposals to extend his term in office.

“The international community and Burundi’s donors cannot afford to stand by idly and witness a distortion of the decade-long relative peace that Burundi has enjoyed, which represents the most peaceful decade since independence from Belgium in 1962”

Tensions continue to mount ahead of the polls and even though the president has not publicly stated that he will contest the next elections, the actions of his government and the ruling party clearly suggest he will run for another term.  Members of his party argue that he has technically run the country for one term only as he was not “elected” by the people when he took to power in 2005.

Civil society organisations and religious leaders recently pointed out that Constitution and the Arusha Peace and Reconciliation Agreement – which brought an end to the civil war – clearly limit presidential terms to two years.

As the 2015 polls draw closer, state repression has increased, some political parties have been suspended and their members arrested and jailed. The Imbonerakure has embarked on campaigns to intimidate, physically assault and threaten members of the opposition with impunity. They have prevented some political gatherings from taking place under the pretext that they are guaranteeing security at the local level.

Civil society organisations and rival political movements have on several occasions been denied the right to hold public meetings and assemblies, while journalists and activists have been arrested and held under fictitious charges in an attempt to silence them and force them to resort to self-censorship.

Legislation has been used to stifle freedom of expression and restrict the activities of journalists and the independent media.  In June 2013, the government passed a new law which forces journalists to reveal their sources.

The law provides wide-ranging powers to the authorities and sets requirements for journalists to attain certain levels of education and professional expertise, limits issues journalists can cover and imposes fines on those who violate this law.  It prohibits the publication of news items on security issues, defence, public safety and the economy.

The law has been used to target media agencies and journalists, including prominent journalist Bob Rugurika, director of Radio Public Africaine.

The government does not see any major difference between opposition political parties and human rights activists and journalists and has often accused civil society and the media of being mouth pieces for the political opposition, describing them as “enemies of the state”.

In the lead-up to the last elections in 2010, most of the opposition parties decided to boycott the elections and the ruling party won almost unopposed. However, the post-elections period was characterised by political violence and conflict.

Ideally, the upcoming elections could present the perfect opportunity to “jump start” Burundi’s democracy.  For this to happen, the media and civil society need to operate without fear or intimidation from state and non-state actors.  On the contrary, state repression is bound to trigger a violent response from some of the opposition parties and ignite violence similar to that which happened in 2010.

The international community and Burundi’s donors cannot afford to stand by idly and witness a distortion of the decade-long relative peace that Burundi has enjoyed, which represents the most peaceful decade since independence from Belgium in 1962.

It is increasingly clear that the people of Burundi need the support of the international community at this critical juncture. The African Union (AU), with its public commitment to democracy and good governance, must act now by putting pressure on the government of Burundi to respect its democratic ideals to prevent more abuses and further restrictions on fundamental freedoms ahead of the elections.

The African Union should demand that the government stops extra-judicial killings and conducts independent investigations into members of the security forces and Imbonerakure who have committed human rights violations and hold them accountable.

Further, Burundi’s close development partners, particularly Belgium, France and the Netherlands, should condemn the attacks on civil liberties and urge the government to instil an enabling environment in which a free and fair political process can take place while journalists and civil society activists can perform their responsibilities without fear.  (END/IPS COLUMNIST SERVICE)