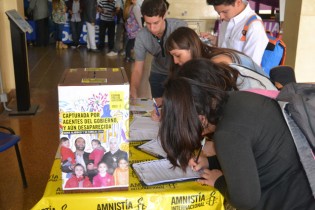 By Pavol Stracansky
As Ukraine’s capital experiences the worst violence in its post-Soviet history, some protestors are warning that the festering discontent with the regime which led to the current crisis is unlikely to disappear overnight even if a solution to the current impasse is found.
ADVERTISEMENT ADVERTISEMENT